A Parent’s Guide to Dealing with Fortnite 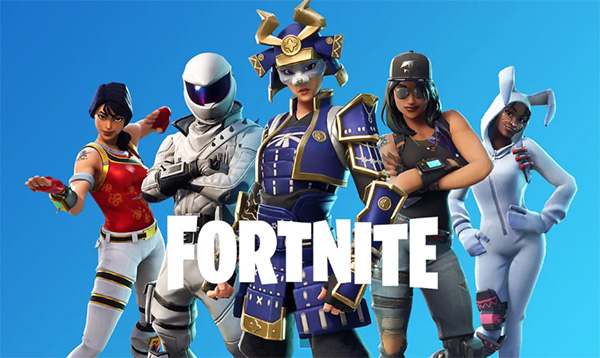 Can’t decide whether to let your child play Fortnite or not, you’ll find this article by Rachel Ehmke for the Child Mind Institute very informative.

If you have children from about nine to college age, it’s a good bet their holiday fantasies involve more time to play Fortnite. Kids of all ages are obsessively playing Fortnite on their phones, computers, PlayStations, Xboxes and Switches. When they’re not playing Fortnite they might be watching streams of other people playing it on Twitch or Youtube. The game’s almost hypnotising popularity has many parents worried.

Sarah, mom to nine-year-old Henry, says that Fortnite is different from other games.

“He has played other video games, but he hasn’t been so enamoured by anything like this before. It’s not like a sports game on the Xbox — it’s really addicting.”

She mentions a friend whose ninth grader stays up until 3 or 4 in the morning playing. Brian, father to another nine-year-old, describes walking outside and hearing neighbourhood kids screaming about near misses on a Fortnite game like it’s a World Cup final.

“We’re hearing from a lot of parents worried because their kids seem even more glued to this game than others, and tearing them away from it for homework or dinner is becoming an issue,”

“We’re also hearing about kids developing behaviour around the game that could get them into trouble.”

What makes Fortnite so appealing to kids? And how can parents keep them from getting so sucked into the game that it’s unhealthy? Why is Fortnite so compelling?

When people are talking about Fortnite, they are most likely talking about Fortnite: Battle Royale, which is the version of the game where up to 100 players battle to the death, with the winner being the last player standing. The game is similar to the ultra-popular Minecraft in that part of the object of the game is construction. In Fortnite players can build forts from materials they find in their environment. They can also loot supplies and equipment from defeated players, random supply drops, and from chests they find sprinkled around the game map.

“My favourite part of the game is the surprise of finding where the chests are and what’s inside them, or what’s flying around or what your opponents have if you kill them”

These surprise rewards can hold a strong appeal for kids. The excitement of finding a chest — and the possibility of what might be inside — is one such strategy that reinforces a person’s desire to keep playing and keep getting rewards.

Another feature that makes Fortnite enticing is the near-miss: When your character is killed on Fortnite, you get to see the health bar of the person who killed you. Often you will see that your opponent was also close to dying, so the game feels like it was very close. The near misses are tantalising, and you’re compelled to keep playing.

It’s a technique that’s used in other combat games, along with Candy Crush, which tells players when they just missed getting to the next level. Researchers studying the effect of these near-misses found that they triggered a substantial urge to keep playing.

“With a game like Fortnite, you’re losing frequently, but you also have so much potential with every game,”

“Not to mention that you don’t have to wait too long to start the next game.”

Each game is about 20 minutes long, and anyone who has ever binge watched a television series knows how quickly time passes with each successive episode.

One of the biggest draws of Fortnite is its social component. Kids can play with a friend or in a squad of friends. Rusty plays with his neighbour, and says they try to help each other out during the battles. If playing a game is fun by yourself, it’s naturally going to be more fun if you’re playing with friends. It also sets up some compelling expectations — and potential conflicts with parents. If you’ve set a time to play with a friend, you’re going to want to keep that appointment. If your friend wants to play the next game, you won’t want to let him down.

“With Fortnite, if you’re not on when your friends are playing, you’ve missed it,”

notes Dr. Anderson. And for kids, feeling left out is one of the worst feelings there is.

Fortnite certainly isn’t the first game to let people play together on a team. Games like Quake and Counterstrike also let you team up with a friend. But Fortnite introduces younger kids to the adrenalin-inducing appeal of a first-person shooter game that is played in real time with friends. That’s because parents are more likely to give younger kids their blessing to play Fortnite, since its cartoon graphics aren’t especially gruesome.

How much is too much?

While all this carefully crafted game design makes Fortnite fun to play, it also makes it hard to stop, so setting limits is necessary.

“We try to take a sense of the amount of free time that a child has, and what we want to know is that there’s balance,”

says Dr. Anderson. He has a checklist of things that he calls

to a child’s life, that parents should make sure kids aren’t missing out on. The list includes:

A healthy allotment of screen time would be one that wouldn’t disrupt these things. Rusty says he gets to play for two-hour blocks on weekends or days off from school, but never on weekdays. This schedule works for him, although he says many of his friends play every day.

You might like the idea of saving video games for the weekend, or you might agree that a smaller amount of time every day — maybe half an hour in the evening — is fine, as long as homework is done first. Whatever you decide, do continue to monitor how your child is doing, Dr. Anderson advises, and don’t be afraid to modify the schedule as needed.

Parents should also monitor kids’ behaviour when they are playing video games, especially social ones like Fortnite, Dr. Anderson advises.

For example, he reports,

“Lots of parents will come and tell us, ‘My kid only has 30 minutes where they get to play this game on a weeknight, but I walk by and I hear them saying insulting and derogatory things the whole time. What do I do about that?’”

The advice he usually gives starts with explaining the difference between good natured trash talk, which is fine, and bullying, which isn’t. He also recommends warning kids that the things they are saying while they are playing can have real life consequences. Someone could take a screen capture of what your child is saying in chat, or record audio, or a friend’s parent could even be in the room overhearing what he is saying. Then things can escalate.

“I had a kid last week get suspended from school for a day over swear words and threats that he levelled against another student about Fortnite, and the fact that the other student was playing with a friend of his without him.”

There are a few lessons here. The first is that kids shouldn’t feel like the rules are different in games or online. In video games when kids are feeling competitive — or slighted — and their adrenaline is boosted, it can lead to them saying things they wouldn’t normally say face-to-face. But the ordinary rules of conduct should still apply.

This is also important because the habits kids develop while playing video games can generalise into other settings, like school.

As with any discipline you enforce as a parent, setting clear limits is important.

Sarah is strict about not letting her son play Fortnite during the school week, unless it’s a treat, and he knows that. After hearing her son arguing and getting upset with a friend while playing the game, she also doesn’t let him play Fortnite with people he can’t play nicely with. But learning more about the game has also taught her when to be a little lenient. Because there’s no way to pause the game, she says she’ll let her son finish if he’s in the middle of a game. Her son appreciates that, and not trying to fight that particular battle helps everyone stay calm.

Brian says his son just got the game. And since he knows how wound up kids can get playing it, he made a point of warning his son that if he hears him getting overly emotional about Fortnite he’ll take it away.

“Over the weekend we were visiting friends and I heard one of the kids screaming, upset because now that Fortnite is released on the Nintendo Switch platform, he couldn’t port over the things he had earned on the Xbox,”

Setting limits from the beginning is ideal, but things aren’t hopeless if you haven’t done this yet. Make sure whatever limits you do decide to establish are made clear to your child, and make sure that you stick to them. Kids will learn pretty quickly if you’ll relent and give them an extra 20 minutes of screen time when they throw a tantrum, even if you only give in one out of every four times. Remember that with video games you’re up against a potent competitor, and stick to your own guns.

Between scorching hot days and thunderstorms and typhoons, you’ll no doubt be getting the family together for a board game session or two this...
Read more
Activities