Reading Time: 4 minutesWhen most of us think about postnatal mental health issues, we think of Postnatal Depression. And when we think about that, we often think of a woman who struggles to bond with her baby and can’t get out of bed. While this does, of course, happen, it is only one small part of a spectrum of mood disorders that impact women during and after childbirth. The focus of this article is going to be on the often-neglected area of Postnatal Anxiety. The precursors and consequences of maternal post-natal anxiety have received much less attention than depression, despite being one of the most frequently reported mental health difficulties experienced by parents following childbirth. 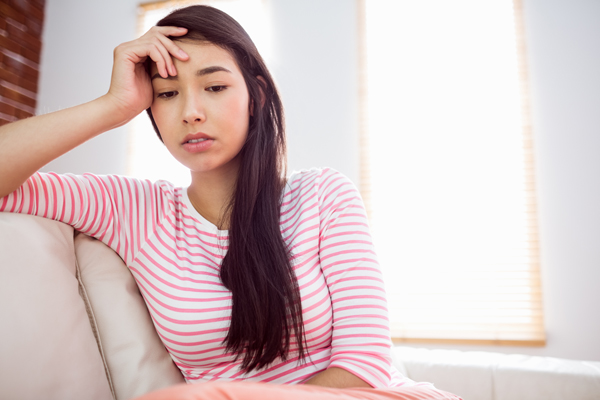 Anxiety is characterised by symptoms including worry, restlessness, agitation, sleep disturbance, and apprehension (American Psychiatric Association, 1994). In the postnatal period, the baby often becomes the focal point of this anxiety. Did she eat enough? If I bring him outside, will he catch a virus? Am I doing a good enough job? No one can care for her as well as me so I cannot leave her with anyone. All new mothers have these thoughts at various points but it can be crippling when they become obsessive thoughts, or they prevent us from having much needed sleep because the thoughts keep going around and around in our heads. That need for control and safety, hypervigilance, can spread to other members of the family or to the environment. Intrusive thoughts about the baby coming to harm plays like a record player in the mind.

While the prevalence of maternal postnatal anxiety is high, research into its potential effects on parenting behaviours has been slow to emerge. Several studies have reported that mothers who are anxious over a long period of time or go untreated, may overstimulate their infants, display intrusive or inconsistent behaviour towards their baby, and engage in behaviour that is insensitive to infant’s cues. Lack of sensitivity to such cues may contribute to and exacerbate sleep, settling and feeding problems in infants. (Feldman et al. 2009).

Compared with mothers not experiencing clinically significant levels of anxiety, mothers reporting high anxiety symptoms were also more likely to report using ineffective parenting behaviours (e.g. less warmth, affection and involvement, and more irritability and frustration) within the parent-child relationship. Lower parental self-efficacy can make it very hard to journey through those first few challenging months when we all struggle to feel normal and functioning. Throwing in, on top of that, that you don’t feel you are doing a good job of it or are failing at the role of motherhood will make it feel impossible. This, sadly, is where a lot of women get stuck and that awful cycle of anxiety and shame can often prevent people from being honest with their support network or reaching out for help. 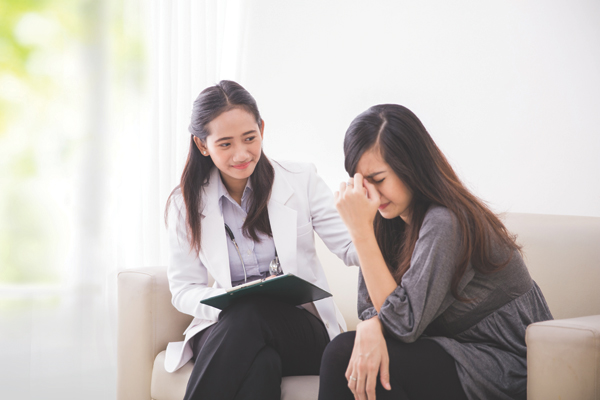 This period is a demanding life stage, where concerns about infant health are combined with new responsibilities, changing relationship dynamics, a significant unpaid workload, sleep deprivation, and the physical demands of recovery from birth and breastfeeding. The presence of environmental stressors (e.g. finance, household duties, relationships) are known to significantly predict anxiety in the postnatal period. Socio-economic disadvantage, younger maternal age and low educational attainment have all been associated with increased likelihood of reporting elevated post-natal anxiety. Furthermore, poor sleep quality and fatigue have been found to be associated with wellbeing difficulties, including anxiety in parents of young children. In addition to this, something that we see a lot in Hong Kong is the lack of family and social support exacerbating feelings of anxiety shortly after giving birth. And, high achieving women with tendencies towards perfectionism are also a cohort that are vulnerable to developing Postnatal Depression/Anxiety. Ambition and career success are relatively controllable, new born infants and what goes along with becoming a mother for the first time are not. For the first time in our adult lives, our existence has to revolve around someone that is not very good at communicating their needs or transparent about how to achieve the goal of being a happy and thriving baby.

There is more and more research emerging that shows anxiety is at least, if not more, common than symptoms of depression in the postnatal period. We know that women who have a history of mental health issues, such as depression, panic disorder, and obsessive-compulsive disorder may often deteriorate in the postnatal period but it can happen without expecting it. Often, women who have experienced Postnatal Anxiety can look back and acknowledge that they have always been highly strung or have a tendency to worry but sometimes it just comes out of the blue. Either way, we need to be aware of it, understand it, and recognize that while motherhood is hard, it does not have to be this tough. Early signs can often be seen in the last trimester of pregnancy and reaching out to your obstetrician or a midwife is an important first step to ensure a care plan is triggered.

In terms of treatment for Postnatal Anxiety or Depression, this can depend greatly on the individual’s history, if any, of mental health issues and the severity of the symptoms. If the illness is presenting as more severe in nature, evidence would show that best practice is a combined approach of medication and high intensity psychotherapy, such as Cognitive Behaviour Therapy. While the decision to prescribe and take medication is a serious one, the importance of preserving the mother’s wellness and in turn the wellness of the baby is paramount. Many women sadly think of taking medication as a sign of failure in their new role of being a mother and struggle to see that treating their illness will actually allow them to be the mother they want to be. Facilitating self-help is probably one of the most important roles that a psychologist plays in working with mothers experiencing mental health issues.

There are so many mothers who struggle through perinatal mental health issues, unfortunately. The newborn period is not a time to try and swallow or ignore those negative thoughts in your mind, it is the time to reach out and tell someone. Having Postnatal Anxiety or Postnatal Depression does not define you as a mother. Some of the bravest mums that I have met are those that have quietly struggled through this terrible illness, while still managing to meet the needs of their babies, but then recognise that enough is enough. It is time to do something about it.