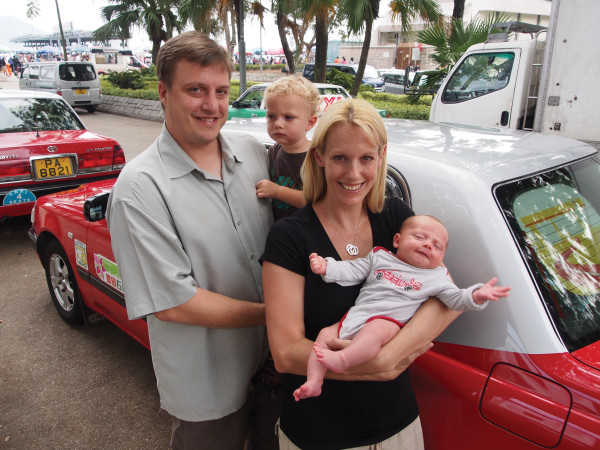 Mike and Brandi Ruby were settling in for a quiet Saturday evening at home in Sai Kung, when Brandi’s waters broke – three weeks before her due date.

Having endured a 12-hour labour with her firstborn, Michael Jr, Brandi assumed she had a little time to spare before heading off on the half-hour trip to hospital.

But, as contractions began to intensify sharply, the couple quickly left their home and hailed a passing taxi for a ride they’ll never forget.
“Five minutes in, I just knew the baby was coming,” says Brandi. “I could feel him in the birth canal and I just switched into survival mode and told Mike to get ready to deliver our baby.”

As a real estate professional with property firm CBRE, Mike had little experience with such matters, but says there was no time to hesitate or second-guess his actions. “I saw the head first, and then I just eased him out slowly, going on instinct,” says Mike. “The taxi driver asked if he should stop the car, but we just wanted to get there. It was kind of surreal, but exhilarating at the same time.”

Ten minutes after baby Hank’s arrival, they pulled up at the hospital and the cab was soon surrounded by a dozen doctors.

Mike made sure his wife and baby were safely inside before rushing off to find an ATM.

“I gave the driver $1,000 for his troubles, and thanked him for his steady, calm driving,” says Mike. “I don’t know his name, but he was certainly a big part of this crazy experience that, thankfully, had a very happy ending.” 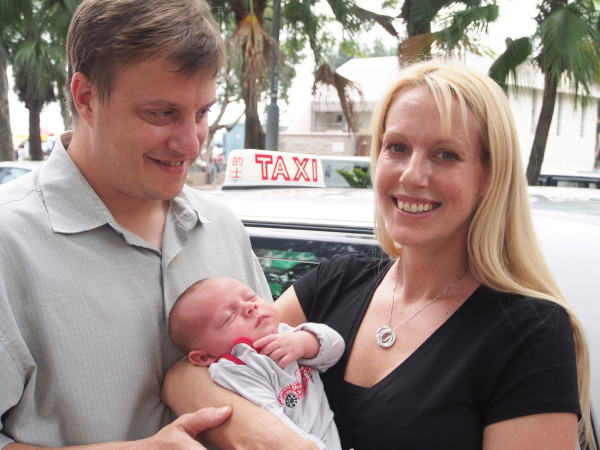