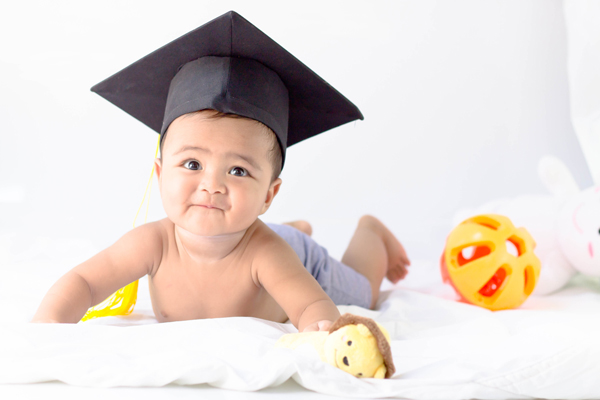 My friend Sylvia missed a social occasion. She explained it was because she had to accompany her daughter to a super-tough “second-round” interview by a panel of people in suits. I replied: “But your daughter’s two years old.” Yes, it was a multiple-round interview for a TODDLER.

It’s now harder to get into a kindergarten than a major investment bank, or so I deduce by the quality of staff at those places.

I was shaking my head over that conversation when a reader forwarded me a super-impressive resume sent to a school in China by the parents of a very small boy. What next? “My foetus is studying trigonometry and will start jazz dance immediately after birth.” Or maybe immediately before birth? “Left leg kick, two, three; right leg kick, two three …”

On the flipside, when this columnist adopted a baby, he and his wife were placed in chairs in a room, and then presented with a five-month-old infant for 20 minutes to interview it. What to ask? “So, how would you describe your strengths and weaknesses?” His answers weren’t exactly textbook, since he basically just dribbled a bit and then fell asleep. But we gave him a passing grade for general charm and for not pooping on us very much.

How do you judge infants anyway?

I once had to interview a large number of randomly chosen mothers and children for a survey. It quickly became evident that every single mother (from her point of view) had given birth to a child way above average intelligence. I realised that this could only work mathematically if there existed entire cities in which every individual was dumb as a rock. Having travelled a great deal in recent years, I can now confirm this is true.

Judging older children is even tougher. Two or three times a year I get to be a judge at junior talent contests. This is how they go.

Now, before anyone accuses me of being grumpy and cynical, I will admit that children can sometimes be very admirable indeed.

A group of Japanese children went on a Shinkansen train as part of a school trip, I was told by a reader from that country who sent me a news link. Before arriving at Tokyo Station, they cleaned their carriage so well that the train’s official cleaner was stunned. She tracked down the youngsters to Kawakado Middle School in Tachikawa and wrote a two-page letter thanking them. “I was deeply moved,” the cleaner wrote, according to press reports. “And I cleaned the rest of the train in a state of happiness.”

The cleaner’s response didn’t surprise me at all. Clearly she’s a parent. If my kids ever cleaned their rooms, I would fall to my knees, stunned, and happily write them a two-page thank you letter. I’d be so grateful, I might even feed and clothe them properly for a while. Or at least put on my talent contest judging suit and say: “Well done!”

It's never too early to nurture your child's interest in STEM and STEAM education, and a great way to do that is through toys,...
Read more
Activities

Is your child a budding tech innovator? Then send them to Genius Development (天才教室) to hone and develop their tech skills! The purpose of Genius...
Read more