‘Work smarter not harder’ is a phrase that’s sometimes greeted with shock by the nose-to-the-grindstone kids of Hong Kong. However, there are only so many hours in the day. Once students have packed those hours to bursting with studying and they’re still not keeping up, it’s time to add in some different techniques. 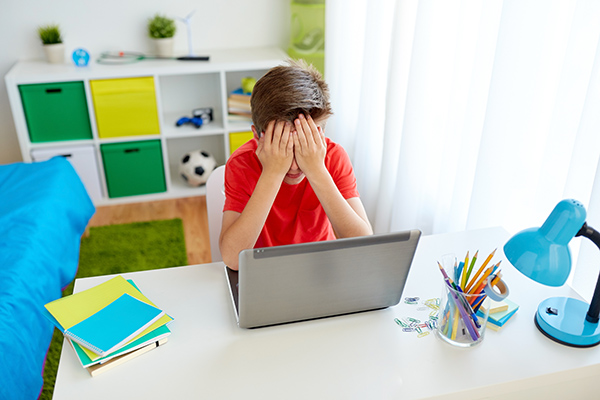 For a kid who’s falling behind, it’s important to figure out the root of the problem and take some time to tackle it head on. That way, the effort your child expends on their studies in future will be that much more effective.

Take a look at the types of problems that typically cause students to fall behind, and find out the ways to overcome them.

This is a common problem in the first few years of primary school. A curriculum is based around what most kids can handle at a certain age. But your child might be young in the year, or perhaps they haven’t quite developed a skill as quickly as everybody else. A child might be ahead in languages but a slow-starter in maths. How should you handle this?

Stay positive – Young kids like to categorise things in a very black-and-white way so as to make sense of the world. If they start to see themselves as someone who ‘just isn’t good at maths’ then they won’t improve even when they’re developmentally ready to. Keep positive and make sure they see that everyone has things they start slowly at and then later improve with.

Check with teachers – I have several students who are bright, thoughtful and hard-working, but they don’t get good grades because they haven’t got the hang of tests yet. I always encourage these parents to talk to all their kids’ teachers and find out which things the kid is really struggling with, since test results won’t show that clearly.

Pre-teach the basics – Feeling out of your depth is dispiriting. Find out what’s coming next in your kid’s toughest class and help them out with the basics. Then they’re prepared and able to pay attention to the harder parts of the topic when it’s covered in class.

Not everything can be your kid’s favourite subject, and it’s natural for them to work harder at the ones they’re interested in. However, exam systems like DSE and IB mean that students need to continue with a large number of subjects until they leave school. They can’t let those less-interesting ones fall by the wayside. Ways to deal with unenthusiastic learners:

Cross-curricular engagement – Find a way to bring your child’s favourite topic into play when they study the ones they’re less keen on. For example, if your child loves maths but hates studying Chinese, encourage them to read about maths in Chinese or play the strategic game of Go, about which there’s far more written in Chinese than English. With kids, enthusiasm is about 90 per cent of the battle – once they find something they’re interested in, they’ll teach themselves!

Adapt to their learning style – Children learn in different ways, but not every subject works well in each style. If you have a kinaesthetic learner who is finding their academic subjects hard, find a way to supplement the teaching with activities at home which suit their needs. Take a look at the tips here for ideas on how to help your child learn well.

When kids are aware that they’re weak in a subject, they often hide their embarrassment behind a mask of disinterest. Worse, their self-consciousness can trigger bad behaviour, which makes them fall even further behind. Try a couple of these techniques in combination in order to help these kids catch up:

Help out – Even if your kid has reached an age when you’d expect them to work independently, don’t force it if you sense they’re self-conscious about their weakness. They might act as though they don’t need you, but then they’ll silently flounder and fail to do their work well. Instead, take turns doing maths problems and writing sentences, or one of you can dictate and the other one writes. Then as your child grows more confident that you’ll be there to help, you can reduce the assistance you give and wait for them to ask for it.

Reward effort – Because kids who are falling behind rarely get positive attention for their ability, they seek negative attention instead. Bad behaviour in front of peers or as a response to help from adults is common. However, you can turn this around by making sure that the bad behaviour is not the only thing which gets your attention. Praise your kid’s effort and point out the things they’re doing well!

Sense of success – In my classes, I often get sent the kids who hate writing, and who spend an hour labouring over a paragraph with little success. To get these kids to improve, I hunt for the aspect of writing they’re great at – idea generation, character creation, descriptive details, etc. Whatever it is, that kid is our go-to person for it in the class. If anyone is struggling for a plot twist in a story, ask Jayden, or if they need adjectives for their setting, ask Anna. Soon, the confidence is shining out of these kids and they’re willing to ask for help as well as give it.

Lack of basics – Often, kids stop making progress in a subject because they’re missing a foundational skill. Ask their teacher or a tutor to suggest some work on the key skills that your kid might need in order to progress.

Overstressed – In Hong Kong, this can’t always be helped. However, make sure to take advantage of lower-stress periods such as school holidays to dedicate some focused time to a weak skill. This doesn’t need to be as punishing as it sounds – a kid struggling with maths could do a robotics course in summer, or a child falling behind in English can take a holiday reading challenge. Kids can make excellent progress when they have a little more room to breathe!

Willow Hewitt is the Head of English for i-Learner Education Centre. She has been teaching in Hong Kong for several years. www.i-learner.edu.hk/