Blame it on Beckham 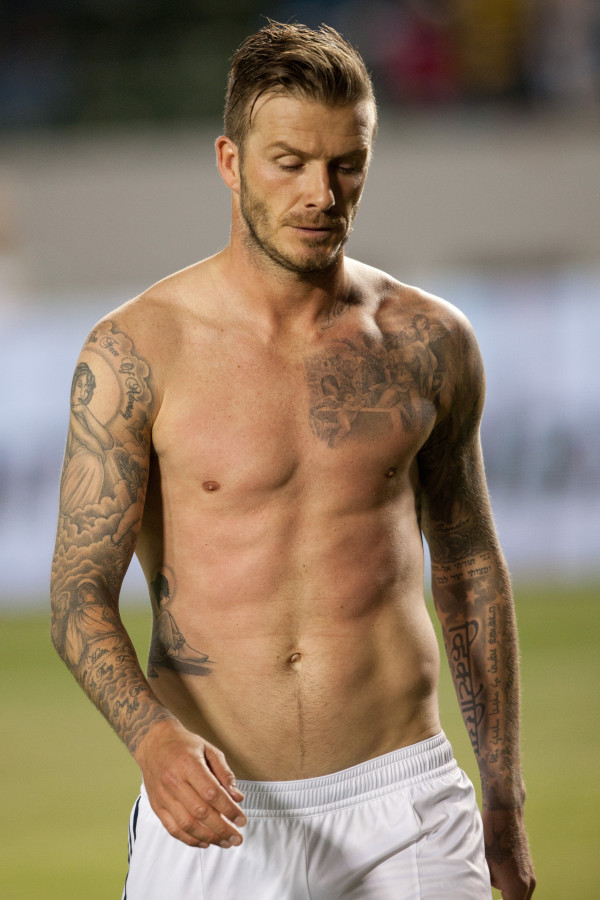 It is now rare to walk into a supermarket or pharmacy and not see an entire section full of “manly” facial scrubs, toners, anti-wrinkle eye ointments and even night creams. Gasp! John Wayne must be turning in his grave. Times have definitely changed and it’s understandable to a certain degree. As scientific advancements continue to extend human lifespan, it is natural that one would want to preserve youth as long as possible. Images of housebound grannies knitting in rocking chairs have been replaced by proclamations of “Thirty is the new twenty!” or “Age is just a number”. Tales of 70-year-old body builders with physiques rivalling those in their twenties are all over the internet. Movies such as The Bucket List coupled with the rise in popularity of extreme sports among the elderly are examples of the mindset of today’s modern man. More than ever, we are refusing to “go gentle into that good night”.

As a result, the anti-ageing market has grown globally to be a US$260 billion industry in 2013, according to BCC Research. Many sociologists believe that this growth is fuelled mainly by the population of ageing baby boomers, but also to a rising interest from men seeking the Fountain of Youth. More and more males are making an effort to preserve their age. Gone are the days of married men sporting the “one pack” beer gut, “tighty whities”, with black socks and sandals. Today’s man wants to look good, feel good and live for ever.

Sinatra, Paul Newman and Humphrey Bogart are sitting at a bar having a conversation. Ol’ Blue Eyes turns to Paul and Bogey and asks,“What brand of skin toner do you guys use?”

Can you picture it? Neither can I. Even amongst my high school buddies, I can’t recall a single conversation in our 20-plus years of friendship where the topic of skin care came about. Talking about it meant we would have had to forfeit our “man” card. Back in the day, male vanity was looked upon as being effeminate.

Today, there’s been a radical shift in thinking. Male beauty is now recognised and valued. But with that recognition is also an increasing disconnect between the traditional ideals of male attractiveness and that of today’s man. What was considered ‘handsome’ and masculine has evolved considerably in the past few decades. The dignified look of greying hair is no longer celebrated. Once a symbol of wisdom, today’s men view it as an impediment to success. A recent study by L’Oreal revealed that the number of men visiting hair salons to have their hair dyed soared 50 per cent between 2008 and 2010.

And speaking of hair, the current fad is less is best. The hairy chests of Tom Selleck and Burt Reynolds, once the epitome of Hollywood masculinity, have given way to a trimming of the hedges, or ‘Manscaping’. Manscaping even applies south of the border. Heard of Brazilian waxing? Well now there’s ‘Boyzilian’ waxing, and it’s exactly what you think it is. In fact, a survey by Skin Health Alliance revealed that 31.7 per cent of men admitted to removing hair from their “other” regions.

Male skin care products have skyrocketed in popularity. Forty-three per cent of American men admit to using skin care items other than shaving products. And when it comes to dressing for success, gone are the frumpy, oversized suits and single cut jeans of yesteryear, replaced by form-hugging slim fit jackets and skinny jeans.

Tattoos, once considered a social stigma and label for delinquents, criminals and deviants, are now a cultural norm. A 2013 Pew Research study found that 36 per cent of Americans aged 18-25 and 40 per cent aged 26-40 have at least one tattoo. Almost every young athlete I see on television or in my gym is “inked” or “tatted up”.

But the ultimate example of the changing attitudes to male vanity is the scalpel. In 2014, according to Dr Michael Edwards, President of the American Society for Aesthetic Plastic Surgery (ASAPS), the number of men undergoing both surgical and nonsurgical procedures went up 43 per cent. Since 1997, when ASAPS first began tracking statistical data, there has been a 273 per cent rise in the number of procedures performed on men. Likewise, statistics from the American Society of Plastic Surgeons (ASPS) show a steady rise in male cosmetic procedures from the year 2000 to 2014. The most popular procedures include: Botox (or Brotox) injections, rhinoplasty (nose job), liposuction, blepharoplasty (eyelid surgery) and gynecomastia surgery (male breast reduction). 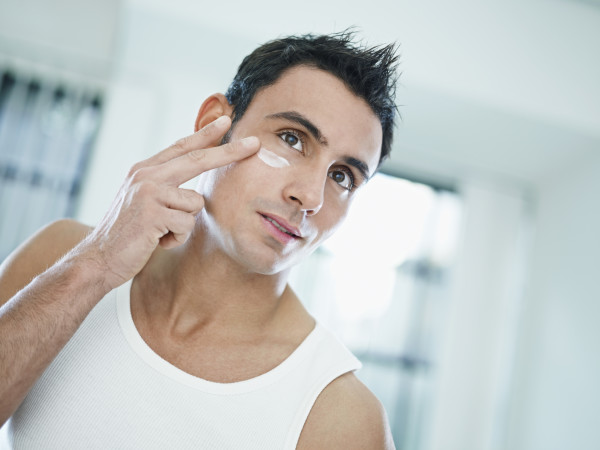 According to Billy Crystal’s hilarious portrayal of Fernando Lamas on Saturday Night Live, “It is better to look good than to feel good, my daawlings”. Obviously this is not quite accurate and feeling good is often related to looking good, and vice versa. Traditionally, pleasure for men has involved the Big Three: Sex, Alcohol and Drugs (SAD). As men are becoming more health conscious, new players are emerging in the male “feel good” market.

Alternative therapies including yoga, meditation and tai chi are becoming increasingly popular with guys. In the past, these activities were ridiculed and shunned, regarded by most men as being too “girly” or “new agey”. Currently, many top athletes and celebrities are bucking the trend and using these techniques in their training regimens. Basketball stars LeBron James and Kevin Durant regularly practise yoga as a way to increase their flexibility and endurance. Kobe Bryant uses meditation before games to improve focus and reduce anxiety. Keanu Reeves brings a masculine edge to a graceful martial art in his movie Man of Tai Chi.

But the biggest game changer in the world of manly feelings came in 1998 with the introduction of the little blue pill. Viagra was the epicentre of a social tsunami unseen since the advent of the birth control pill. Countless relationships and marriages were saved and many were ended. All of a sudden, age was no longer a limiting factor to ahem “performance”. Overnight, men in the 55-plus age group were back in the game. With a seemingly new lease on life, it was time to care about personal appearance again.

But does looking and feeling good mean you’re in good health? Not necessarily.

The term ‘men’s health’ used to be an oxymoron. Today, there are countless magazines and websites dedicated to the topic, and while studies do show that men are making more of an effort to be proactive about their health, we still trail women by a huge margin. Men and doctors are like oil and water. A recent Centers for Disease Control (CDC) survey found that males were 80 per cent less likely to use regular medical services when compared to females.

It is a comical fact that men only visit doctors when they are gravely ill or in a medical crisis. I see this in my own practice. The majority of my proactive patient base is female. My medical emergency cases tend to be male. Guys will wait until the pain is unbearable before they come into the clinic. Excuses range from, “I was too busy” or “It usually goes away on its own” to “It was never this bad”. This type of thinking can be very risky and can lead to a late diagnosis. Basing your health on how you feel can lead to severe consequences down the road. Doctors recommend regular screenings for blood pressure, cancer, cholesterol and STDs because, in most cases, symptoms go unnoticed until the late stages of the disease process.

Experts believe that behind all the excuses for not going to doctors, there are underlying cultural explanations. While women are more likely to have been conditioned since their teenage years to visit their doctor or gynaecologist regularly, young boys are rarely advised to see their family doctors for routine checkups. Many psychologists also believe that fear is another deterrent. What if they find something wrong? Health problems are viewed as a threat to masculinity. Young men are taught that seeing a doctor or getting sick is a sign of weakness and that “real men” don’t whine or complain about pain. Is it a surprise that women continue to outlive us? 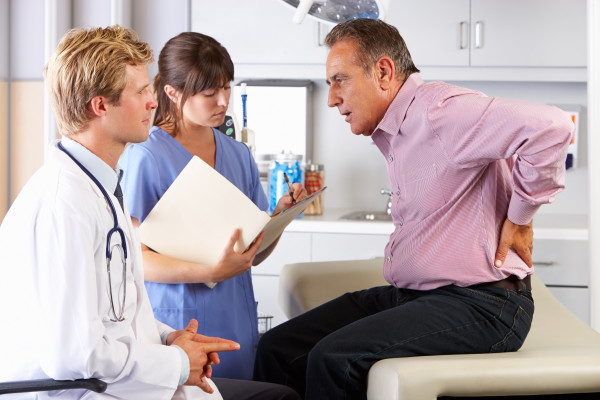 So why has the vanity bug hit the male species? A big chunk of the blame goes to the internet, social media and, of course, David Beckham. Bend it like Beckham? More like Blame it on Beckham. The poster boy for metrosexuals can be found everywhere. Massive billboards displaying his shredded physique and chiseled looks are the envy of both women and men alike. Social media has contributed to the accepted objectification of men. Sites like TubeCrush and Tinder focus only on physical appearance. Nothing is known about the personality behind the pretty face. Between Facebook, YouTube, Twitter and Instagram, anyone with a handsome profile and ripped abs can post a selfie and within seconds have an instant viral following. Online dating websites typically have skewed ratios that favour women, putting further pressure on guys to “look the part”. In an increasingly competitive work environment, many older men feel heightened pressure to look youthful to keep up with the younger workers.

Women have been fighting with society’s warped ideals of body image for generations. Inevitably, the battle has now spilled over into the male realm. Curse you, David Beckham!

CBD, or cannabidiol, is a compound found primarily in the flowers and leaves of the hemp plant. Its benefits are numerous, with many using...
Read more
Fashion & Beauty

Whether you’re celebrating a special birthday, anniversary, or just want to treat yourself to a makeover, its fun to get a little glammed up...
Read more