Cervical Cancer and the HPV Vaccine

September is gynaecological cancer awareness month. Katharina Reimer of the Karen Leung Foundation talks about the fourth most common cancer in women worldwide and how the HPV vaccine could help. 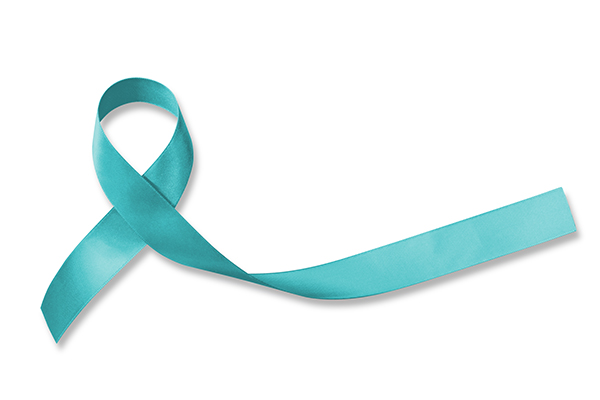 Human papillomavirus (HPV) causes more than 99 percent of cases of cervical cancer. HPV is the only carcinogenic agent responsive to a vaccine, making it a highly preventable cancer. Unfortunately, however, too little is done in Hong Kong to raise awareness of the issue, promoting and implementing primary and secondary preventative measures. Once detected it’s often too late and cervical cancer is very hard to treat once its reached stage 3.

HPV is the most common sexually transmitted infection in humans. It causes a range of different conditions, the most severe being several different types of cancer in both men and women. Virtually all cases of cervical cancer (99 percent) are linked to infection of HPV, as well as 88 percent of all anal cancer, 78 percent of vaginal cancer, 51 percent of penile cancer, 15-48 percent of cancer of the vulva, and 13-60 percent of oropharyngeal cancers, are also shown to be related to HPV. As of March 2017, 71 countries globally, including Australia, Canada, UK, and our neighbour Macau, had introduced HPV vaccines into their national immunisation programme for girls. Eleven of those countries also provide vaccination for boys.[1]

The charts below show statistics of incidence of cancers that are related to HPV according to the Hong Kong Cancer Registry. 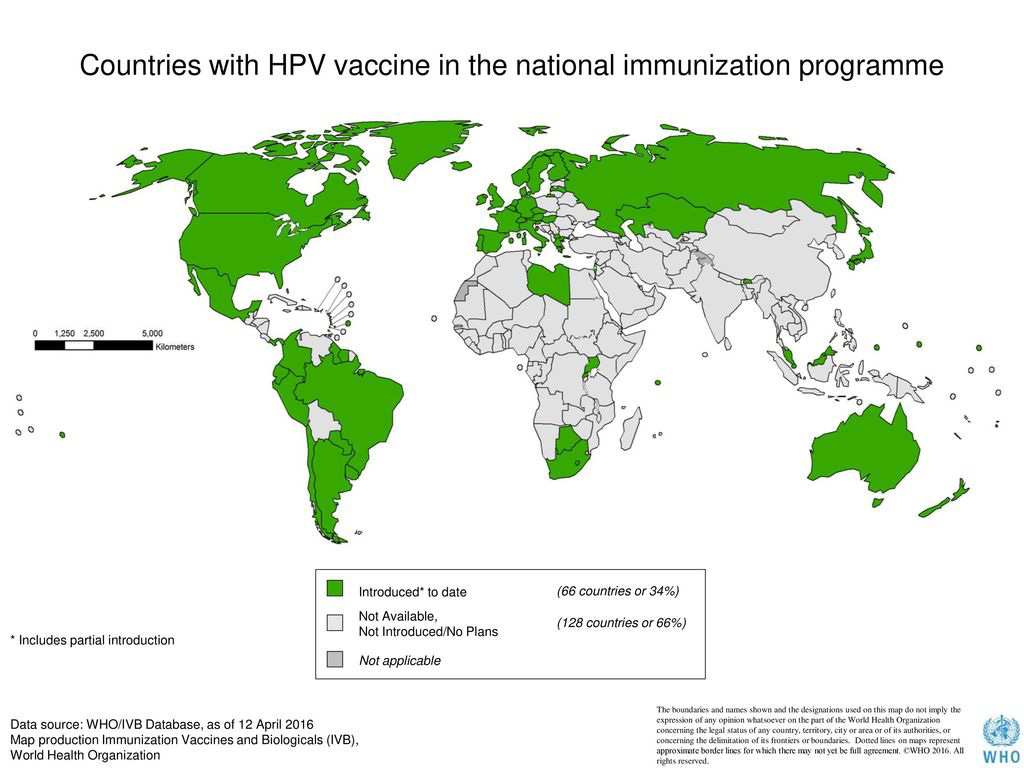 About the HPV vaccine

There are more than 100 types of HPV, but only 14 are considered high-risk for cervical cancer and, of those, types 16 and 18 are the highest-risk of all, causing 70 percent of cervical cancers. Four out of every five females are infected with HPV at some stage in their lives. As most HPV infections are transmitted through sexual contact, and anyone may be infected as long as there has been sexual contact, even with only one sexual partner. Normally HPV is naturally eliminated by the body. However, if the infection is persistent, especially the high-risk strains, cervical cells may start to grow abnormally and could eventually lead to cervical cancer.

Vaccination against human papillomavirus has the potential to drastically reduce the incidence of cervical cancer given that approximately 70 percent of cervical cancers are caused by the high-risk types HPV-16 or HPV-18. All vaccines currently on the market offer full protection against these two types of HPV.

Vaccination is especially important in regions such as Hong Kong where, although a comprehensive cervical screening programme was conceived in 2004 it has still never been effectively implemented.Recent research finds that only 48 percent of women [IN HONG KONG?] between the age of 25-34 have regular cervical screening whilst one third of women in Hong Kong believe it is not necessary to have a smear test if they have had sex.

Cost and effectiveness of the Vaccine

Unlike many other Western countries, Hong Kong has not yet implemented a universal HPV vaccination programme and the current uptake rates remain low; only 7-9 percent of school-aged females and 9.7 percent of university-aged females are reported to be vaccinated. Additionally, adolescent girls, university-aged women, and mothers of school-aged daughters reported that the cost of the vaccination is a deterrent. Lack of awareness as well as information about the vaccine and where to receive it have also been reported as barriers.

As HPV infection is sexually transmitted, the HPV vaccination is recommended for girls before their first sexual experience. The HPV vaccine is a safe and effective method of prevention against HPV, and therefore cervical cancer. The vaccine has demonstrated high vaccine safety ratings worldwide, and has not been associated with any proven deaths or serious health issues.[2]

The Community Care Fund Free Cervical Cancer Vaccination Pilot Scheme was implemented in October 2016 to provide HPV vaccination for girls in low-income families who meet the criteria of the CSSA and the School Textbook Assistance Scheme for their families. [3] As of January 2018, the Family Planning Association has vaccinated more than 10,000 girls through the pilot scheme, roughly about one-third of the programme’s target participation.

The vaccine costs at least HK$3,000-$6,000 for the full course in the private sector. Since 2015 Karen Leung Foundation (KLF) has provided HPV vaccinations free of charge to girls aged 9-14 in numerous schools in Hong Kong..The in-school vaccination component was undertaken in collaboration with partner schools in various areas in Hong Kong, mostly in the New Territories West, where a majority of the girls were from low-income families who do not meet the criteria or were unable to access the Community Care Fund pilot scheme.

Young women under 26 years of age may still get the vaccination, however less research has been done around the effectiveness of the vaccine after having been exposed to one or more sexual partners.

Most importantly, even once vaccinated at young age, later on in life and for optimal protection women should still go for regular gynaecological checks and HPV screening tests to prevent cervical cancer and ensure early detection.

There are no specific symptoms in the early stages of cervical cancer therefore it is vital that women undergo regular checks to ensure an early diagnosis, which in return can ensure higher cure and survival rates.

It is suggested by the WHO that woman aged 30 to 49 should go through cervical cancer screening at least once in a lifetime and, even better, schedule regular checks on a three to five year basis. Of course, women who are not in this age range but who are sexually active (before 30 years of age) or you have never taken the test before (after 49 years of age) are recommended to undergo the test.

The Pap-smear is considered the most simple and cost effective way for woman to be screened and will set you back between $100 to $1,500 in Hong Kong, depending whether one goes the public or private route. If the results come back normal, women are suggested to have their screenings in three-year intervals, although most private physicians or gynaecologists suggest one-year intervals in Hong Kong.

In recent years’, co-testing, which is a combination of a high risk HPV test and Pap test, provides an efficient option for busy Hong Kong women. If a woman has undergone the first co-testing with a negative result, she could wait up to five years before returning to the doctor. The HPV test costs between $2,500 – $4,000 and is only available in private practices.

Other than going for the screening, interpreting the result is also important. Even if there is a positive result it doesn’t mean that you’ve got cervical cancer. Your physician is in the best position to explain and guide you.

In the early stage, when cancer has only attacked the cervical cell, surgery is the best option for removing the abnormal cells and, importantly, women remain fertile after their treatment. If cancer is detected in the very early stages (stage IA), the survival rates are as high as 93 percent after five years.

However, if detected in the late stages (stage III & IV), surgery is not applicable or enough to treat cervical cancer, as the cancer has in most cases metastasis to other organs. Therefore, radiotherapy (potentially combined with chemotherapy) would be the treatment choice. However, radiation does not eliminate the abnormal cervical cancer cells (unlike surgery), and with multiple cancerous sites and challenges around determining accurate dosage of cancer medication, the five year survival rate drops to around 15 percent for stage IV cervical cancer patients.

About the Karen Leung Foundation

Since 2015, KLF has provided HPV vaccinations free of charge to girls in numerous schools in Hong Kong. More than 2,500 hundred girls have benefited and received the vaccination through KLF’s in-school HPV vaccination program. KLF also offers free screenings for low-income women and has several programmes running to address the low awareness levels around this type of cancer. www.karenleungfoundation.org

Katharina Reimer joined the Karen Leung Foundation as Executive Director in December 2016 and leads all aspects of the Foundation’s operation, fundraising and development. Being a passionate advocate for philanthropic causes around women’s and family health, as well as education, she has served on several philanthropic committees and foundation boards.. She herself has a young daughter and has experienced issues with her own gynaecological health and is hence passionate to educate Hong Kong mothers and fathers about the cause. (http://www.karenleungfoundation.org/our-team

It was recently announced that a free cervical cancer vaccination scheme will be introduced in 2019/20, thanks to Carrie Lam. The scheme will be available for schoolgirls of particular age groups and this initiative will be set up in order to help prevent cancer. This is a step in the right direction to improve women’s health care in Hong Kong.