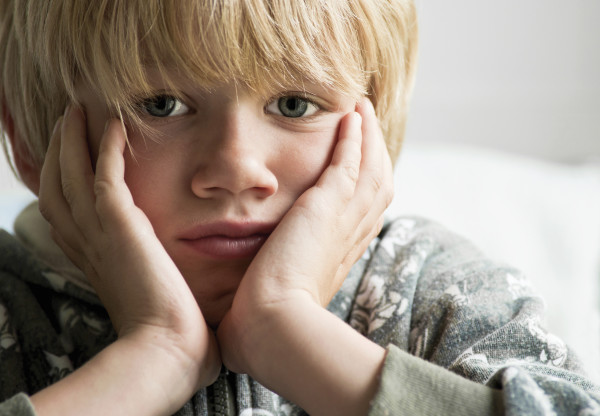 As a parent, watching your child fail at something can be one of the hardest parts of the job. Whether they score poorly on a test, lack athletic ability, or miss out on an invitation to a birthday party, we feel their pain and wish there was some way we could spare them the agony of disappointment. We spend our days trying to build up their self-esteem and helping them to succeed in all aspects of their life because we love them and want them to be happy. The flip-side of all of this is a protective barrier that shelters them from the harsh reality that sometimes life is hard and you don’t always get what you want.

We can all relate to the feeling of sadness of not getting asked to play, doing badly in an assessment, or being relegated to the position of benchwarmer during a game. While it’s often difficult for parents to allow their children to face any kind of setback, there are times when you should do just that. Rather than joining the ranks of parents who ban games like musical chairs, or insisting that everyone get a trophy at the end of the season simply for showing up, Madeline Levine, author of The Price of Privilege: How Parental Pressure and Material Advantage Are Creating a Generation of Disconnected and Unhappy Kids, suggests that, “Setbacks help kids develop key characteristics that they’ll need, such as coping skills, emotional resilience, creative thinking and the ability to collaborate.”

From parenting gurus to educators and behavioural psychologists, experts are now telling us that, not only is it OK to let your kids fail, it’s essential for their development and emotional well-being. Child and developmental psychologist John Shanahan says, “It is as important to allow children to fail and make mistakes as it is for them to experience success. I know a surprising number of older children and teenagers who have never really experienced failure, and when they do, they just cannot handle it because it is a new experience for them. I think moderation, like most things, is key. Obviously we need to support children and foster their self-esteem, but they do need to learn about failure and how that feels. I also think that you can sometimes learn more through mistakes and failures than doing something correctly.”

Learning to let them fail

Accepting that sometimes you need to let your kids fall down and experience disappointment may be easier said than done. So, here are some strategies to help you guide your little ones through life’s setbacks.

Acknowledge the benefits in learning the hard way. Paul Tough, who wrote a piece for the New York Times called, “What if the Secret to Success is Failure?”, believes that, “We all know on some level that what kids need is a little hardship: Some challenge, some deprivation that they can overcome, even if just to prove to themselves that they can.” Studies have found that high self-esteem is related to success, but not in the way that most people think. Children with high self-esteem don’t perform better; success comes before self-esteem, and most children gain confidence and feel better about themselves by overcoming adversity, not from being made to believe that they’re great as they are.

Get specific. How often have you heard yourself say, “You’re such a clever boy!” or “What a beautiful girl you are!”? It’s easy to lavish praise on our children when they’re simply being themselves, but studies have shown that non-specific praise can do more harm than good. Praising your child for being “clever” doesn’t let him know exactly what he did right, and when he fails at something, he will inevitably believe that he is no longer “clever” – which has the opposite effect on his self-esteem than you intended.

If children constantly hear how great they are, there’ll be less motivation for them to make an effort: If they’re already great, what is there to strive for? Rewarding children for a good effort teaches them that it doesn’t matter how well they do, as long as they try their best. It also gives them something concrete to remember to do next time. When it comes to praise, less is more. Children will value your words more if they’re not hearing how wonderful they are, all day, every day.

Lead by example. Children will cope better with disappointments if you handle your own with a good attitude. Hold your head high and talk about the mistakes you’ve made – it helps if they know you’re fallible, too. John Shanahan recommends that parents discuss some of their own failures, how they handled that feeling and what they did next to improve upon the situation.

Shift the focus. Winning isn’t everything, and for young children who are relatively new to activities like team sports, it’s more about the social skills, exercise and fun than the competition. When too much emphasis is placed on the end result, children often lose the motivation they need out of fear of failing, and may even be distracted during a game and “choke.” If you teach your children from a young age that the most important thing is the effort they put in, there’ll be less pressure on performance. John agrees: “I often tell parents to focus on rewarding or highlighting efforts, rather than successes or failures. It is more important for children to put in effort and try their best than whether they succeeded or failed.”

Put a positive spin on it. Treat your child with empathy and compassion, and validate how they’re feeling after a failure; but, rather than dwell on what didn’t work, treat failure as an opportunity to identify areas that need improvement. Encourage your child to think more positively about it by looking for ways to make progress, discussing what they can learn from the experience and how to avoid making the mistake again. Educational consultant Kelly Trotter King calls this “successful failures” and believes that letting children accept defeat and criticism helps them evolve and mature.

Persevere to a point. “If at first you don’t succeed, try and try again.” There is no greater motivator than wanting to do better next time. Encourage your kids to pick themselves up and keep going. But, if they are truly bad at something – though it can be hard to admit that – despite putting in their best efforts, then steer them towards new things. Children who are afraid of failure may be hesitant to try something different, but having a go and finding a new passion is worth the risk, and will teach them to be more adventurous.

Resist the urge to control everything. We’ve all heard the term “helicopter parents,” those overprotective types who hover over their kids and control every aspect of their lives, constantly swooping in to prevent them from falling and getting hurt. As a teacher, I’ve met parents who go so far as to do their children’s homework and assignments to spare them the embarrassment of a potentially low grade. As a parent, you should be a guide, not a hero. You can’t always be there, and eventually your children will have to face the world, university, employment, relationships, alone. Teach them how to cope, give them solutions, and have faith that they will learn some valuable lessons in how to look after themselves if given a little space. 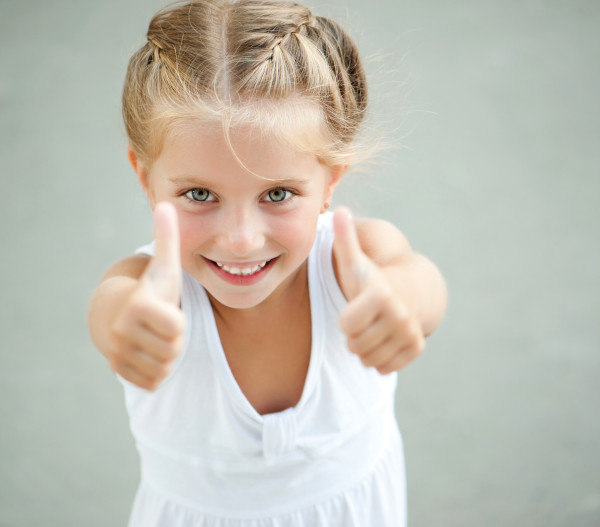 Time to step in?

For those parents, like me, who have a hard time letting go, it’s important to know that there are times when it’s OK to step in and save your little one from a potential failure. You know your child best, and only you will know just how much struggling they can bear. John says, “Some children have the temperament and resiliency to handle a wide range of failures and move on. Other children are more sensitive and have more difficulties getting past a disappointment. Some children will take a failure in their stride for a particular area (such as failing an exam) but will be extremely distraught over a failure in another area (such as losing a rugby game). There is, therefore, [limited] scope for parents to wrap their children in cotton wool.” In cases where a child just can’t seem to get past a failure and move on to try again, he says, “To cushion the blow, parents can try to attribute the failure to a lack of luck, lack of effort (only if true), or the task being too hard.”

There are occasions when it might be necessary to spare your child from learning a lesson the hard way. If they’re ever in danger: they don’t need to be thrown in the deep end of the pool to learn that they can’t swim, for example. If failing would cause great humiliation, or would lead to them being bullied by others, it’s always better to step in and give them a helping hand. Children with physical impairments, learning difficulties and conditions like autism may believe they are more capable than they actually are and may require a little extra cotton wool than others. There is always leeway for a little more parental protection.

It can be heart-breaking to see your child disappointed over a setback or failure, but, with a little guidance from you, they will learn to see the positives. What can be more rewarding than watching your child come through the other side of that disappointment more resilient and stronger than before?

Summer is here! Whilst travelling may seem like a long shot right now, there is still plenty to see and do right at home...
Read more
Trending Now

Thanksgiving falls on November 25 this year and while we still may not be able to travel easily, we can still enjoy some home...
Read more