“Are you the mother or the grandmother?” a stranger asked one day as I was stretching before a power walk next to my younger daughter, still in a stroller. Was she talking to me? I quickly looked around. She sure was. 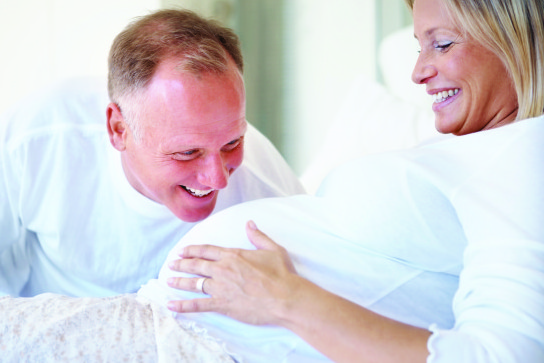 As I started walking, making a mental note to get my roots touched up and find a good dermatologist, I wondered whether other first-time mums in their forties had experienced the same stinging question. Did they also find it immensely challenging to balance the unflattering physical collision of age with all of the stresses of first-time motherhood? Are there other issues that we “mature mums” deal with that elude younger mums?

“I suppose on the days when I feel tired, the thought has crossed my mind that I might have more energy if I was younger, but those days are really rare,” says Elsbeth, who became a first-time mother at 42. “And I worried throughout my pregnancy about the genetic disorders found more frequently in babies born to older mothers. But I never had any complications, felt great throughout my pregnancy and had an easy, normal birth to a healthy daughter.”

The average age of childbirth is climbing notably in many countries. Even as the birth rate in the United States has slumped during the recent recession, only women over the age of 40 continued having more babies than they did in the past. This trend is commonly attributed to women finding the right partner later in life, waiting longer to marry, choosing to focus solely on education and career opportunities and, sometimes, being ambivalent about whether or not to have children during their childbearing years.

It’s not all grim

Despite the trend, the scary statistics continue to dominate the media and discussions between women and their doctors. Rarely do we hear that the American College of Obstetricians and Gynecologists and other leading medical associations have concluded that most healthy women from the age of 35 into their forties have healthy pregnancies. Instead, the focus is typically on the potential hurdles and problems caused by advanced maternal age – so much so that many people are unaware of studies that show that it might be the rising number of older fathers – not mothers – that’s responsible for the sharp increase over the past decade of various childhood behavioural disorders, including autism.

“When I was 40 and told my doctor I wanted to have a baby, he overwhelmed me with charts, graphs and medical articles featuring how difficult it would be to conceive and the high risk for birth defects to the foetus if I did,” says Lindy Moran, owner of Little Picasso Studio, who became a first-time mother at 40 to Matteo, and then had son Lucca at 43. “I remained positive and was pregnant naturally within three months.” Lindy also became pregnant within a few months when trying to conceive the second time and had normal pregnancies and deliveries with both healthy sons.

Dr Lucy Lord is an obstetrician and partner at Central Health Medical Practice, where approximately 40 per cent of their expectant patients are over the age of 35. She says first-time mothers should be more concerned about psychological and emotional issues than the physical distress.

“For the past 200 years, we’ve been focusing on the physical health of children and devoting only a tiny proportion of effort to the mental health of mothers,” Lucy says. “With today’s technology, none of the risks to the baby that are related to maternal age are unmanageable if everyone is prepared and meticulous. We must focus more on how we can prepare first-time mothers to deal with the psychological and emotional issues they will face as a new parent.”

Lucy has observed that first-time mothers in their forties can range from career-driven perfectionists who struggle to cope with an unpredictable infant to those who are mentally mature because they have accomplished many of their goals in life and have had more time to evaluate their emotional strengths and weaknesses.

“Older moms generally are more interested in establishing stricter schedules and routines as soon as possible,” says maternity nurse and former nanny, Liane Dalby, who adds that mothers who have had a successful 20-year career can be more prone to feelings of helplessness when their new baby doesn’t easily comply.

But according to Kelly, a first-time mother at 44, achieving a successful, long-term career is precisely what makes her a more patient parent than she would have been in her twenties or thirties. “By the time Mia arrived, I had been working as a writer and magazine editor for almost 20 years, had a stable, long-term marriage and had travelled everywhere, so I had the financial stability and peace of mind to take a career break and focus on her,” Kelly says. “And I’m more confident than I was when I was younger. I have a much better sense now of what I value and enough life experience to make big choices without needing reassurance or approval.” 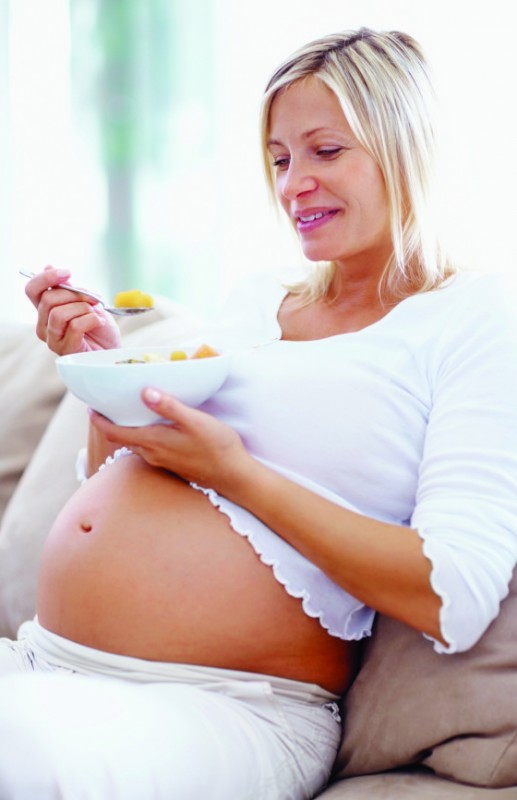 Studies consistently have shown that the children of older parents grow up in wealthier households, lead more stable lives and do better in school, and sociologists have suggested that older parents are more loving, on the whole, than younger ones.

According to a British study presented at the Royal College of Paediatrics and Child Health Conference last May, children of women over 40 tend to develop a broader vocabulary from a young age and achieve higher scores on IQ tests in a range of measures up to the age of five. Researchers concluded that older mothers may be less impulsive, calmer and have more experience that better equips them for the role.

However, non-negotiable disadvantages of having children later in life are that parents may not have all the children they dreamed of having and that they may not live to meet their grandchildren. These grim realities often motivate older parents to become healthier because they want to make sure they are around as long as possible for their young children.

“Because we are older, we want to make sure that we stay in very good health so we can be here for our daughter,” Elsbeth says. “And there is less time to wait if we want her to have a sibling.”

While first-time mothers over 40 may need to work harder to recover their pre-delivery shape, the British Geriatric Society has suggested that women who have children later in life actually live longer than younger mothers because of better diet and lifestyle choices. And Dr Thomas Perls, a geriatrician from Harvard Medical School, found that women who gave birth in their forties were more than four times as likely to live to the age of 100 as those who has their children at a younger age in an observational study of 1,500 centenarians.

So, any worries about being mistaken as my children’s grandmother seem pretty trivial within the overall outlook of motherhood in the 21st century. And as Dr Lucy Lord advises, all mothers – whatever their age – must make a conscious effort to release any anxiety that could be passed onto their children, regardless of the source or scale.

“Becoming a mother in my forties wasn’t exactly my choice,” Kelly says, “but raising a child at this point in my life has been an absolute blessing.”

Not only do vaccination schedule recommendations differ between countries, in Hong Kong some vaccines are not covered by the government programme and are only...
Read more
Health

You’ve just survived childbirth. Surely with all the physical trauma you’ve just experienced down below, there’s no way the universe would allow you to...
Read more