Food and nutrition is no longer as simple as ‘an apple a day’. Many consumers now want to know more – where is the apple from? Is it organic? GMO-free? Today more than ever, especially in Hong Kong, we have an amazing range of choice to indulge in, either for palate or nutrition preferences, such as tomatoes from Italy, organic dairy from Australia or live seafood delivered right to the door. Parents have to navigate through a dizzying array of new trends, literature and choices to determine what they think is best for their families.

Parents have also become more cautious about what their children are eating. This is fuelled by concerns over major food scandals (such as toxic milk and tainted meats), radical changes in our food production, greater use of pesticides and some disconcerting health trends among children, such as increasing rates of childhood obesity. 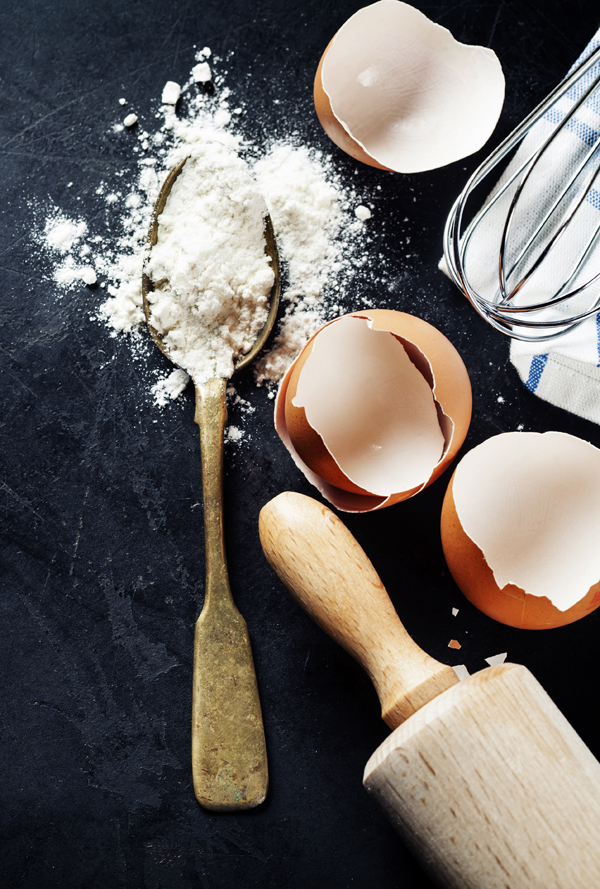 Graeme Bradshaw from IMI offers these suggestions to help you move towards a healthier and more well-balanced diet.

These developments have given rise to several key food and nutrition trends for children. So what are parents looking for – and trying to avoid – when feeding their children?

Organic food produce is typically grown without the use of pesticides or synthetic fertilizers, while animals that provide organic meat, eggs and dairy products are not given antibiotics or growth hormones. Organic food is produced compliant with standards set by governments and international organizations, and certification is regulated by food safety authorities. In Hong Kong, these are the HK Organic Resource Centre and the HK Organic Certification Centre, which also has a list of certified organic farms.

The organic food industry has grown rapidly with US sales increasing almost tenfold to $35.5 billion from 1997 to 2013, and the product range has exploded from fresh produce to baked beans and soya sauce. It is widely believed that organic foods are safer, more nutritious and tastier, which is why consumers are willing to pay a significant premium for them.

To date, only the first claim has been proven, as organic foods have a much lower risk of pesticide contamination. Parents’ concerns on pesticides appear validated as the American Academy of Pediatrics states, children have “unique susceptibilities to pesticide residues’ potential toxicity,” and cites research linking pesticide exposure in early life to “pediatric cancers, decreased cognitive function, and behavioural problems.”

The Environmental Working Group (EWG) publishes an annual list of The Dirty Dozen™, which is produce found to contain the highest concentrations of pesticide residues. In 2014, this list included everyday items such as apples, strawberries, spinach and potatoes. For those concerned about pesticide intake, it is recommended to buy organic for the above, or to use a special wash prior to consumption. On the other hand, The Clean Fifteen™ are foods that have low concentrations of pesticide residue, such as avocados, pineapples, cabbage and eggplant. For these, there may not be much benefit to buying organic.

There is little evidence substantiating the claim that organic foods have a higher nutritional content. Findings from a recent UK Food Standards Agency (FSA) review, supported by similar studies in France and Sweden, showed no evidence of any additional nutritional benefit from eating organic.

Natural foods are generally products free from artificial additives such as colourings, preservatives and sweeteners.

Most food and beverage products marketed towards young children have the “natural” claims of “no additives or preservatives”. Unfortunately, the unregulated definition of this label has resulted in some manufacturers taking too many liberties. Recently, legal action was successfully taken against General Mills for labelling its bestselling Nature Valley granola bars as “100% Natural”, despite the fact that they contained many artificially produced ingredients.

Artificial additives are believed to have several negative effects on children, such as increasing hyperactivity and worsening ADHD symptoms. It is recommended to reduce the intake of such additives, particularly if children have learning or focus issues. While there is insufficient evidence to establish a link between artificial additives and negative health effects, there is also no evidence to rule out parents’ concerns. However, to put things into perspective, The Better Health Channel, which provides health information funded by the State Government of Victoria (Australia), states, “In terms of health risk, food additives would come in at the end… after food-borne micro-organisms, inappropriate hygiene and eating habits, environmental contaminants and naturally occurring toxins.”

Gluten-Free diets are becoming increasingly popular, as evidenced by the increase in gluten-free products available in supermarkets, bakeries and restaurants. Gluten is a protein found in grains like wheat, barley and rye. Because gluten makes food taste better, it is also added to many other products, from sausages to French fries.

For people not suffering from coeliac disease, eating gluten products is harmless. However, several benefits have been anecdotally attributed to gluten-free diets, such as increased energy and concentration, improved digestive systems and reduced symptoms of some behavioural problems.

Genetically-Modified (GM) foods contain genetically modified organisms which have had new genes from other organisms added. This is to enhance desirable traits, such as improved nutrition levels, disease resistance or drought tolerance.

A key concern about GM foods is the unexpected exposure to allergies if the new protein in a GM food comes from a source known to cause human allergies, or one that has never been consumed as human food. A major GM project of adding a gene from Brazil nuts to soybeans was dropped when it was discovered the new soybean would trigger major nut allergies. Another concern of GM foods is the potential impact on the effectiveness of antibiotic drugs. This is because some GM foods have antibiotic features introduced to make them more disease-resistant. While this theory is unproven, the FSA is encouraging the phasing out of using antibiotic-resistant genes.

As GM foods are a fairly new development, the debate is still on as to whether they truly have any negative side-effects. However, many prefer to err on the side of caution and avoid GM foods where possible, although this might be difficult as the regulation on GM foods differs across countries. On one end, the EU has taken a very cautious approach by banning GMO crops and requiring labelling for all GM products, while in Hong Kong there is no regulation whatsoever requiring labelling on the sale of GM products. This has caused some concern in Hong Kong, as many consumers prefer to make an informed decision regarding their consumption of GM foods.

‘Superfoods’ is a marketing term coined for foods purported to have an unusually high content of antioxidants, vitamins or other nutrients. Popular examples include chia seeds, kale and spirulina, and many of these are finding their way into children’s diets. However, the lack of any official definition, credible research or regulation on ‘superfoods’ causes the list to change frequently and some marketers to use it misleadingly. Such issues have led to the term ‘superfood’ being banned from labelling in Europe.

With so many different views, trends and options available on the subject of food and nutrition, it can be daunting to sift through it all, and to work out what is best for you and your family. It is also important to bear in mind that it’s the overall diet that is most important, and not to rely overly on the alleged miracle properties of any particular food, be it organic or a ‘superfood’.

3 Easy Christmas Treats to Make With Your Kids

The holiday season is here, which means that it’s time for lots of festive cooking and baking. Make it a family affair by getting...
Read more
Food

Considering a plant-based diet? This comprehensive article looks at why eating plant-based foods and meat alternatives is not only better for the environment, but for...
Read more