Paternity: The Impact New Fatherhood Has On Men

Once the initial congratulations have been offered, and one or two weeks of paternal leave taken, do we really believe that some fathers expect to resume their old lifestyles, undisturbed by the significant addition to their lives?

We know that any major life change takes time to adjust to, and that each person responds differently in different circumstances. So why do we frequently overlook the impact that new fatherhood has on men? It is true that a man’s body does not go through the physical transformations of pregnancy and the accompanying exhaustion. But that is not to say that the birth of a child does not shake the foundations of a new father’s world, or that witnessing his partner change into a mother does not require a period of adjustment.

Becoming a father can bring about a vast number of emotions, including feelings of joy and pride. It can also bring to mind past childhood memories, for better or for worse. But like most new mothers, more ambivalent feelings are likely to co-exist. There can often be a sense of anxiety at the responsibility of providing for and protecting such a tiny, vulnerable little being. Some couples may also experience a sense of resentment at what can feel like the loss of a previous lifestyle and, in some instances, their marital relationship. And then there is the sleep deprivation! 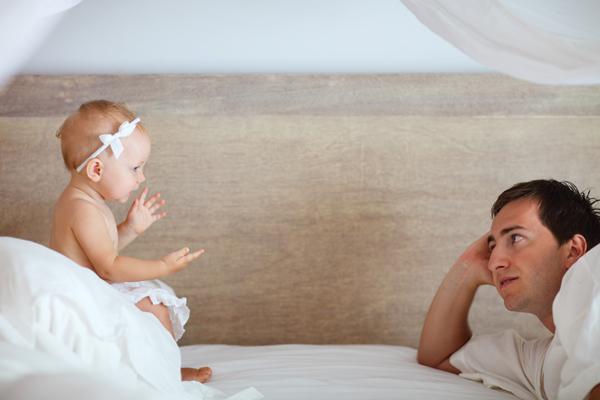 Prior to the baby’s birth, and in particular before the pregnancy, there were just two in the relationship. As obvious as this may sound, the shift from two to three can be more dif cult to navigate than expected. A father who is used to being the centre of his partner’s life may nd it somewhat unsettling to nd that he has been relegated to the sidelines in those early weeks and months. The reality is that the needs of a newborn infant are basic but all-consuming. Often, particularly when the mother is breastfeeding, it may feel as though there is little physical separation between mother and baby, and little place for the father. In reality, the father has a vital, yet all too often unacknowledged, role in these rst few weeks and months: supporting the mother. The demands on the mother in caring for their infant are not just physical but largely emotional.

Having someone involved enough to share the experience of trying to soothe a baby that does not seem able to be soothed, or to share in the feeling of frustration when nothing seems to work, is invaluable. The father does not need to be there all the time, but enough for the mother to feel supported and understood. As the infant grows into a settled baby and later into a toddler, the father’s part will become vital to the emotional growth of the child.

While it can be normal for a father to feel a little excluded in those early weeks and months, the adjustment to the new status quo may not come easily for some, even with time. A husband who has been dependent on his wife to fulfil a variety of his needs may struggle to accept that her care and attention must now be shared. Conversely, a father used to having his wife depend on him may nd it unnerving that she, having found a dependant of her own, is no longer so dependent on him. Some fathers may struggle with this feeling of abandonment and this new dynamic can leave them feeling angry, resentful and/or depressed.

These feelings are often compounded by the reduction, or at times near absence, of a sex life, which so frequently accompanies those first few months after a baby is born. A reduction in the mother’s libido is often the result of physical and emotional exhaustion combined with unsettled hormones following the birth, especially if
she is breastfeeding. However, for fathers already feeling excluded, this waning in their wife’s sex drive can be seen as further confirmation of rejection.

When such feelings continue over time, communication can suffer and problems in the marriage and in the father’s own well-being can arise. Often the father will retreat from family life, spending more and more time at work, where he often feels needed and valued, or out with friends. This in turn can result in the mother feeling angry and resentful, causing her to withhold her attention towards him, which then perpetuates this cycle with the father feeling ever more rejected and withdrawn. Ultimately, the baby suffers as he/ she is typically left with an exhausted and resentful mother and a largely absent and unavailable father.

Difficulties adjusting are, of course, not only confined to the father. This pattern can also be seen where the mother is suffering from post-natal depression or where she is struggling to separate from the baby and consequently is unable to allow the father to really engage with her or them. Some fathers complain of not “recognising” their partner after their rst baby.

While a stay-at-home mother may at times envy her partner’s ability to continue with work relatively unscathed, work can become even more stressful for some fathers after the birth of their baby. Many fathers see their primary role as that of breadwinner and the pressure to perform and achieve in work can increase with the added responsibility of another mouth to feed. Sleep deprivation can take its toll, even if the father is not doing the night-time feedings. 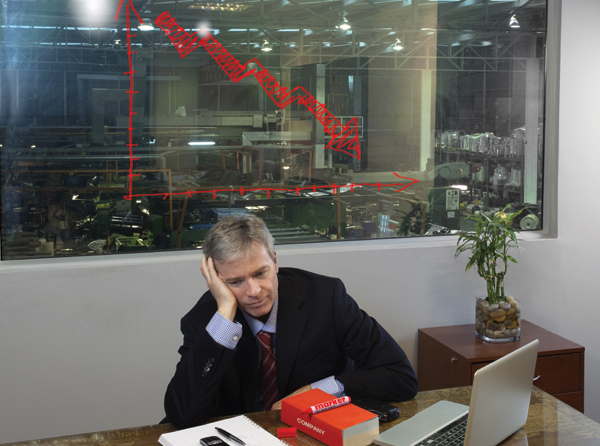 If a father is experiencing work difficulties or uncertainties, or particularly if he is temporarily out of work, feelings of anxiety and a sense of failure can prevail. Stress might also be compounded if both partners had been working outside of the home and two pay cheques suddenly become one, even if only on a temporary basis.

Even when things at home are going well, a new father will have to adjust to a radical change in lifestyle. Gone are the days of impulsive trips away, all-day sporting sessions and late nights out. For a lot of fathers (and mothers) this can cause them to despair, wondering if they will ever have time again for themselves. Tension between couples can arise if differences of opinion exist between who gets what time “off” and how much time feels fair. Where the mother is at home all day with the children, feeling a lack of adult conversation and mental stimulation, even a partner’s after- work drink on a Friday can lead to a quarrel. While this new change of lifestyle is a reality, it is important that couples learn to negotiate this change so that time can be found for both parents away from the children, both individually and also as a couple going out together with friends and by themselves. The culture and easy availability of home help in Hong Kong can greatly facilitate this; however, that said, the process of nding and dividing time needs to be carefully thought through and discussed. 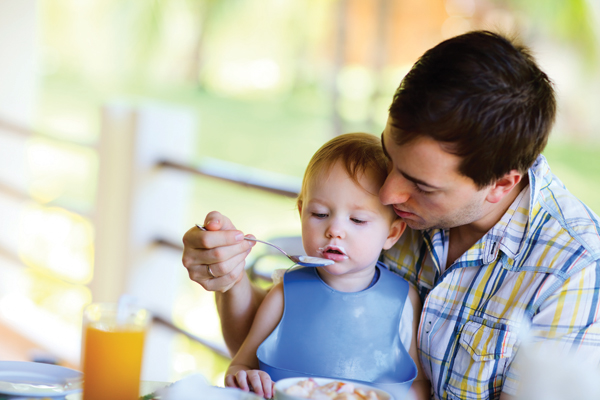 Research suggests that men struggle most with their new life when the baby is between three and six months old, after the initial joy and excitement has passed and the sleep deprivation, endless nappy changes and nights in have started to take their toll.

While it may sound like a cliché, good communication is the best way to bring about a shared understanding of what each parent is going through and how to best support each other. Finding time away, together and independently, is vital. While this may seem difficult, the benefits are immense. And, when mum and dad find the time to get away, it’s imperative that this time is not just spent talking about the baby but in getting to know each other again.

Equally, spending time together as a family is extremely important, and will help to strengthen the bond between the parents while also allowing them to enjoy being with their child.

The excitement and anticipation of Christmas morning is a big deal for little kids. Some families like to create a Christmas Eve box to get...
Read more
Health

Is it a fracture? Broken Bones on Vacation, here’s what you need to know

The Christmas season is a time when many families travel and resume outdoor activities. While expecting some quality family fun time, sometimes things don't...
Read more