Reading Time: 6 minutesThe hysteria about school places means that competitive tiger parents can be found planning extracurricular activities from birth – so many classes to attend, so many skills to learn, so little time. We hear urban myths of kindergarten kids not being accepted at schools because they didn’t play the right instrument. Oh, the pressure! 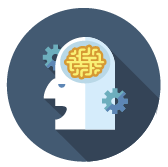 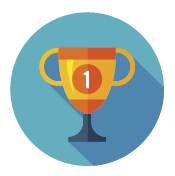 But this isn’t another story about coaching kids for interviews and paying insane debentures. As a mother of a sprightly three-year-old who likes a little rough and tumble, and who loves fishing with her dad just as much as her ballet class, I wanted to know what happens when your kids don’t want to play piano or a take part in a traditional sport. In this crazy town of interviewing toddlers for pre-school places, what happens to kids who don’t fit the traditional mould?

The short answer is: they thrive. Hong Kong’s entrepreneurial spirit trickles down, all the way down, to the smallest boy ballerinas and youngest medal-winning fisherwomen. The lesson here is to get your little one involved in whatever takes their fancy. Hong Kong offers a plethora of sports for boys and girls, just dig around a little and you’re bound to find a warm community of like-minded parents, and lifelong friends for your little adventurer. Some of their stories break the cute-ometer. Check them out.

Leo has dreamy eyes and dreamy moves. At five, he’s already an award-winning dancer, having out-moved everyone in the Island Dance Under 6 Freestyle/Hip Hop division in 2014, when he was only four. He’s also got big ambitions. “I want to be a famous dancer when I grow up, like Michael Jackson,” Leo declares, much to the shock of his mum who’s surprised Leo knows who Michael Jackson is.

Leo is an active kid who enjoys lots of sports. “I play rugby and also love to go swimming,” he says. “I’ve tried squash and Gaelic football too ’cos my mum plays them. I love riding my scooter at the park with friends after school and climbing trees.”

But dance is his favourite activity, “I just love to dance and I like to listen to music, a lot.” When Leo is touring the world as the next dance sensation, his older cousins can reference this article, because Leo credits them with introducing him to his passion. “I went to one of my cousins’ funky disco classes and really liked it, and wanted to join the class too,” he says.

His parents do have some concerns about Leo’s choice of dancing. “We worry about potential bullying or people making fun of him, especially because he’s one of the few boys in the class, actually he might be the only boy,” says his mum, Kate. “Yes definitely, that’s our biggest worry, but I think that comes with any sport or activity a child does that deviates from the typical ‘socially accepted’ gender-defined ones. He loves it and we love to see him dance, plus he’s also very good at it so we want to embrace it and encourage it as much as we can.” 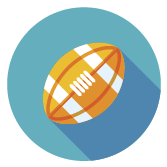 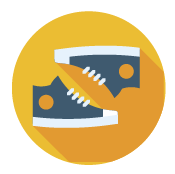 Dance teacher Rohita Menon is passionate about the power of dance for young men. She teaches classes devised specifically for boys at Island Dance, a Hong Kong dance school with studios across the city. As a Royal Academy of Dance/Imperial Society of Teachers of Dance trained teacher, she shares her thoughts on why dance is so beneficial for boys.

“The art of dance helps with the development of motor skills in children,” she says. “It is a fun, social activity that helps boys and girls gain strength and flexibility, posture and balance. Dance invites boys, specifically, to learn an art form that keeps them fit and helps them engage with space, energy and time in a creative way.”

Rohita finds boys often embrace hip hop, a class where they can learn tricks and express themselves. “The classes I teach with the most boys in them are hip hop and they love engaging in something they find cool,” Rohita explains. “Just like sport defines your personality and style, so does dance. Young boys seemingly love being able to do tricks they can pull out of their sleeves without a ball or field being involved. These boys also do very well in school talent shows and seem to enjoy performing.”

Boys who dance are often athletic and involved in many activities, a combination that enhances brain development. “A high percentage of my students do several activities throughout the week alongside taking dance lessons,” Rohita says. “This seems to be the way Hong Kong education is wired. The boys and girls who also do a sport alongside dance often receive a greater understanding of the contrasts and similarities between athletics and the arts. This is extremely beneficial to brain development.”

Blaise, age 13, and Emi, age 15.
Blaise and Emi are two incredible sisters who, between them, enjoy golf, rugby, football and sports fishing.

That is, when they’re not on a podium winning Irish Dance medals. Blaise and Emi’s mum, Karmel, must be the source of their lust for life and endless energy. These are two very busy sisters. And as parents, we all know what that means – a lot of mileage and running around for mum.

Some of the girls’ activities are rooted in family connections. “Emi plays golf because both my husband and my father and all my cousins play golf,” says Karmel. “They are all quite competitive about it. Emi is a recreational golfer, but her handicap qualifies her for tournaments in Hong Kong. She’s played the Hong Kong Junior Winter Open and met some lovely young girls who are really trying their best to make a name for themselves in the sport. I also like how golf is a way for my daughter to bond with her dad, her grandfather, and also my cousins.”

The girls also have an Irish heritage, but this isn’t the driving force of Emi’s involvement and achievement in Irish dancing. “It was the intrigue of Riverdance, which I enjoyed watching when I was little, that got me interested in the dance style,” she says. “When I heard there would be a beginners’ Irish Dance workshop I was excited to take part. I remember saying to my mother after the workshop, ‘I want to do this’, because it was very different from the dance I had been learning (tap, modern, ballet), which appealed to me and gave me a challenge.”

Emi’s younger sister Blaise is also a dancer but she takes to the field for representative football on the weekends. “I always enjoyed running around with friends when I was little and that transformed into a love of rugby and football,” says Blaise.

Karmel proudly relates how Blaise received a scholarship when applying to her school. “I believe the selection panel was impressed by her ‘all-roundedness’, which is something I believe in as a parent,” she says. “The school also has a wonderful system of awarding students for personifying certain ‘IB learner profile’ qualities, too, and at the last assembly she was given the ‘Balanced’ award for her grade. Now she knows it is important to ‘balance’ her academics with her outside interests.” 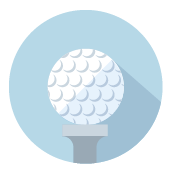 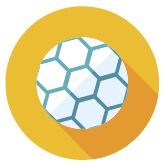 Savanna, age 9
Savanna is the best of both worlds, a girly girl with an equal passion for dance and rugby.

When asked if she ever worries about her child choosing a non-traditional sport like rugby, Savanna’s mum Marion Udall is quick to correct me. “In our house, it is traditional! This year it has been recognised by the IOC (International Olympic Committee). The IOC has re-introduced rugby after more than 90 years for the Brazil Olympics in 2016 using a seven-a-side format so the women’s team will be competing on an even footing with the men. This has also resulted in a lot more initiatives around girls’ rugby.”

Savanna is a well-rounded sportswoman who understands the value of teamwork and enjoys playing rugby. “It teaches me sportsmanship,” she says. “It’s fun and a team sport and I don’t want to let my team down by not turning up.” She shares some insight into her varied weekly activity schedule: “I like sports. I like my dance lessons with Miss Melissa at Future Stars Dance Academy, gymnastics, piano playing and football.”

Savanna is set to follow in her older sister’s footsteps. Big sis Eleanor was awarded an ESF scholarship for her rugby prowess and has also played for the Hong Kong Youth Team.
The community spirit of rugby is alive and well in Hong Kong, which won’t come as a surprise. We live in Asia’s heart of rugby and the home of the best Sevens tournament in the world. Women’s rugby is very popular and highly social, says Marion. “When we moved to Discovery Bay, the Discovery Bay Pirates were – and still are – one of the main sporting groups for the local community, and as new residents it was a fantastic way of getting to know people.” 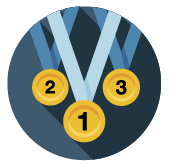 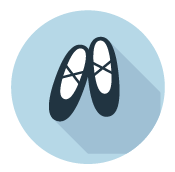 Where to Get Halloween Costumes in Hong Kong

October 31st is coming right up and you know what that means...Halloween in Hong Kong! What better way to celebrate Halloween than to get...
Read more