I Won’t Be Home For Christmas!

Looking to escape Christmas at home in favour of an unforgettable adventure? Check out these recommendations; you’ll be packing you bags in no time. 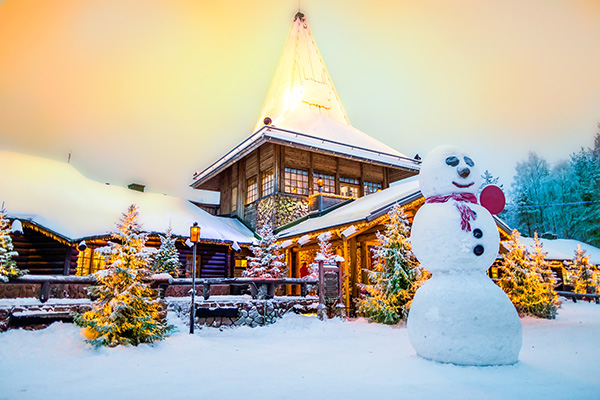 Whether your winter holiday enhances yuletide nostalgia through traditions, sparkly lights, and a nip in the air; or makes a radical break from it by taking you to warmer climes or a quiet, far-flung hideaway — breaking the habit of staying home is sure to reward you with a Christmas you’ll never forget. With that in mind, we’ve rounded up some exceptional places to give you some inspiration. 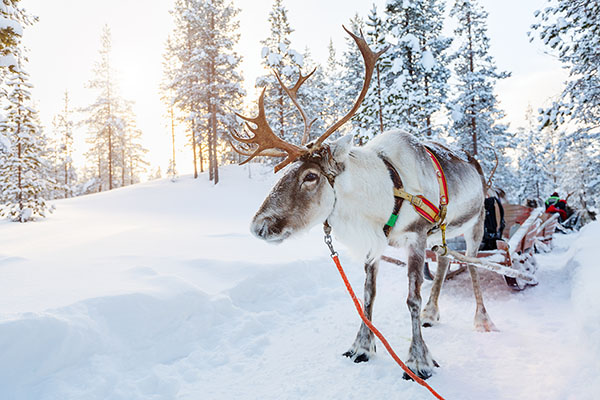 Thought Santa’s home only existed in stories? Think again! The largest, and northernmost region of Finland, Lapland, is famous for cold weather, warm welcomes and the big man in red himself – making it the perfect family-friendly destination for a memorable winter break.

With guaranteed snow due to its position in the Arctic Circle, picturesque Rovaniemi is Santa’s official hometown, nestled within towering pine forests. While meeting Santa is naturally the main focus of most people’s visit, Rovaniemi is also a fantastic base for viewing the famous Aurora Borealis, or Northern Lights, which regularly dance across the horizon between August and April each year.

Head up to the Arctic Garden behind the town’s Arktikum museum for a clear view of the night sky, or join one of the many guided tours – by snowshoe, snowmobile or husky-drawn sledge to experience the wonder of the night sky. 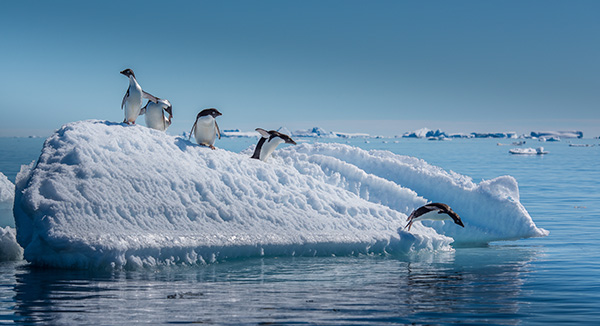 Take your adventure to the next level, with a cruise to the earth’s southernmost region. Typically embarking in Ushuaia, Argentina – often nicknamed “The End Of The World” – intrepid travellers can board a cruise that offers the opportunity to venture where few others have ever been, following in the footsteps of Shackleton on an unforgettable polar expedition.

Gliding silently through the icy waters of the Antarctic Ocean, you’ll witness the raw beauty of Mother Nature, viewing penguins, albatrosses, seals and even whales in their untouched habitats. Many cruises now offer the opportunity to get a little closer to some of the historic research sites and wildlife, with kayaking tours through the great white expanse along with guided hikes with breath-taking panoramas. 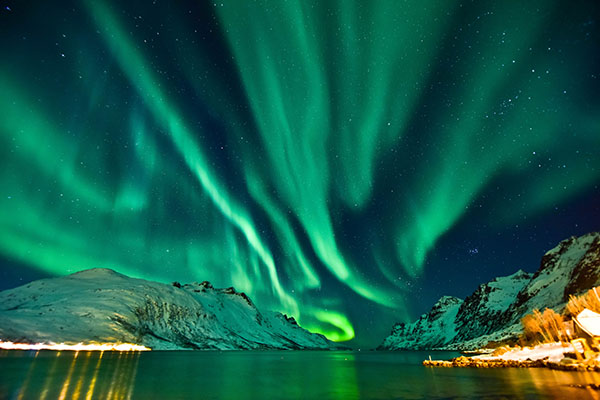 The city of Tromso is one of the most enchanting places in the Arctic Circle. No wonder it is one of the best places to go on a winter holiday. During the Christmas period Tromso becomes fairy-tale-like beautiful with all those lights and a festive mood.

In December the town lives in darkness as the Polar Night prevails: not a single ray of sun reaches this corner of the world. This is why it is also the best time to admire Aurora Borealis – the green lights are the most visible now. It is also the perfect chance to say you’ve been to the North Pole—well, the Arctic Circle, anyway—for Christmas. Plus, there’s dogsledding, great food, and a mountaintop cable car. Here, “day” is just a couple hours of twilight blue. 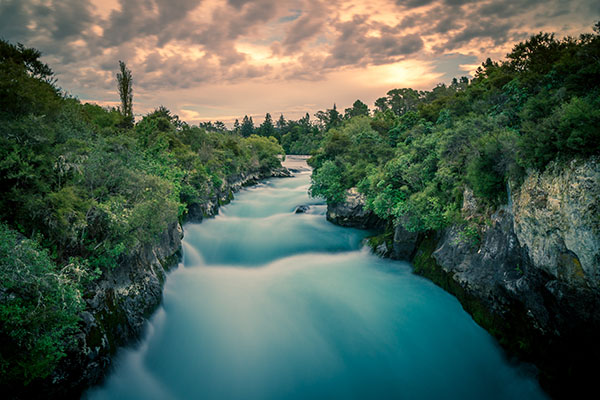 If the idea of two weeks on a sun lounger brings you out in a cold sweat, head to New Zealand, the perfect destination for travellers who love to stay busy. Start your adventure on the North Island, where you can test your nerve with a tandem skydive from 15,000 feet over the stunning Lake Taupo. For something a little more sedate, head deep into to the Waitomo Caves, where you’ll encounter nature’s own light show – thousands of tiny glow worms, illuminating the caves from within.

Adrenaline junkies should head straight to Aotearoa’s South Island – specifically to Queenstown, where white-water rafting, jet-boating and snowboarding are the order of the day. The city is also famous for being the home of bungee jumping, offering a range of free-fall sites over bridges and canyons, each more terrifying than the last. The South is also famed for its rugged scenery, which can be explored by hiking (known as tramping in NZ), with its highest peaks accessible by guided heli-hikes, boasting unparalleled views. 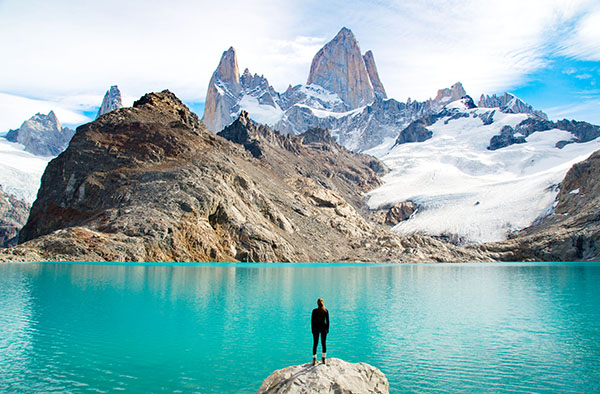 At the very south of South America lies the sparsely populated region of Patagonia, which spans both Chile and Argentina. Settled by Welsh immigrants in the 1860s, the official language of this rugged and rural area is Patagonian Welsh, although visitors will find that Spanish is widely spoken.

Home to the Torres del Paine National Park, the Southern Chilean region of Patagonia is famed for its stunning bright blue glaciers, extensive pampas grasslands and jagged peaks, all of which make for challenging, and highly rewarding trekking. Explore on foot or by horseback, led by knowledgeable gauchos – Chile’s answer to the cowboy – and marvel at the wild beauty of this largely untouched corner of the world. 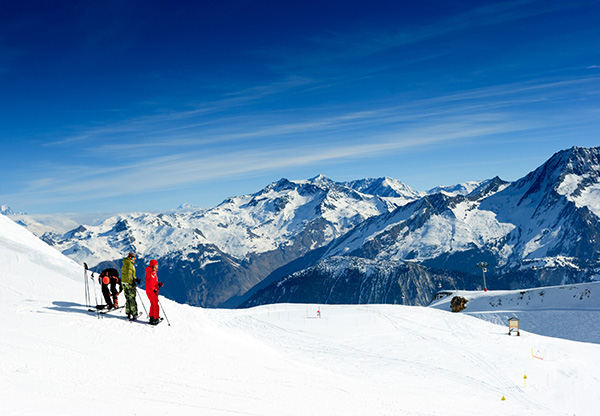 Situated in the heart of the French Alps, Méribel, part of the Trois Vallées ski region, is the ideal location for dedicated skiers and boarders, and absolute beginners alike. A renowned winter sports location since 1938, Méribel was a host during the 1992 Winter Olympics and, along with the neighbouring Courchevel, La Tania and Val Thorens resorts, remains one of the largest interlinked ski destinations in the world.

Offering a wide range of accommodation, from pretty chalets and lodges through to upscale spa hotels, along with dining options to satisfy the most discerning of palates, Méribel is also a great choice for families, with dedicated children’s areas and ski schools throughout the Trois Vallées area. Practiced powder-bunnies will enjoy the white-knuckle thrills of Méribel’s black runs, while those looking to shake off the crowds can explore a staggering 600km of pistes, accessible by 162 lifts, meaning it couldn’t be easier to get off the beaten track. 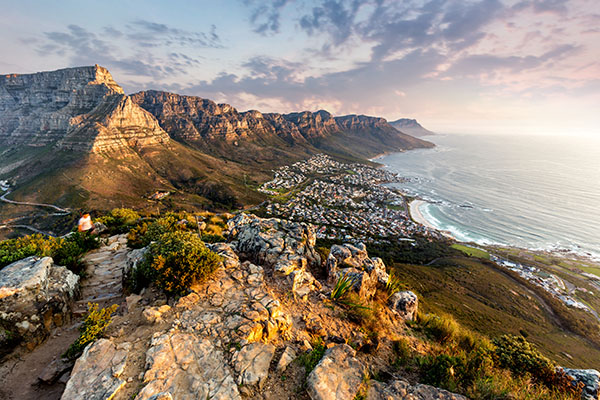 Dominated by the imposing Table Mountain at its centre (pack hiking boots to tackle the Kasteelspoort route on foot, or take the cable car to the top), Cape Town’s size means that it is easily explored on foot. Take time to wander the colour-pop streets of former Malay Quarter Bo-Kaap, before taking a leisurely stroll down to the V&A Waterfront, where artisan shops sit cheek-by-jowl with award-winning farm-to-table restaurants. The Robben Island Museum is a must-visit – accessible only by boat, you’ll visit the infamous prison where former South African President Nelson Mandela was held captive for 18 of the 27 years that he spent imprisoned, and learn valuable lessons about Cape Town’s history. Leave a free day in the schedule for a side trip – meet the thriving penguin population at Boulders Beach, quaff a glass or two on the Franschhoek Wine Tram or visit Cape Point, where the Atlantic and Indian Oceans converge. 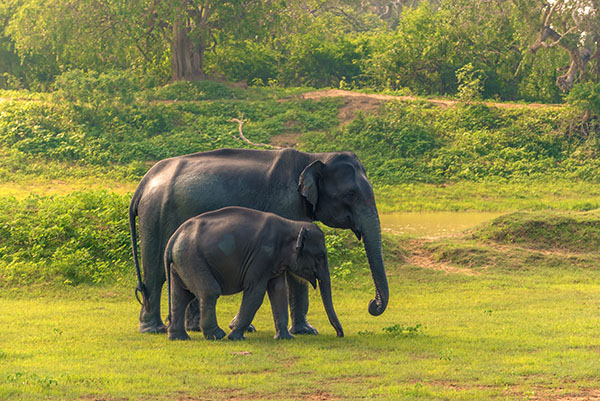 The “pearl of the Indian Ocean”, Sri Lanka is blessed with a balmy climate, picture-perfect beaches, lush and fertile flora and a thriving, and well-protected, population of wild animals. And what better way to experience all that this stunning country has to offer than from under canvas?

Sri Lanka’s thriving tourist scene has resulted in an unprecedented number of glamping spots opening across the country, offering five-star luxury while enabling visitors to feel part of the action. Part of the Relais & Chateaux hotel network, Yala’s Wild Coast Tented Lodge is painstakingly designed to blend into its surroundings, with each of its 28 air-conditioned canvas cocoons – featuring details such as copper bathtubs, Sonos audio systems and four-poster beds –carefully crafted to resemble organic boulders. Awake to birdsong, and you’ll wonder if you can ever go back to a bricks-and-mortar stay again. 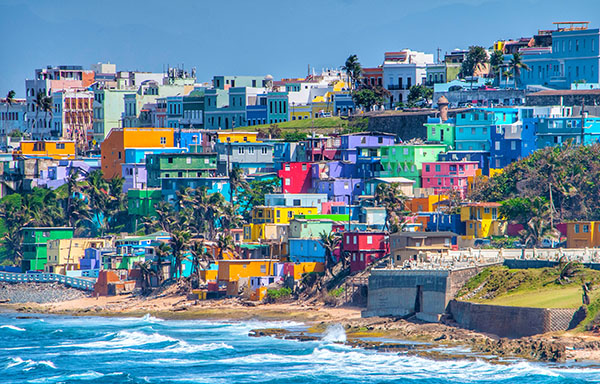 A small island with a big personality, Puerto Rico serves up a sunny Christmas with a salsa beat and a side dish of spit-roasted pig. Festivities last from early December to Three Kings Day on 6 January.

From mid-December churches conduct dawn masses rich with Christmas carols, while exuberant roving groups of carollers travel from house to house and make merry. The big feast is held on Christmas Eve, followed by Midnight Mass. For season-setting decorations, head to City Hall on the Plaza de Armas and the fairy-lit promenade Paseo de la Princesa. 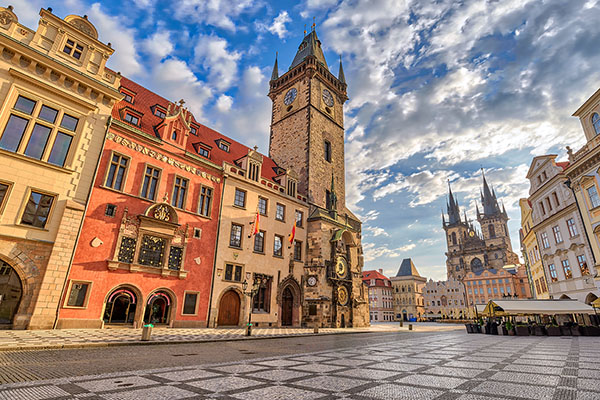 Prague has become one of the most visited cities in Europe for good reason: remarkable architecture, rich history and excellent drinking and eating options. During the winter, its churches, castles and other large distinctive buildings provide a dramatic backdrop to the city’s attractive landscape.

Its Christmas markets are considered among the best in Europe. The Christmas markets consist of brightly decorated wooden huts stocked with local handicrafts – ceramics, jewellery, embroidered lace, wooden toys, scented candles, Christmas tree ornaments, hats and gloves, and puppets and dolls dressed in traditional costume. Visitors should find some nice souvenirs to take home to decorate their houses with or to use as gifts.

BIO – Flight Centre’s highly trained travel consultants have a genuine passion for travel and first-hand knowledge of destinations around the world.

Find out more at www.flightcentre.com.hk

Looking to immerse your child in the wonders of nature to give them a more holistic education? Or maybe you're just looking for a...
Read more
Activities

It's Halloween time which means only one thing – time to get spooky! To get the family in the mood, here's our picks of...
Read more