Women who have inherited the harmful BRCA mutation gene face a higher risk of developing breast and/or ovarian cancer. Should you take the test? 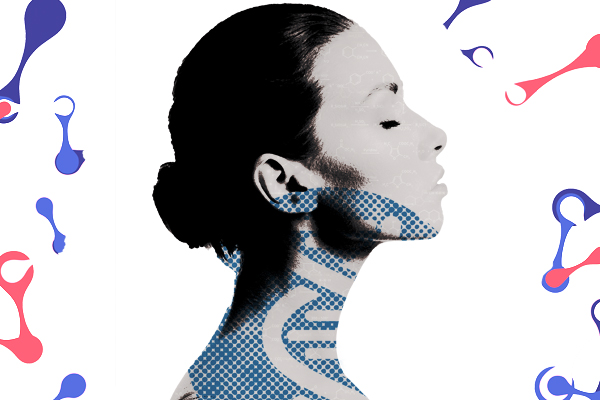 In May 2013, when Angelina Jolie revealed that she had undergone a double mastectomy, the world was shocked. It seemed so drastic. Even when we read her letter to The New York Times where she revealed that tests had shown she had the BRCA1 gene, sharply increasing her risk of developing breast cancer and ovarian cancer (her doctors estimated that she had an 87 per cent risk of breast cancer) it still seemed extreme. Many of us could understand her wanting to potentially spare her children the loss she had experienced with her own mother, but, at that time, the thought of even having the gene testing seemed a little out there and not something everyday people had access to. Fast-forward four years and gene testing has become fairly common. The cost has come down and it’s now covered by some insurance companies.

But what is it, and how does it work? We asked molecular geneticist Sarah Wynn (PhD Molecular Genetics -Biochemistry) to explain testing for the BRCA gene.

The BRCA gene test for breast and ovarian cancer risk

The BRCA gene test is a blood test that can identify harmful changes (mutations) in either one of the two breast cancer susceptibility genes, known as BRCA1 (Breast Cancer 1) and BRCA2 (Breast Cancer 2) genes. Women who have inherited a harmful BRCA mutation face a higher lifetime risk of developing breast and/or ovarian cancer compared with the general population.

The BRCA gene test will tell you whether you carry an inherited BRCA gene mutation and provides an estimate of your personal risk of breast cancer and ovarian cancer. But, before we talk about whether or not you should get tested, here’s the science bit.

What exactly is cancer?

All cancers are associated with changes in our genes. Genes are pieces of the DNA code that we inherit from our parents. We all have two copies of each gene, one inherited from each parent. Genes tell our bodies which proteins to make to help our bodies grow and function. When genes are damaged, they can develop changes called “mutations.” It takes more than one gene mutation for cancer to occur; it is the accumulation of DNA damage over the course of a lifetime which causes a normal cell to change into a cancerous cell. This is why cancer generally affects older people.

Breast cancer will occur in around one in eight women at some point during their life, and almost everyone reading this will know someone who has been affected. In most cases, cancer is not an inherited illness and the majority of breast cancers occur sporadically or ‘out of the blue’. There is no single cause of breast cancer, but there are risk factors that can increase your chance of developing it. The biggest known risk factor is age – four out of five of all breast cancers occur in women over 50. However, occasionally, families have a BRCA gene mutation, which may be passed down from mothers or fathers to their children. This BRCA gene mutation puts them at higher risk for certain cancers than most people; when cancer occurs because of an inherited gene mutation, it is called hereditary cancer. Whether cancer is inherited or not, treatment will depend on what step or stage the cancer is at when it is found.

What are the BRCA1 and BRCA2 genes?

The BRCA1 and BRCA2 genes make proteins that repair damage that can occur in the DNA during cell division. People who inherit a harmful BRCA1 or BRCA2 gene mutation are less able to repair damage that accumulates in their DNA over time, which means they will be at a greater risk of developing cancer.

How much does having a BRCA mutation increase a woman’s risk of breast and ovarian cancer?

Women with a harmful BRCA mutation also have a 40 to 60 per cent chance of developing ovarian cancer, compared to a one to two per cent lifetime risk for the average woman. Factors such as age, the number of affected family members, the exact nature of the fault in the gene, lifestyle (diet, weight, and exercise), reproductive choices (number of pregnancies and age at the time of pregnancies), exposure to certain viruses or chemicals, and other genes can affect cancer risk, with or without a BRCA gene mutation. As new research continues, the ability of medical experts to predict breast cancer risk will improve.

Who should consider genetic testing for a BRCA mutation?

Having a BRCA gene mutation is relatively rare in the general population. Inherited BRCA gene mutations are responsible for about five per cent of breast cancers and about 10 to 15 per cent of ovarian cancers. For this reason, the BRCA gene test isn’t routinely offered to women at average risk of breast and ovarian cancers, but recommended to people whose individual or family history suggests the possibility of carrying a harmful BRCA mutation.

Genetic counselling, performed by a health care professional who is experienced in genetics, is recommended before and after any genetic test. In the case of BRCA testing, the genetic counselling covers many aspects of the testing process, including an inherited cancer risk assessment based on a woman’s personal and family medical history.

Several factors are associated with an increased likelihood of having a harmful BRCA mutation, including:

· Breast cancer diagnosed before the age of 40

· Cancer in both breasts

· Cancer in a male family member

The affected relatives must all come from the same side of the family (either the mother’s side or the father’s side), and they must be your blood relatives.

The genetic counselling will also include discussion of the test itself and the implications of a positive, negative or an uninformative test result. There will also be discussion about the psychological risks and benefits of the testing, and the risk of passing a mutation on to children.

BRCA gene mutation testing can give several possible results: a positive result, a negative result, or an ambiguous or uncertain result. Whatever the result, it is important to consult with a specialist in cancer genetics when determining risk for breast and ovarian cancer and making risk-management decisions that are best for the individual.

How can a person who has a positive test result manage their risk of cancer?

Several options are available for managing cancer risk in individuals who have a harmful BRCA mutation. Women should make the decision that’s right for them. Surgery is not the only option – women can opt to start having screening, with mammograms and/or MRI scans, at a younger age than the general population, or to have more frequent screening. This can pick up cancers when they’re small, localised, and easier to treat successfully. Other women may opt for risk-reducing surgery which involves removing as much of the “at risk” tissue as possible, either breasts or ovaries and Fallopian tubes.

There are many factors that affect a woman’s decision, for example how old she is, or whether she’s had (or is planning to have) children. For example, having ovaries removed can significantly reduce the risk of developing ovarian cancer and has an added effect of helping to reduce the chances of getting breast cancer too. However, it is important to remember that only a relatively small proportion of breast and ovarian cancers are caused by a BRCA mutation, so only a small number of women will be faced with this difficult choice. Additionally, not every woman with an inherited BRCA mutation will get breast and/or ovarian cancer.

The BRCA mutation may have been inherited from a person’s mother or father. Therefore, other family members may be at risk of carrying the mutation and may consider testing themselves. In addition, each child of a parent who carries a BRCA mutation has a 50 per cent chance of inheriting the mutation.

Research has also shown us how those of us at ‘average’ risk of cancer, as well as those carrying a BRCA mutation, can take action – living a healthy lifestyle, knowing the symptoms of the disease, and seeing your doctor if you notice anything unusual.

The decision on whether or not to undergo BRCA gene testing really is a personal one. But isn’t it amazing that we have it as an option. Information is a powerful thing, whether there is such a thing as too much is a matter for each individual.

ed to Hong Kong with her family. For the past eight years, Sarah has contributed her skills in Policies and Patient support. She worked as an information officer for the rare chromosome and genomic disorders support group called Unique. She has also been involved in putting together the specification for medical genetics within the NHS and sits on the NHS Clinical Reference Group for medical genetics as well as being on the board for the UK Bioethics and Policy Committee. She has also been on the advisory board and/or steering committee for many projects. Appointments with Sarah can be arranged through Central Health enquiries@centralhealth.com.hk

Looking for fun things to do in Hong Kong this month? We've got you covered with our latest list of activities and events. Bookmark this...
Read more