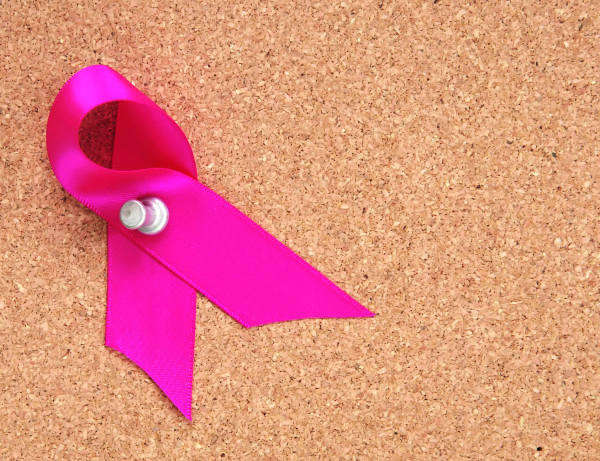 The number of breast cancer cases diagnosed in women in Hong Kong doubled between 1993 and 2008. On average, about eight women here are diagnosed with breast cancer every day.

It’s a subject that touches us personally. Many of us may have witnessed family or friends go through it, and some of us may have experienced the condition ourselves. However, in recent years, the statistical picture of breast cancer has brightened; thanks to early detection and advances in treatment, more tumours are being caught at an early stage.

We know that the risk for breast cancer increases with age, although peak incidence can vary by ethnicity. For example, in Hong Kong in 2007, some 60 per cent of the women diagnosed with breast cancer fell within the age group 40 to 59, whereas in the UK, 81 per cent of cases occurred in women aged 50 years and over, with nearly half of cases diagnosed in the 50 to 69 age group.

Other risk factors include early menarche (first menstrual period), late menopause, bearing the first child at a later age or bearing no children.

There is an increasing body of evidence accumulating that suggests we can lower our risk through certain healthy lifestyle choices. New information is developing all the time, but here are some factors that could affect your risk, and some advice for what you can do about them.

Many studies show that weight gain is a risk factor for breast cancer after menopause. An American Cancer Society study found that women who gained 20 to 30 pounds during adulthood (that is, after age 18) were 40 per cent more likely to develop breast cancer after menopause than women who gained no morethan five pounds. The link is oestrogen, which is believed to promote the development of breast cancer. Adipose tissue stores fat and converts precursors in the body into oestrogen, keeping the hormone in circulation even when ovarian production stops at menopause. 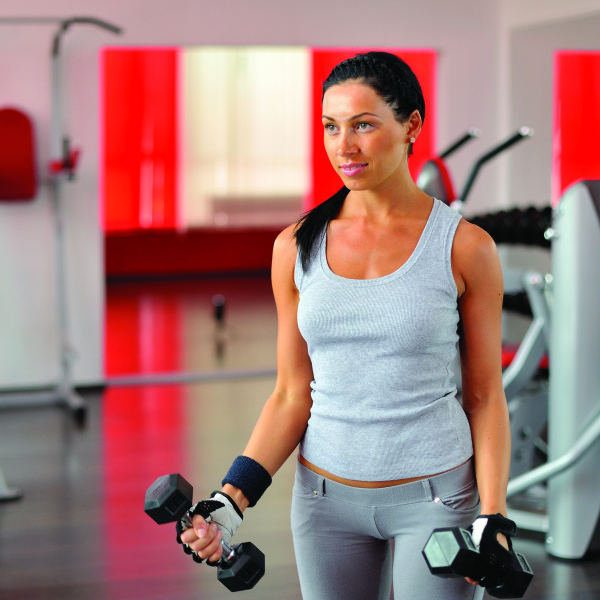 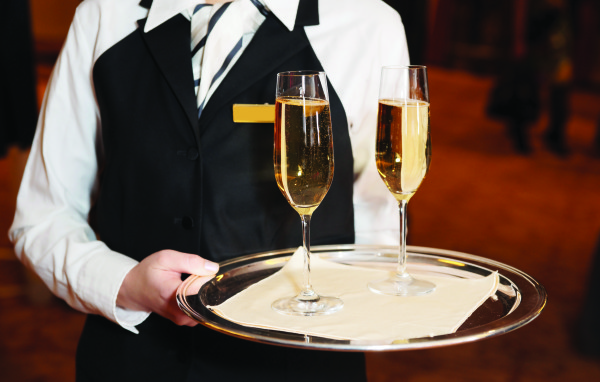 Many studies have shown that women who engage in regular physical activity have a lower risk of developing breast cancer compared with women who are sedentary. You may reduce your risk by 20 to 30 per cent by getting three to four hours of weekly exercise, from moderately intense (brisk walking and yoga, for example) to vigorous (such as jogging, cross-country skiing and aerobic dance). Exercise also reduces the risk of recurrence if you have been treated for breast cancer.

Regular exercise works in several ways. It is important for overall health, and can help you achieve and maintain a healthy body weight. To reduce breast cancer risk, the American Cancer Society recommends moderate to vigorous activity for 45 to 60 minutes at least five days per week. (This is a step up from the 30 minutes of moderate activity that’s recommended for reducing chronic disease risk in adulthood.) Formal exercise (such as walking programmes, swimming laps, cardio-fitness workouts or aerobics classes) is a good way to get a sustained workout. But you can also do housework or gardening activities, as long as the effort has you breathing as hard as you would during a brisk walk or jog.

Women who consume one to two drinks daily have an increased risk for breast cancer. It’s not known exactly why, but alcohol may raise oestrogen levels, increase the susceptibility of breast tissue to carcinogens and/or increase the invasiveness of cancer cells. Interestingly, the increased breast cancer risk associated with alcohol is much more pronounced in women who have inadequate folic acid intake.

To reduce this risk, women may wish to limit their intake of alcohol to one drink per day. Women who have had breast cancer or are at increased risk for other reasons might want to avoid alcohol altogether. If you drink, make sure you get enough folic acid (at least 400 mcg per day), either in a multivitamin or in the form of folate in foods such as leafy greens, peas, dried beans, or enriched cereals and whole-grain products.

There’s mounting evidence that vitamin D helps protect against several types of cancer, including breast cancer. One study found that women who got plenty of vitamin D early in life had a lower risk of breast cancer. Another investigation linked high blood levels of vitamin D with a 50 per cent reduction in risk for breast cancer. Reaching those levels requires more than the 400 international units (IU) of vitamin D found in multivitamins.

Experts have already begun to recommend 800 to 1,000 IU of vitamin D per day for adults, partly out of concern that we aren’t getting enough of the vitamin from sunlight to protect our bones and partly because of its association with reduced cancer risk and other associated health benefits. Natural food sources of vitamin D are limited and sufficient direct sun exposure needed to trigger adequate vitamin D production in the skin is frequently inadequate in Hong Kong. Supplemental oral vitamin D is a simple and valid option. 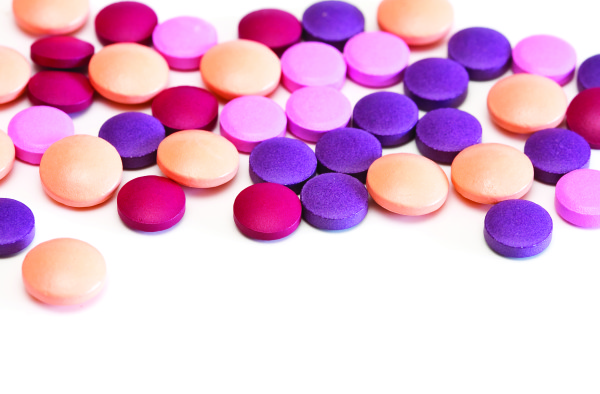 As lifetime exposure to oestrogen is a risk factor for breast cancer, there is some concern about women’s use of oral contraceptives (combined oestrogen-progestin pills) and hormone replacement therapy (HRT).

Most studies agree that short-term HRT use of less than four to five years doesn’t appear to increase the risk of breast cancer significantly. Available data on breast cancer risk from oral contraceptives are conflicting, but studies have generally not demonstrated an association between use, especially if used for under ten years, and the risk of developing breast cancer.

Breasts are regarded as dense if they have less fat and more connective and glandular tissue. These features are more common in younger women’s breasts, but are also found in many older women, especially those taking combined hormone therapy (oestrogen and progestin). Breast density is also partly an inherited trait.

For reasons that aren’t fully understood, women with dense breasts are at increased risk for breast cancer. It is the third most important risk factor after age and inherited gene mutations. One possibility is that dense breast tissue contains more cells and is therefore more influenced by growth factors and hormones that make cells divide. 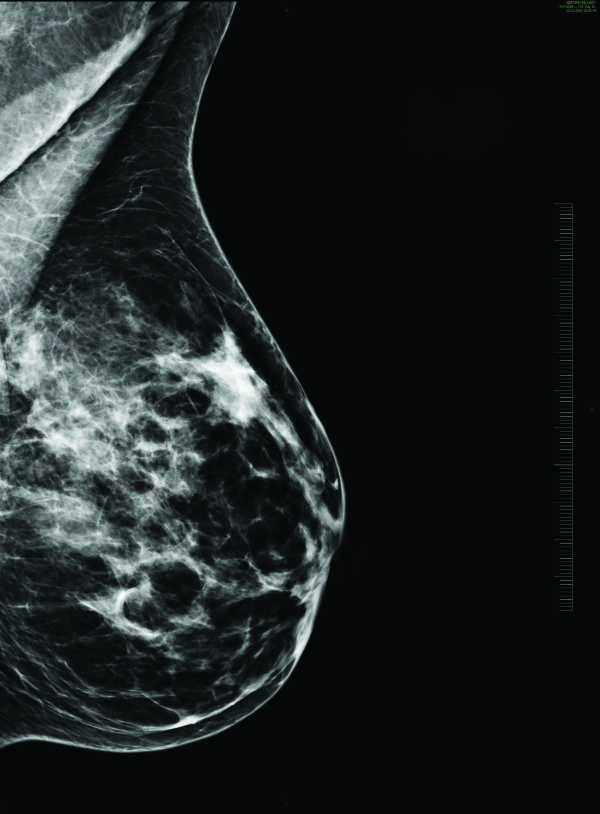 • A mammogram is an X-ray of the breast. Mammograms are the best method to detect breast cancer early, before it is big enough to feel or cause symptoms. Having regular mammograms can lower the risk of dying from breast cancer. Many doctors recommend having a mammogram in combination with an ultrasound. In certain situations an MRI may be the preferred imaging choice.
• A clinical breast exam is an examination by a doctor, who uses his or her hands to feel for lumps or other changes.
• A breast self-exam is when you check your own breasts for any changes such as lumps or changes in size or shape of the breast. Recent controversy over the value of self-exams has been voiced. At Central Health, we feel that breast self-exams can still play an important role, but should only be performed with correct technique and in addition to mammography and clinical breast examination – not as a substitute for these screening methods

While different countries have varying guidelines, we recommend that women over 40 or any women with a family history of breast cancer should schedule regular mammograms for preventive screening. Please talk to your family doctor, who can offer you advice based on your personal risk factors and concerns.

Healthcare professional and busy mother-of-three, Lisa, shares her story in the hope that other women might benefit from her experience.

I was 42 when I was diagnosed with breast cancer. I consider myself one of the lucky ones, not just because the diagnosis was made when the cancer was at a fairly early stage, but also because I went for the mammogram and ultrasound in the first place. It would have been so easy to put it off again.

I had been told, and as a nurse I knew, that I should have a mammogram at age 40. However, the routine of life takes over and you say to yourself, “I feel fine, I can’t feel any lumps or problems, I have no family history. I’ll wait until after the holidays or when I next see the doctor.”

This time, though, I had noticed a difference in one of my breasts. Already having “lumpy” breasts I was used to feeling hard areas, but I noticed this was more general. And my breast had been aching on and off, and the pain didn’t seem related to my periods. So rather than wait until after my holidays, I used them as a deadline and decided I was going to get the examination over and done with before them.

I actually had quite a large tumour with lymph node involvement and it was necessary for me to undergo a radical mastectomy and partial lymphectomy.

I can’t stress enough the importance of getting that first mammogram at 40. As a baseline picture for your doctor, it’s extremely helpful to know the health of your breasts at that time.

Still undergoing treatment but healed and healthy, I know that had I had a mammogram at 40 I probably would not have had to have a mastectomy or still be in treatment today.