Reading Time: 6 minutesSport injuries in young athletes are getting more and more common – especially during their growing phase. Fortunately, many kids sports injuries can be prevented entirely with some proper planning and training. We spoke to some of Hong Kong’s leading physiotherapists and sport nutritionists to better understand how to help young athletes avoid inflicting serious harm on their bodies. 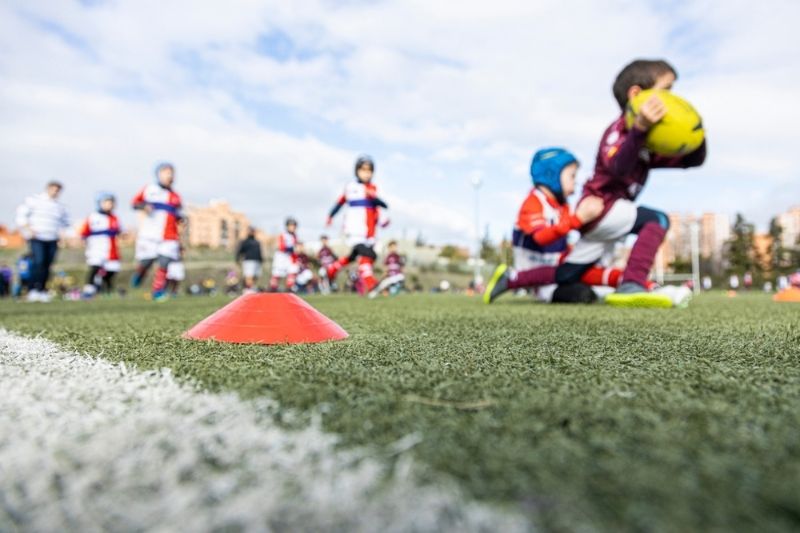 Thirteen-year-old Ivy Richter knows all about hard work. As one of Hong Kong’s elite junior swimmers, she spends up to 16 hours in the pool each week, covering an average distance of six kilometres per training session.

Ivy’s morning typically starts at 5am with two hours of training before heading to class at Hong Kong International School. She often isn’t home until 7pm, following another two-hour session after school, plus an hour in the gym. Her dedication and commitment has led to lofty accolades: several national awards and more medals than she can count from swim meets all over the world. But success for this young athlete hasn’t come without a cost.

“It’s easier to rehabilitate a small injury the first time, rather than an injury which has been allowed to develop and worsen.” 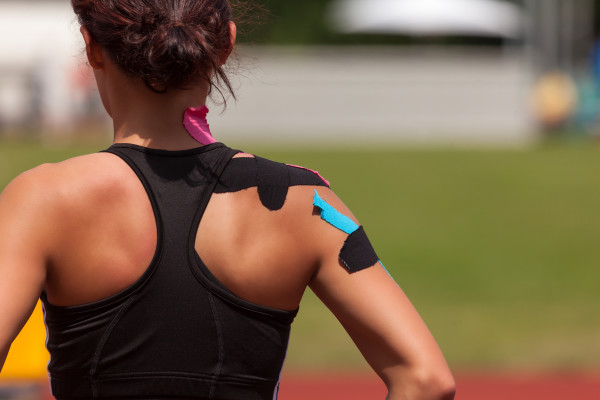 “My first injury was tendonitis in my right shoulder when I was 11,” Ivy recalls. “My arm would feel completely numb and there was pain inside my shoulder with each stroke.”

While the condition healed with rest and physiotherapy, a more serious issue emerged the following year. The elongation of her stroke in freestyle practice caused a reverse spinal curvature, in turn pinching the nerves between her ribs and shooting pain throughout her upper body.

Once again, Ivy had to reduce her training schedule and miss some big races which she had been working towards. “It was an awful, helpless feeling, because I had put in so much effort to regain and improve my times and didn’t need another setback,” she says. “I knew there was nothing I could do but try to recover.”

Hong Kong physiotherapist Emma Drake says sports injuries in young athletes are on the rise as kids are specialising in one sport at a younger age and training longer and harder than they ever have before.

“It’s very common for kids in Hong Kong to be undertaking multiple training sessions weekly, sometimes daily, and therefore skills are being introduced at a much earlier age than previously,” says Emma.

There are acute injuries, which occur suddenly – like breaks, fractures and sprains – and then there’s repetitive stress damage, which can occur over several weeks, months or years and is caused by a particular movement that is aggravating the body.

“That’s why any consistent or sustained pain needs to be checked out, and adjustments made,” says Emma. “It’s easier to rehabilitate a small injury the first time, rather than an injury which has been allowed to develop and worsen.”

Children’s bodies can be particularly prone to damage during their growth spurts, when their growth plates are weaker and more fragile. The plates are areas of growing tissue situated at the end of the long bones in children and young people, which disappear when you stop growing. Athletes partaking in high-impact sports like rugby, gymnastics or long-distance running are the most likely to be affected, with wrists, legs, ankles and hip bones most at risk.

“If children are involved in a competitive, challenging training programme, it would be wise to measure them every couple of months, and if they are in the midst of a growth spurt, the intensity and duration of training should be modified,” Emma advises. “If left untreated, growth plate injuries can result in bone growth disorders and lasting problems.”

Learn more: Growing Pains in Children – What You Need to Know 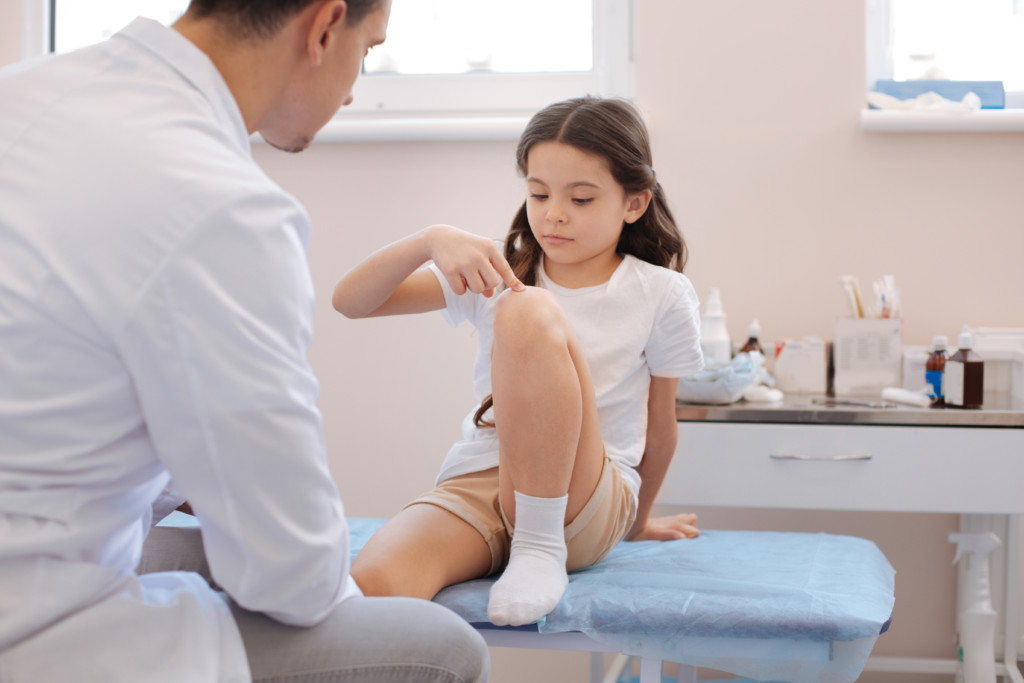 Warming up the muscles and proper stretching are always important, but particularly during a growth spurt, as the muscles will become tighter as they adjust to the new length and are more prone to injury.

“Even if the child is part of a team, their training can be individualised to focus on their particular requirements at the time, especially if they are managing a past or present injury,” says Emma.

Getting Back on Track

When a young athlete does suffer an injury, the psychological effects can be just as damaging as the physical ones. Time away from training can leave them feeling disheartened and disconnected from the team. They may wonder if they’ll be able to catch up or if they can ever be as good as they were before. 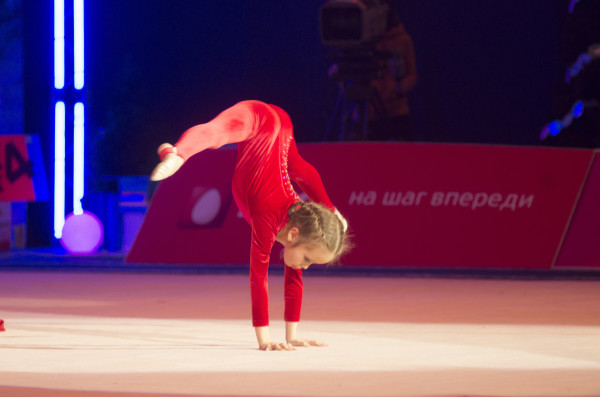 In fact, they can come back from an injury and be even better. Ben Simpson is a strength and conditioning coach at the Hong Kong Cricket Club, and has seen plenty of young athletes improve their game after rehabilitating an injury.

“We have a talented 13-year-old spin bowler who broke his wrist and, when the plaster came off six weeks later, his arm was skin and bone and his muscles were soft and weak,” says Ben. “He had lost all the gripping power in his fingers, and for a bowler, that’s not good.”

But instead of letting the injury put an end to his sporting aspirations, the young cricketer worked with Ben to slowly build back what had been lost. The first step was to return the full range of motion to the joint; the second was to regain the strength and balance in the muscles.

“With dedication and a lot of effort to rebuild that support structure in his wrist and hand, he was able to get back to training and is now bowling better than he was before,” says Ben.

While broken bones and dislocations are commonly found in contact sports like Australian Rules football, American football, rugby and kick-boxing, research suggests there are just as many, if not more, injuries suffered in non-contact sports. Usually of a soft tissue nature, these injuries include sprains, strains and tears of the muscles, ligaments and tendons. Tennis elbow and swimmer’s shoulder are two of the most common.

Sports that require sudden stopping and change of direction, like netball and tennis, can be particularly wearing on knees and ankles, and ensuring kids are wearing the right footwear is paramount. Sports shoes should be flexible, comfortable and, most importantly, a good fit. Buying shoes for Junior to “grow into” can be a huge mistake on the sports field.

Most coaches now agree that one of the best ways to avoid injury is to cross-train. When a young athlete partakes in a training exercise they wouldn’t normally do, they strengthen different muscle groups, making the body stronger overall.

Recent research has also found strength training with weights to be beneficial. “That doesn’t mean young children should be lifting heavy weights, but certainly a small percentage of their body weight,” says Ben. “Strength training improves balance and posture, as well as making you stronger.”

The last thing many young athletes think about is the quality of the food they put into their bodies, especially when it’s most likely being scoffed down on the run in between training, school and homework. But experts now believe diet can make a big difference in keeping the body strong, resilient and injury-free.

Jeanette Blanks, a naturopath specialising in sports nutrition, says young growing bodies that are being placed under considerable athletic duress need to have sufficient nutritional intake.

“A diet low in adequate energy and protein can certainly increase the incidence of injury, because the developing body will not have the building blocks it needs to repair and regenerate,” says Jeanette. “Negative energy balance can also result in poor bone health, short stature and delayed puberty.”

In addition to eating a healthy breakfast, Jeanette advises active kids to eat slow energy release carbohydrates with a protein, and a “rainbow” selection of colourful fruits and veg. She also recommends a selection of “powerhouse” foods to provide the best possible fuel.

“Any fruit or vegetable which is dark red, blue, purple or green is very high in antioxidants, which can help prevent injury,” she says. “Oily fish is good for essential fatty acids, and milk is ideal for those who are not dairy-intolerant.”

There are many precautionary steps parents and coaches can take to minimise the risk of injury in their young sports stars, and taking time out of hectic schedules just to talk about how they are physically feeling is a good start.

As young Ivy discovered, it was the support and encouragement from her family, coach and physio that helped get her back to the pool, injury-free and ready to achieve. She believes managing her injury has actually improved her stroke, and this has led to a coveted spot training with the Hong Kong Junior National team. The determined teen offers this advice to other young athletes facing similar hurdles: “Let the injury take its toll, treat it right, don’t give up hope and never quit!”

18 Of The Best Skincare Brands For Teens

Heading into teen years can be a difficult time for all kids, hormones are raging, their body is changing, not to mention the havoc...
Read more
Health

Seeking Mental Health Support in Hong Kong and What to Expect

Seeking mental health support in Hong Kong can be confusing and overwhelming. This is evidenced by the sheer number of those living with mental...
Read more