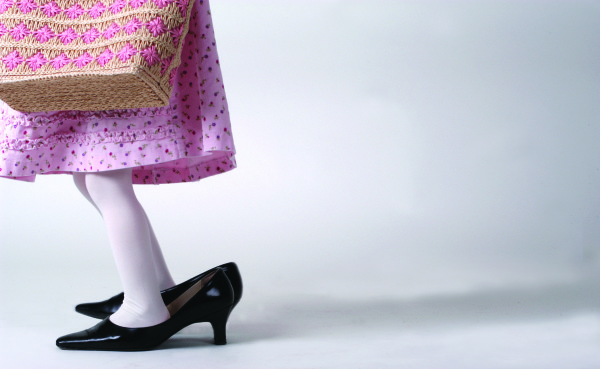 “You look really sexy!” I overheard a 30-something woman say to a girl in a form-fitting bandeau top, skin-tight leggings and sultry make-up. The girl beamed with pride. She was standing outside her classroom dressed as Hannah Montana for the school’s dress-up day. She was seven years old.

Sexy? Seven? Since when did seven-year-olds want to be sexy? And when did adults start praising them for it? But it seems that this Hannah Montana wannabe typifies a new breed of “tweens” – girls aged between seven and 13 – who are long past the teddy bears and tea parties stage, and hurtling straight towards make-up, mini-skirts and mobiles at an ever-younger age. They seem to be going from toys to boys in one fell swoop.

Every generation thinks their children are growing up faster than the last, but the recent shrinking of childhood is a phenomenon that is recognised in lots of countries. According to UK charity The Children’s Society, “Children are now continually subjected to pressure to achieve, behave and even consume like adults at an ever-earlier age.” For girls, the growing-up-too-soon experience is tinged with a sexualised, body-conscious undercurrent.

Twenty years ago, the thought of going into a shop and finding lacy lingerie, padded bikinis, bras and thongs for girls as young as seven would have appeared absurd. Not any more. A pole dancing kit for sale in the toys section of a retail website would have been unthinkable. And when did we start thinking that pamper parties were the most fun a girl of eight could have, and that seven-year-olds needed fake tans for special occasions? Why are girls spending their precious childhood years practising for the looks-obsessed world they will one day inhabit? 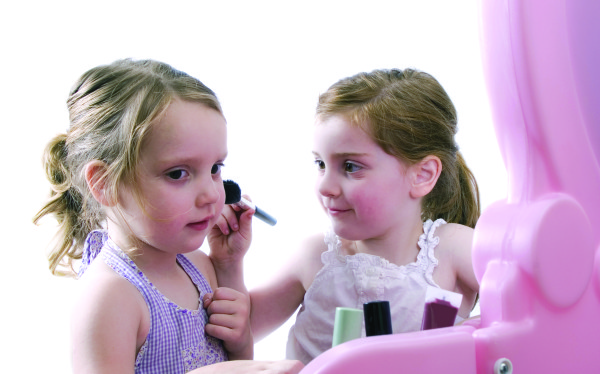 How has girlhood changed so much? Lots of commentators cite the recent explosion in a child’s exposure to the media as a potent ingredient in this change. As televisions and computers have moved into children’s bedrooms, marketing to children has become big business. Statistics indicate that the average child in the US, UK and Australia now sees between 20,000 and 40,000 TV ads a year, plus billboards, print ads and new media. The average ten-year-old recognises 400 brands.

Writing in Britain’s Daily Mail newspaper, Sue Palmer, education
consultant and author of Toxic Childhood says, “Little girls should
be outside in the sunshine, laughing with their friends, playing imaginatively with whatever comes to hand – making dens, dressing up in old clothes and scraps of material, choosing the roles they play for themselves. They shouldn’t be holed up indoors, staring at screens, learning how to pester their parents for the latest ‘must-have’ toy and being groomed for a lifetime of consumption.”

According to Palmer, “The electronic media allow plenty of opportunities for the two great learning devices: imitation and repetition.” Imitating grown-ups has always been part of childhood. Which little girl didn’t occasionally try to sneak a bit of her mother’s make-up or totter around in her high heels? Marketers know this, and have coined the term “KAGOY”, or “kids are growing older younger”, to exploit this natural childhood trait. For example, for tweens of today, playing with ordinary dolls seems so babyish; what’s needed now are dolls with pouting lips, enormous eyes, glamour-model proportions and revealing, high-fashion clothes. Who wants a dull doll when you can have a desirable doll? 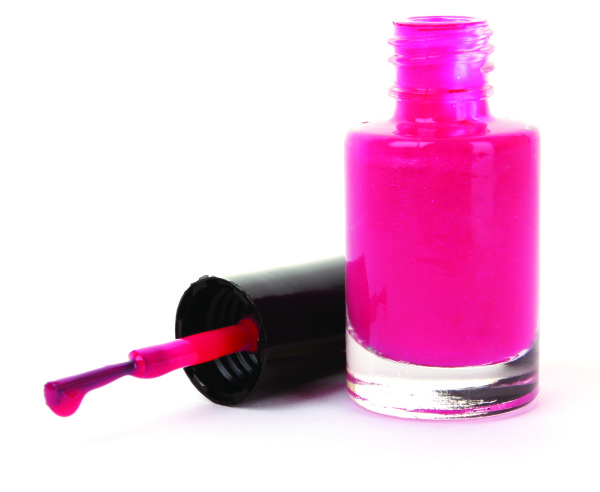 With some children in developed countries having large amounts of cash at their disposal, being surrounded by all sorts of media, and having the natural desires to appear grown up and fit in with their friends, conditions are ripe for marketers to bombard them with
a mind-boggling range of grown-up products and glamorised images
designed to entice them. It doesn’t seem to matter if the product is
appropriate for the child’s age. If a girl believes something will make her look good and fit in with her friends, it’s a winner. Character-branded make-up sets for three-year-olds? Platform shoes for eight-year-olds? Pop acts selling themselves in wall-to-wall videos that are hard to distinguish from soft porn? Nothing seems to be off limits. The old adage “sex sells” never seemed so sinister.

In So Sexy So Soon by Diane E. Levin and Jean Kilbourne, the authors say that in this media-filled world girls “learn at a very young age that their value is determined by how beautiful, thin, ‘hot’ and sexy they are.” They add that children “learn to associate physical appearance and buying the right products not only with being sexy, but also with being successful as a person.” They say, “No child growing up today can fully escape today’s sexualised environment.” (Sexualisation means valuing people for their sex appeal, which is based on physical appearance. It has nothing to do with sex education or awareness – children have always been curious about sex, which is perfectly natural.)

So while it might not be an age of innocence, is today’s girlhood any worse than that of yesteryear? Lots of our tweens might not be enjoying a childhood filled with ripping adventures, mud pies and eating worms, but times have changed. Many of us don’t feel comfortable about letting our children out to explore the great outdoors so we keep them in, where at least we know they are safe, even if we do sometimes employ an electronic babysitter and the messages it gives them aren’t always exactly what we’d choose.
If children don’t understand the sexualised images they see, can they be doing any harm? Haven’t girls always been interested in their appearance? Don’t the militant bra-burners and puritans-at-heart always have an axe to grind? In short, should we be worried about the increasingly grown-up world our girls are inhabiting?

“For tweens of today, playing with ordinary dolls seems so babyish…”

According to the American Psychological Association (APA), we should. The association convened a task force to look into the sexualising of girls and found it can cause a number of negative effects, including low self-esteem, depression, eating disorders and
impaired academic performance. This is echoed in a shocking 2005 study by the British Journal of Developmental Psychology that found almost 50 per cent of girls between five and eight wanted to be slimmer.

Is there any hope?

The good news is that we are slowly waking up to this, and we are starting to get angry. Hardly a month goes by without a report of yet another inappropriate product for girls that has been withdrawn from sale following complaints from parents and children’s organisations. The website Mumsnet has launched a campaign called “Let Girls be Girls”, saying, “It’s hardly news that the worlds of entertainment and celebrity encourage girls to believe their sexual attractiveness is paramount. But, increasingly, this same trend is visible in products marketed at young children.” Plenty of stores – including Zara, Marks & Spencer and Mothercare – are
signing up to the Mumsnet campaign, agreeing not to stock inappropriate clothes and products for girls.

“As parents, you are powerful too. You can teach girls to value themselves for who they are, rather than how they look. ”

There have been many calls for curbs on advertising and marketing to children – even the UK government has launched the Childhood and Families Taskforce, with one of its aims being to crack down on “irresponsible” advertising aimed at children. According to the book So Sexy So Soon, “Too often you, the parents, are told that the problem of sexualised childhood is your fault: If you were doing your job right and could just learn to say no, then there wouldn’t be a problem. Casting the blame on the parents is a smokescreen that diverts attention from where the blame rightfully belongs – squarely on the shoulders of the purveyors of these media and marketing messages, those who exploit our children’s
developmental vulnerabilities by using sex to make huge profits.” 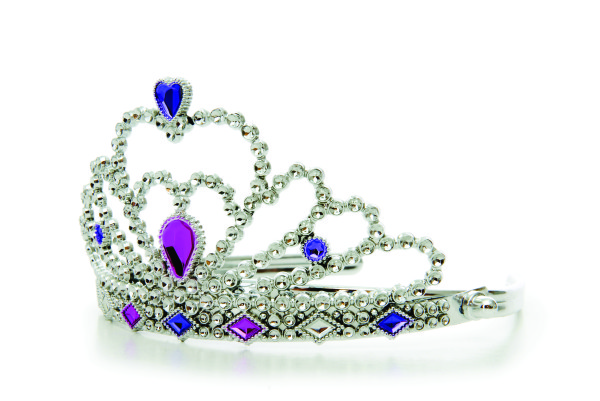 But living in the here and now, where girls are sold dolls in fishnet tights, stationery emblazoned with the Playboy logo and clothes that often look more suitable for dating than play dating, what is a parent to do? It seems that all the advice comes back to basics. Encourage girls to play sports, be selective with television and other media, watch together, teach your daughter to question the messages she sees and find female role models from all walks of life.

The APA sums it up, saying that girls are constantly told that what is important is how “hot” they look. “It plays on TV and across the internet. You hear it in song lyrics and music videos. You see it in movies, electronic games and clothing stores. It’s a powerful message.” But all is not lost. The APA adds, “As parents, you are powerful too. You can teach girls to value themselves for who they are, rather than how they look.”

What better lesson could a parent teach?