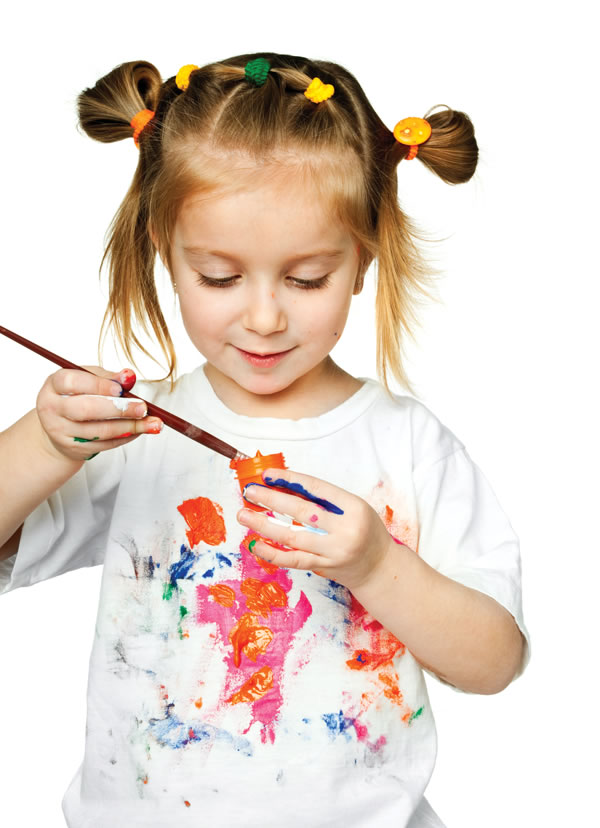 Out on the deck, five-year-old Noah, his sister India, three, and their baby brother Tobias are stripped to the waist and hard at work mixing sand with water in buckets. Noah, with a thoughtful frown, calls out to his mum. He wants some flour and sugar to add to the mix. He says he is keen to see the “reaction” that adding new ingredients will cause. Mum Donna obliges, bringing a package of each. Once acquired, the kids set about grabbing handfuls of the white powders to mix and stir. Donna reminds them of a book they know, where a dingo adds leaves to his pot of “wombat stew”. Brother and sister go off in search of foliage. Tobias lingers. Although he is just 16 months old, he’ll remain riveted by the activity for an hour, playing, stirring, feeling, even tasting the contents of his bucket and noting the changes.

Messy play like this belongs to the sensory play sphere, where children indulge multiple senses in addition to sight. Activities don’t have to be wet. Play dough, paint, glitter, rice and cloud dough, where flour is mixed with baby oil, all offer opportunity for sensory exploration.

The Donna in this story is Donna Denize-Crowhurst, and before she moved to Hong Kong she helped lead Playcentre, a parent-run early childhood institution in New Zealand. Five years ago she took part in a course aimed at first-time parents, where she discovered messy play. “One aspect was to introduce us to the concept that mucky play is a fun, developmentally appropriate method of child play,” she recalls. Initially, she was hesitant. “It took a bit of convincing, as I don’t like being dirty. But since being converted, I find I enjoy the times of muckiness,” she says.

The benefits of messy play are many: utilising the senses allows learning through multiple channels. Children are able to exercise fine and small motor skills. Activities are often open-ended, and so foster curiosity, creativity and experimentation. Textural properties demonstrated through the play are a great hands-on introduction to early science.

But letting the child take the lead can be daunting for parents. Gloopy substances, whether shaving foam or “wombat stew,” can be unpredictable, and coupled with a young child’s curious nature are prone for experimentation. Try and let them take control. This is all part of a child’s learning, says Donna. When a boy dips his head in a bowl to lick cake batter, for instance, or brushes glitter paint over his arms, he is seeking more information. “Much like an adult will read lots of books on a new topic, young children need to learn through their sensations. The skin provides the biggest way of experiencing those sensations. It’s all about texture and the brain learning through the skin,” says Donna.

In Hong Kong there is more of an emphasis on keeping clean than getting dirty. Results-based classes in languages and sports take priority over play, with its less tangible results. But the race to get little kids into the classroom can be detrimental.

“Parents don’t realise that the first development stages for all those activities begins with play. Messy play allows for hand-eye coordination to develop, muscles to develop – the ability to scoop and pour and squeeze and squelch,” says Adele Pieper. Adele is a long-term teacher whose company, Messy Play HK, introduces kids to 45-minute sessions with cooked spaghetti, fake snow and “goop”, a cornstarch and water recipe that changes form upon touch. She launched the company with a desire to fill a gap that kids in Hong Kong, with its anti-germ, anti-mess focus, are missing out on, and, she says, can hold them back academically. She talks of an art teacher she knows who works in a prestigious international school and complains that her Grade 1 students can’t cope with the curriculum. “They haven’t built their fine motor development enough,” says Adele.

At Playscope, a play centre run by the Playright Children’s Play Association in Tai Po, teachers are introducing more messy play sessions to cope with children’s growing lack of what the association’s executive director Kathy Wong calls “playability.” The centre is increasing unstructured messy play since kids as young as two began refusing messier activities, saying they didn’t want to get dirty.

Parental pre-occupation with keeping clean stops exploration and creativity through play. Recently at an event run by Playright in Central, called Cheers For Play, three streets were made into designated play areas. Kathy recalls how parents were happy for children to form long queues before climbing a slide for a 30-second burst of fun. “Lots would stand aside with a camera taking pictures,” she says.

It was a different story at one area modelled on a construction site, which featured real bricks, sand and water for cement mixing. Kids bent down in concentration to mix, they clambered around holding bricks aloft in order to stack them and make mini walls. Parents were less enthused, standing on the sidelines ushering them to keep moving and chiding them for getting dirty. “You could actually hear the parents stop children from playing,” says Kathy. 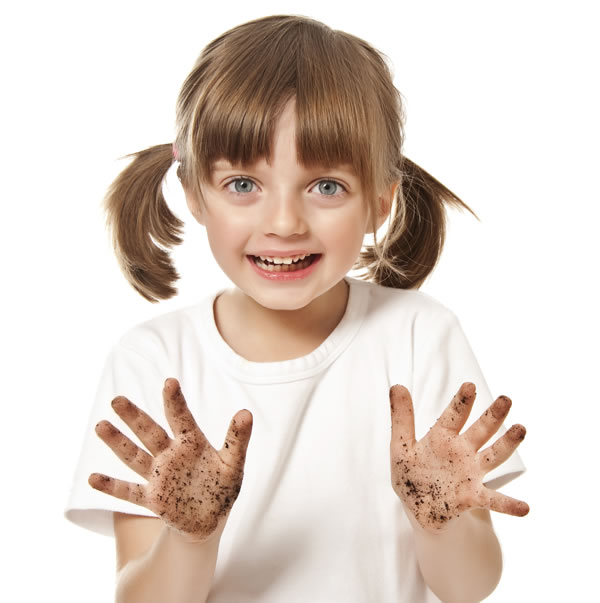 “Kids are 100 per cent cleanable,” says Kathy, but limiting mess to an easily washable location is fine – add food colouring, straws and buckets to the bath and see what happens. Squirt shaving foam or lotion on windows and draw, or mark the condensation that forms. “They love that,” says Kathy. If the apartment is definitely off limits, the beach is one instant messy play resource. Mixing sand, dusting shells, and collecting seaweed are a funfair for the senses and can be left outside.

According to Kathy, when parents are otherwise so concerned about education, cutting out messy play is misguided. Skills acquired through messy play offer a perfect base for later learning, from primary through to university. “Without curiosity they lose an interest in study, and the world around them,” she says.

Thanksgiving falls on November 25 this year and while we still may not be able to travel easily, we can still enjoy some home...
Read more
Health

Where Can You Go In Case Of A Medical Emergency?