Parenting tales from around the world 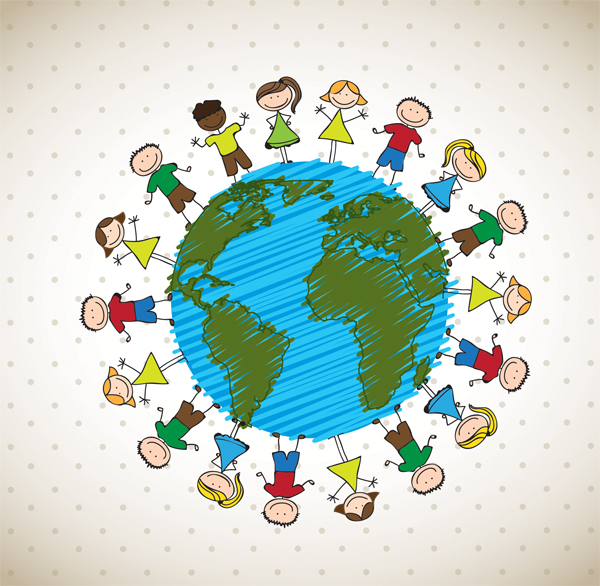 Parenting styles differ across cultures so greatly that what is considered the norm in some countries may be illegal in others! For example, few in Malaysia would bat an eyelid over the use of the rod to discipline a child, and even schools are permitted to cane mischief-makers at their discretion. However, in Sweden a very different view on corporal punishment is taken, and recently a Malaysian couple was jailed for using this very form of discipline on their children.

In Hong Kong, a melting pot of different cultures, I’ve been lucky enough to have the opportunity to meet and befriend parents from all over the world. Below are just a few of the more interesting and unusual cultural parenting quirks that I have come across.

While in Hong Kong the thought of toddlers riding the school bus by themselves makes parents nervous, Japanese children are often seen riding the mass transport system unsupervised, without a ‘bus nanny’ in sight!

The most important means of transport in Japan is its vast network of trains and subways, and children are taught from an early age how to navigate this complicated world. This is critical as many children are expected to use the trains independently on a daily basis, as they head to school or for their various activities. From as young as four years old, children learn the ins and outs of using the trains and subways – from the fares and connections required, to the recommended etiquette while on board. This is an impressive feat as Japanese mass transport systems are known to challenge even the most savvy adult tourists, with many stations having multiple levels and connections. The Shinjuku station in Tokyo alone has over 30 platforms and 13 different lines!

Mayumi, a Japanese mother from Tokyo, tells of her many friends and relatives back home whose young children hop on and off the city trains daily. And some take it even a little further. Her friend’s three-year-old son travels on the Shinkansen (Japanese bullet train) by himself from Tokyo to Kyoto, a distance of over 300 miles, to visit his grandparents during holidays! 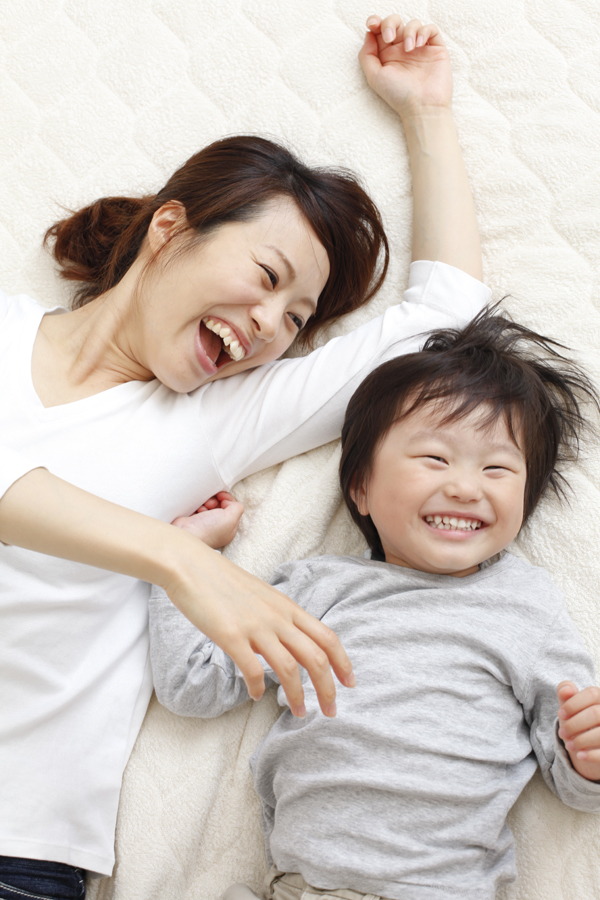 China & Vietnam: Say no to nappies

Pavlov’s famed experiment, which used specific sounds as a stimulus to produce certain responses, finds an interesting use in potty training. From between birth to three months old, many parents in Vietnam and China start holding their baby over the toilet, making whistling or ‘shushing’ noises to encourage them to urinate.

In addition to sound conditioning, ‘Elimination Communication’ is also employed, where parents try to interpret the early signals and cues the baby displays, when he or she wants to poop or pee. When a sign is detected, the parent or caregiver promptly whisks the baby off to the designated potty place, where the whistling commences as added encouragement.

This training appears successful as most babies from 12 months onwards stop using nappies, significantly easing environmental waste and household bills. According to Phyllis, mother of a 20-month-old girl, some of her relatives in China were shocked that her daughter was still wearing nappies at 11 months. Many of their own children were potty trained and able to go ‘on-demand’ from as young as six months old!

It is said that children in France eat everything their parents eat, from mussels to olives. There is no such thing as a special children’s menu with hot dogs or pizzas to whet those tiny appetites. If a child refuses to try something, it is simply taken away without a fuss. Snacking is not allowed and the child would generally have to wait until the next mealtime, even if he or she goes hungry. The expectation is that if you try something often enough, and if you’re hungry enough, you will grow to like it. Eventually.

Carole, a mother of two from Paris, says from the age of 12 to 18 months, children start eating the same food at the dining table, with the adults. Her son Arthur is particularly fond of cheese, the more mature, the better! “What about foie gras,” I ask? “That’s just for special occasions,” she replies with a smile.

In the course of my research, I came to the conclusion that the Dutch should write more books on parenting.

The three Rs – “Rust, Reinheid en Regelmaat” (which translates into “rest, cleanliness and regularity”) are the cornerstones of Dutch childrearing. Children’s days are strictly segmented into various activities, down to the details of “free and unstructured play”, and these schedules are strictly adhered to. It is strongly believed that a regular eating and sleeping routine is essential for a baby’s wellbeing and happiness, and this is firmly put into practice, with results! Children go to bed around 6pm and instead of protesting and crying about it, the children and their parents sleep soundly until morning.

Linda, a Dutch mother of two, explains, “I think children sleep so well with this system because they are not so fussed over from the start. It is customary in most families that the baby sleeps in his or her own room from three months onwards. When babies cry, they aren’t usually picked up because it is believed that they need to cry it out.”

Spain: Land of the little night-owls

In contrast to the Dutch, 6pm is probably when most Spanish children wake up from their naps as their bedtimes stretch past 10pm! According to Sara Harkness, a professor in the Department of Human Development and Family Studies at the University of Connecticut, later bedtimes are generally preferred in Spain to enable children to participate more fully in family life in the evenings.

In 2001, with childhood obesity on the rise, the Belgian authorities proposed introducing the tafelbier (a ‘table beer’ with no more than 1.5% alcohol) as a healthier alternative to sugary soda drinks at lunchtime. This would be aimed at children from three to 15 years old, and they could choose between lager and bitter. The test-run went surprisingly well with over 75 per cent of children surveyed preferring the taste of the beer to soft drinks. However, parents were, unsurprisingly, less enthusiastic about the concept and the idea never gained traction.

The moment the temperature dips below 20°C in Hong Kong, we see toddlers and babies wrapped up in puffer jackets, some more suitable for a ski trip. In Sweden and most Nordic countries, fresh air is considered so important for health reasons that children are often put outside in their strollers to nap in temperatures as low as -10°C. It is common to see rows of strollers with sleeping babies parked outside building entrances, especially nurseries.

In addition to the perceived health benefits, such as strengthening the immune system, the cold weather also helps children sleep better and for longer. Of course, all children would be well bundled up, and when the temperature dips below -15°C, blankets are added for additional warmth. As a famous Swedish proverb goes, “There is no such thing as bad weather, only inappropriate clothing.” 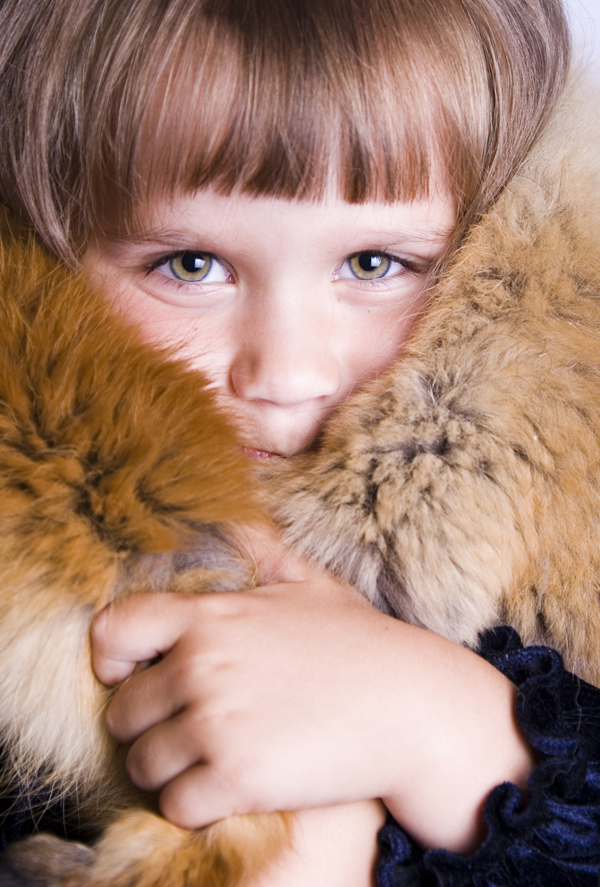