With Hong Kong still debating the length of paternity leave, Jennifer S. Deayton asks why it’s so low compared to other countries 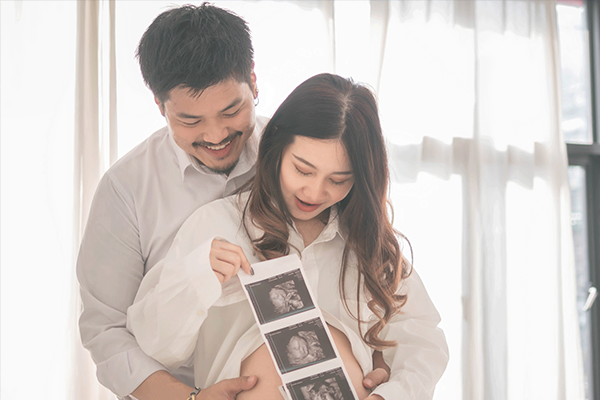 When Alex Yuen was born in Hong Kong in the early ‘80s, his doctor father took one day off work and then went right back to his patients. Barely enough time, it would seem, to get to know his new son, let alone change a nappy or handle burping duties. Fast forward thirty-three years to Yuen and his wife, Van, along with two sets of grandparents, welcoming a baby boy, Evan, in to the world. It’s a new century and a time in which breakneck technological innovation is disrupting old ways of working and communicating. A time in which ‘parental leave’ and ‘primary and secondary caregivers’ are more than just buzz words but concrete corporate and public policy. And yet, have three decades of progress changed life for new dads in Hong Kong?

“My in-laws found it quite weird,”

said Yuen, about the five days of paternity leave he was granted from Pentland, the UK sportswear company he was working for when Evan was born.

“My dad thought it would be good, for father-child bonding, but my in-laws said ‘you’ve been here two days, time to go out and earn money.’”

Fortunately, Yuen wasn’t banished entirely from the family flat, but he was given ‘donkey work’ as he explained: cleaning, nappy buying, other errands, along with the time-consuming work of preparing the traditional Chinese ginger water for his wife’s bathing. At times, he admitted, the strict cultural practices that Van’s parents insisted upon seemed baffling, but, as a new dad, he also appreciated the wealth of experience and know-how that all of the grandparents could offer. Pre-natal classes, as Yuen quickly discovered, can only prepare you so much.

“That first week I felt pretty ineffective. I was so tired and also frustrated because I didn’t know what to do,”

“But I thought it was quite important for my presence to be felt. Van went through 33 hours of labour, and afterward I thought: I couldn’t share your pain, but I want to make your life easier.”

The notion of paternity leave – if his company offered it and how much he could take – had never really crossed Yuen’s mind before Evan was born. Five days off work felt generous, he said, even if the week nearly broke him.

“It was pretty intense. But I’m quite glad I did it.”

The Hong Kong government is currently debating whether to increase paternity leave to the five days that Yuen was granted. At present, the current statutory minimum is three days paternity leave at 80 percent pay, and although Chief Executive Carrie Lam proposed five days leave in her October 2017 policy address, the amendment has yet to become law. But a full work week for Dads would still lag far behind the weeks and months that many other countries such as Australia, Japan and the UK, along with the family-friendly northern Europeans, currently offer. The disparity underscores Hong Kong’s unique – for lack of a better word – combination of inexpensive domestic help, strong work ethic and traditional attitudes about parenting.

Oh, and one other thing: a love of cash.

“It’s very hard, in a local company, to put a lot of benefits in place for employees. The benefits are not valued, so they don’t bother doing it,” said Graham Corner, Managing Director for Black Mountain Group, a company that specialises in HR administration and employee benefits. “Not to say that some organisations don’t have paternity leave, but there’s no one saying to us, ‘we must have this as part of our package’. Now that probably comes from a Hong Kong benefits culture where cash is king.”

Corner, whose company also has offices in Singapore and the UK, explained that for the majority of Hong Kong workers, salary always trumps benefits. This attitude stands in marked contrast to Corner’s own experience as a Dad, working from home most mornings when his two children were babies, as well as to the work his company does in the UK, where wellness, leave and all the extras are well thought of.

“International companies will put benefits in place (in Hong Kong) because they’ve got them internationally. Are they valued? Will one company win out against another, because they’ve got more leave or better insurance? I don’t think that makes a lot of difference here. But they have to have the benefits, if their peer group has it. However, there’s no one coming and saying: this has to be the way forward.”

Kathryn Weaver, who is a Partner and the Head of Lewis Silkin’s employment practice for Asia, has a wealth of experience with maternity and paternity leave and rights, for employers in the region. And as a dual-qualified (England and Wales and Hong Kong) lawyer, she has also seen firsthand the two countries’ differing perspectives.

“Whilst I think that Hong Kong is moving in the right direction with the planned extension of parental leave to five days,”

“the pace of change is slow and certainly stress and the lack of work-life balance is a significant problem in Hong Kong, which needs to be tackled.”

One important, but often-overlooked, obstacle to a change in leave policy in Hong Kong is that fact that the government does not reimburse companies for maternity or paternity leave, as is the practice in many other countries. Weaver explained that employers have to fund leave payments themselves, and the payments are based on actual wages, rather than on a prescribed rate, as in the UK. This could make the cost significant for an employer. As Weaver said,

“Government financial support for paternity pay would certainly assist employers, especially small to medium-sized enterprises, in Hong Kong with providing this benefit. I expect this is unlikely to happen any time soon though, given that the government is having to put substantial funds into helping employers with the proposed abolition of the MPF off-setting scheme at the moment.”

“Here, any decision you make is going to affect a company. Therefore, the government is a little bit reticent to make any changes. I’m sure three days, five days (of paternity leave) is not going to make a big difference to most companies, but if you went to two weeks or three, four or five, you’d get a massive pushback from organisations, particularly local ones, saying ‘come on, we can’t afford it.’ If the government were paying for it, I’m sure it’d be a different scenario.”

While some countries, such as Singapore and Japan, are actively combatting their low birth rates with improved family-friendly policies, Hong Kong continues to lag behind. The consensus amongst interviewees for this article seems to be that multinationals will have to lead the way, as they have done with LGBT rights, towards a greater work-life balance in the territory.

One beneficiary of the shift in corporate policy is Darren Boey, Head of Communications for a tech start-up. Boey was working for Bloomberg when his two children were born. His oldest, Camille, arrived one month after Bloomberg launched a global leave policy for employees classified as either primary or secondary caregivers. As Camille’s secondary caregiver, after mum Jane, Boey was granted an atypical four weeks leave.

“It was certainly unusual,”

“Amongst my friends, everyone did not have the same level of leave, and obviously, there was a lot of envy. It was a very employee-friendly policy, to make the workplace much more desirable and a much more family-friendly place. Bloomberg was appealing to this kind of shift in corporate culture especially amongst the big corporations.”

Boey was also given the flexibility to divide his leave in to segments, so he spent one week at home after Camille and then Franklin arrived, and then he could accompany Jane and the babies when they traveled to Australia to meet all the grandparents.

“Personally, it was very satisfying,”

“To be there for your child’s early days and early months – just to see the milestones because they change so quickly.”

Jane can attest to Boey’s proactive attitude and, like Yuen, how this progressive Dad surprised the older generation.

“My mother was just here, and she was quite blown away by how hands-on he is. But it’s just the way it’s got to be if you’re both working. I never feel like it’s a novelty for him to look after the kids. It’s very equal.”

Though the conversation around paternity leave often boils down to the practical – who and how are we going to pay for it – the issue raises some interesting and larger philosophical questions. How do we view work? What makes a Dad? Who do we want to be for our kids?

“I think the narrative has definitely shifted,”

“certainly in our circles anyway. With some of the Dads that I know it’s just part of the gig. They’re caregivers just like their wives are. And as children get older I think there’s more of a realisation on their part, as to how much of a role you’re playing in their lives. I mean, to be quite honest, had I not been there for the first three or four months, I don’t think they’d really care or remember, but now Camille’s at an age where she’s learning so much and starting to vocalise and engage; now she knows what the relationships are, she can see how the dynamic works and who is around her and who’s not. Now, moving forward, it’s even more important for me to be around.” 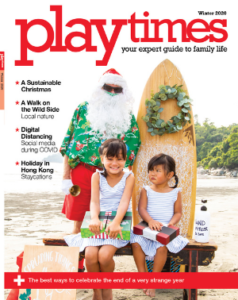 ABOUT US
HK's leading parenting magazine. Bringing you and fresh and vibrant perspective on parenting and keeping you up to date with what's happening in education, events, news and activities for parents and children in Hong Kong.
FOLLOW US
© 2021 Playtimes