Think you could have a future David Beckham on your hands? Tara Jenkins asks how far parents should push their talented sporty child. 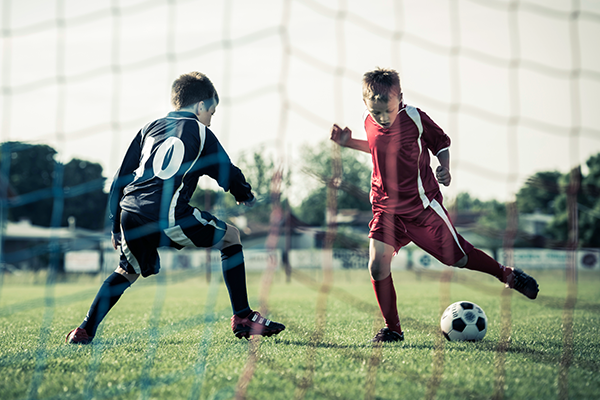 Pushy parents are run of the mill when it comes to sporting heroes: for every triumph clocked up by a sportsman or woman like Tiger Woods, Andre Agassi or Venus Williams, there’s a backstory about how relentlessly they were made to train or practice by their parent. It’s exciting to realise you might have a future star on your hands, but how hard do you drive that talented child, and how, as a parent, do you find that delicate balance between being supportive and pushy?

According to the Olympic Committee, early specialisation – where a child focuses intensively on one sport to the exclusion of all others – refers to children under the age of 12. There is no consensus about when a child should begin to specialise, but the experts agree there are risks in focusing too soon on one discipline.

“Early specialisation is often encouraged where the sport is skills-based – such as gymnastics or diving – but in general it can lead to problems such as overuse injuries or burnout, or limit the development of transferable sports skills,”

“In the world of sports, we say first develop the athlete, before you specialise in the sport.”

He advises exposing children to many different forms of exercise by following a child’s natural inclination, and including elements of fun and social connection – running, jumping, swimming, dancing, martial arts and team sports all aid continuous development, and load the body with adequate forces to ensure healthy development of the mind, body and spirit.

Some studies show the number of hours spent playing sport should be correlated to the child’s age – so if a child is ten, they shouldn’t be practicing or playing for more than ten hours a week. Ex-national triathlete Andrew Wright from 26 Coaching – which offers run, swim and triathlon coaching for all levels and ages – disagrees with this approach, pointing out the need for careful assessment on a case by case basis. One ten-year-old might physically resemble a seven-year-old, he says, but another might be similar to a 13-year-old, so it’s impossible to prescribe the same training and sessions for both. Everyone has a different idea about what specialising means, and how many sessions that entails a week, but for him, the defining characteristics of a future star come down to grit.

“The essential characteristics I look for are hard work, good attitude and commitment. Having a small amount of underlying talent plays a small part, but ‘hard work beats talent, when talent doesn’t work hard.’ There is a saying used a lot in the sports world: ‘90 per cent mental, 10 per cent physical.’ When competing at a high level you need tremendous mental fortitude and discipline, and top athletes must have the discipline to train when things get tough, to continue when they are tired, and not give up when they are stressed”. Lo agrees mental maturity becomes more important as an athlete progresses towards competing at higher levels. “The main reason is that most sports include some degree of uncertainty – the environment in which the athlete plays is constantly changing,” she says. “In situations like this, the ability to stay calm and level-headed, analyse situations carefully and communicate with teammates, become crucial in determining performance”. 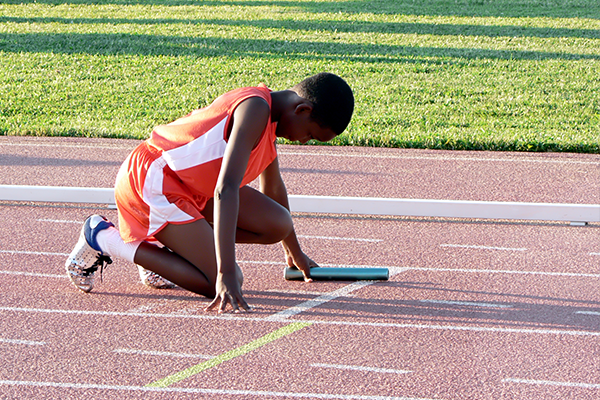 Building that mental fortitude starts early, and athletes of all ages need a basic knowledge of mental skills to help them with their performance, such as managing anxiety or setting realistic goals. A parent’s supportive role here is key – while recognising a coach usually knows best. My advice to parents is to find a good coach and then take their advice, counsels Wright.

“Hong Kong has many successful parents who are top of their field, and sometimes they think they know best! The most successful athletes I have worked with are those who have parents who accept guidance and fulfil a supportive role. It’s much easier to coach an athlete and get results when you know the parents support your decision. Furthermore, when athletes recognise their parents trust the coach, it also instils confidence in them the coach knows what they are doing.”

It’s a fine balance between supporting a capable child, and motivating them to achieve: in particular, setting expectations at a level that isn’t daunting. Parents should err on the side of caution when communicating with their children, to avoid unintentionally putting pressure on them, says Lo; having a talented child does not necessarily mean he wants to be the top player in the world.

“Regardless of talent, we in Hong Kong are a very high achieving society, and over-pushy parenting is common. To distinguish the two, supporting is child-centred; pushing is adult-centred. If we support, we follow our children’s lead; if we push, we force our children to satisfy our pace, and do what we want them to do”.

She advises rewarding effort, rather than results.

“I would encourage parents not to place emphasis on the outcome or results, but on what the child learns at every competition, be it a loss or a win. Kids will continue to play if the sport is fun. The challenging, enjoyable aspect of sport is highly collated with a child’s motivation to play.”

A Case in Point

Oscar Coggins (aged 18) is a Hong Kong national triathlete and the 2017 Asian Junior Triathlon Champion. He competed at his first World Triathlon Series in Leeds last year – which was won by the Brownlee Brothers – as youngest in the field.

“It took Oscar quite a while to find his niche. He was a talented swimmer when young, but asked to give it up at ten, because he wasn’t enjoying the training. I was tempted to encourage him to stick at it, but decided he was never going to shine at a sport he didn’t enjoy. Over the following years he participated in rugby, football and basketball – he was competent at everything he turned his hand to, but nothing really inspired him to train more than a few times each week. He loved cycling, but was only able to pursue this during the summer holidays, in France. The turning point came when he moved to CDNIS and was selected for the athletics team. That summer he won the U14 800 and 1500m in the Interschool Championships, highlighting an ability none of us knew he had! He asked to start swimming again, and joined 26 Coaching for run and bike training.

He certainly wasn’t an overnight superstar, and it took around 12 months of hard work for his swimming to return to a competitive level. By the time he was 15 he was training around 14 hours a week – more in the holidays – and was beginning to show real potential and dedication. We discussed at an early stage the need for good time management and we drew up an ‘order of priority’ he tried to follow. Top of the list was attending school and completing homework to a high standard, then came training, sleep etc. At the bottom was X-Box and time spent on social media! Andrew Wright was excellent in reinforcing the principle that attending training was no excuse for not getting schoolwork completed, and the school was very supportive, allowing him to compete for school swim, cross country and athletic teams even if he couldn’t make the school-led training sessions. By the time he was 16, his training load had increased to nearly 20 hours a week.

As a parent, I see my role as facilitating Oscar’s training schedule, transporting him to sessions, funding necessary equipment and encouraging him at every stage, without being pushy. I believe the most important aspect here is that an athlete takes responsibility for his own performance. Although the coach can provide guidance, it is ultimately critical an athlete takes ownership for implementation of his training regime. If a race doesn’t go to plan, does the athlete blame others and make excuses, or do they set about identifying how they can do better next time? Developing resilience is key, so if they don’t perform well, they don’t simply give up.

Ensure young athletes have fun rather than focusing too soon on results, and remember, they need to love what they are doing if they are going to reach a high level. Oscar’s determination appeared when he found a sport he was passionate about. It is obvious he loves training and racing, and the more success he has achieved, the more determined he has become to further improve”.

The Best Antenatal and Postnatal Classes in Hong Kong

Having a baby or planning for one soon? If so, you might be after some antenatal and postnatal classes in Hong Kong. There are...
Read more