Reading Time: 6 minutesOur kids and teenagers are spending more and more of their days in front of screens: TVs, computers, iPads, smartphones, video games. While we struggle to keep up with them technologically, we also struggle to figure out whether all of this screen time is even good for them. Exactly how do children get addicted to video games and how much screen time is too much?

According to a recent study in Britain, 97% of 11- to 16-year-olds own a mobile phone – that’s 8% more than adults! Most youngsters spend more than two hours in front of the television every day, and more than two million kids under 13 years old use Facebook, despite Facebook’s policy of requiring users to be at least 14. While we don’t know how many users are kids, recent reports show that more than 70 million people worldwide are playing Farmville – the online farming simulation game – every day!

What Hooks Kids on Technology?

To understand what entices our children to continually choose video games rather than the outdoor activities or sports we remember playing as kids, it helps to know more about the structure of those games. And that’s just what many educators are investigating: Could we incorporate the methods and strategies used in these games to help motivate our kids to learn in school?

In his newly released book How to Thrive in the Digital Age, author and technology commentator Tom Chatfield cites six underlying reasons that video games capture the attention of our youth: constant progress reports; rewards for effort; long- and short-term objectives; rapid, frequent, clear feedback; an element of uncertainty; and other people. Let’s look at each reason and how it might be incorporated into the mainstream classroom.

Video games measure progress continually, and as users play, they’re able to watch that progress and see successes accumulate. Once a player has amassed a certain amount, they are upgraded to the next level. Imagine if we translated this concept into measuring homework progress: we could continuously track and record a student’s actions and achievements – the time spent working on maths problems in school and at home, and the number of problems solved successfully, for example – and then upgrade them to the next level – of work, of complexity, of completion. The sense of achievement would propel them. 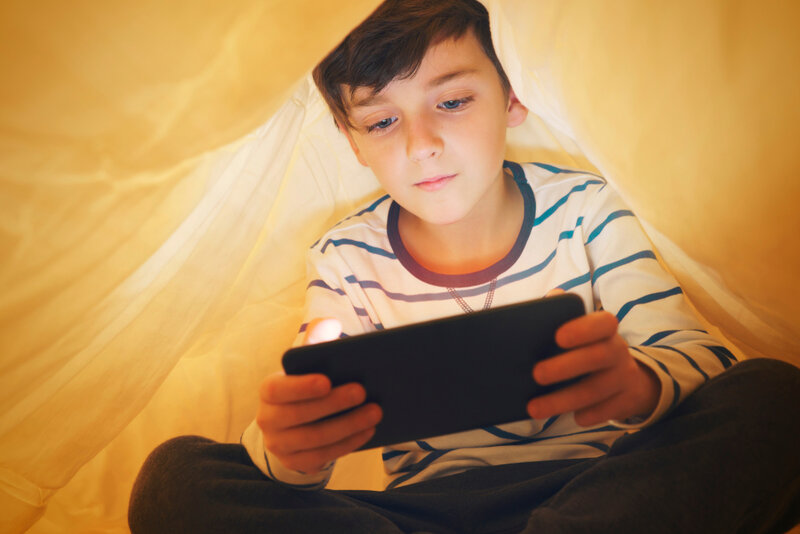 Games continuously reward their users for every bit of effort: pick a lock and your thieving skills progress; talk to another character and your charisma increases; turn on the game and you receive a small prize or reward. There is already ample research that shows children will try harder and persist for longer if their efforts – not just their ultimate successes – are rewarded. So, instead of rewarding just a great grade at school, a parent could praise the effort the student put into the revision and preparation.

Games often have both long-term goals – such as defeating the level boss – and short-term goals – such as gathering magic items along the way. This method of rewarding is one of the greatest enticements to persevere with a game: users experience a sense of achievement when they reach each individual goal, which motivates them to continue. This model works in the classroom, too: the long-term aims are the term or final grades, and short-term goals might include attendance in a certain number of classes, or answering a certain number of questions correctly.

Games provide frequent, clear feedback throughout the experience. Cast a spell, and you learn that your magic ability has improved five per cent. Shoot someone in the head, and you are told immediately that this was a “head shot”. Make an evil decision, and learn instantly that your karma points have shifted towards the dark side. Game makers do this because it is difficult to link consequences with actions without clear feedback. In the classroom, if we can provide frequent, clear feedback about learning a new skill, and link it back so that the student can see the value of acquiring the new skill, then we may see them more motivated to continue learning. At home, we can also provide clear, frequent feedback on our children’s progress: your child sat at his desk to start homework? Great. Completed the first five questions correctly? Good job, your maths skills have improved by x per cent. Completed their entire homework assignment? Nice! 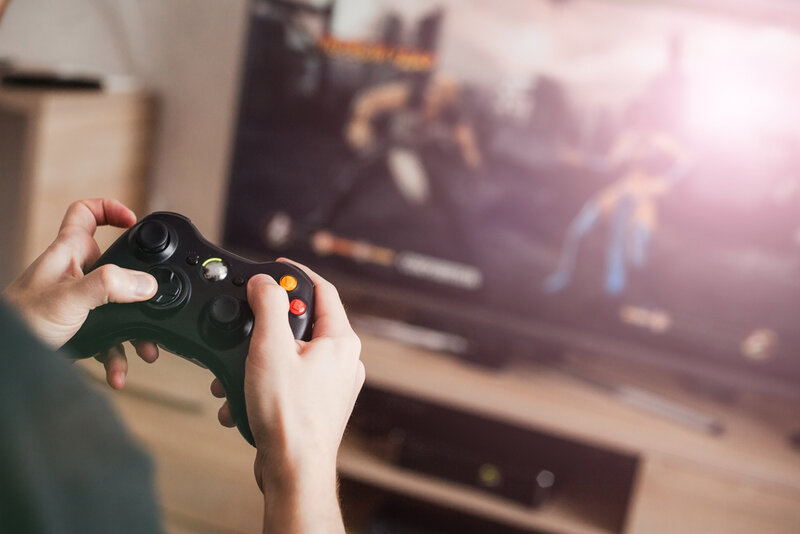 An Element of Uncertainty

This, the author calls a “neurological goldmine”. A certain reward excites people, but an unknown reward, pitched correctly, can be even more exciting to our brains. Consider gambling, and the way that controlled randomness of success increases our engagement. In the classroom, we might try it this way: a six-year-old who is reluctant to complete his homework is given a set of six boxes and offered one a day to open upon completion of his homework. He knows that some boxes contain good toys and some contain pretty terrible toys. It’s virtually guaranteed that he will continue to engage in his homework because he knows that eventually he’ll hit the mother lode.

The popular games are much more fun and engaging when played online than when your child plays on a computer alone. Watching others, having others watch us, and interacting with others along the way is a powerful motivator. Similarly in the classroom, children who dislike maths often suddenly love it when World Maths Day comes around when they get to play maths games with others around the world. They become engaged in maths not because the maths itself has become any more interesting to them, but because there are other people involved. Having children complete homework in a group, or work together to complete a project, or anything that involves a social component might stimulate that motivational and competitive social drive.

In addition to these hooks, when used effectively, technology itself – educational apps or games that are interactive and fun to play – can help capture students’ attention, which puts them in a better frame of mind to learn. Learning about the Arctic and Antarctic is so much more fun when watching and listening to David Attenborough than listening to a lecture on it. Seeing and mapping the stars can be way cooler looking through an iPad than reading about it in a static book. Teachers using their interactive white boards effectively can create much more interesting and interactive learning experiences than those who use a traditional blackboard.

How Much Technology is Too Much?

Like everything, technology and its usage is best served in moderation. Research shows that primary school aged children with a TV in their room tend to perform worse on tests than those who do not have one.

Six- to 12-year-olds who spend more than two hours a day in front of a screen have more trouble paying attention in school and are more likely to resist going to bed. And increases in TV time have been linked to increases in waistlines.

There is also growing research to suggest that children’s mental health problems increase with screen time. In 2010, a study found that those children who spent more than two hours per day watching TV or playing computer games were about 60 per cent more likely to develop significant psychological difficulties. These effects were evident regardless of sex, age, stage of puberty, or level of education. These difficulties were further exacerbated in children who did not engage in more than one hour of moderate to rigorous exercise. Interestingly, engaging in more physical activity did not compensate for the psychological consequences of screen time. So it is not effective to try to mitigate too much screen time simply by upping physical activity. 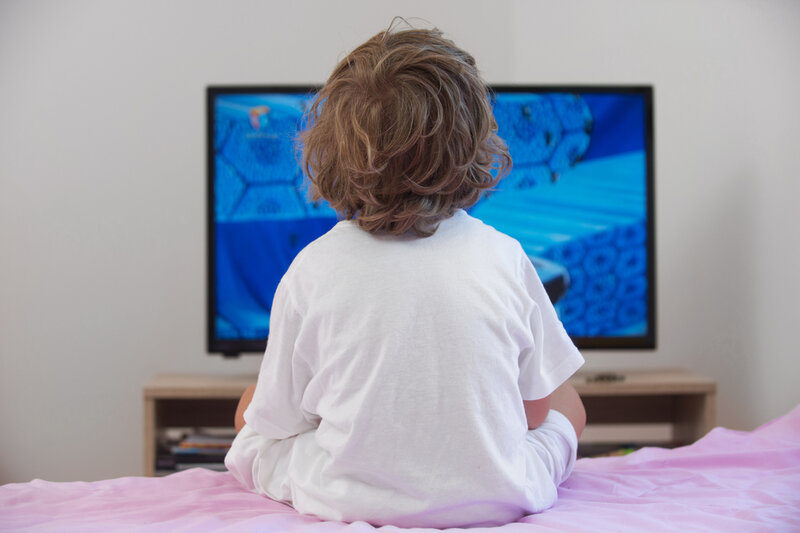 While the findings aren’t conclusive, and more research needs to be conducted, everything we know so far does suggest that more than two hours per day of screen time can have a negative effect on a child’s well-being.

Implementing a screen time budget for your kids might be a useful strategy for keeping their hours in check. Agreeing upon a suitable budget is tricky, as there are so many factors to take into account, such as your child’s age, amount of screen time needed to complete homework, etc. But, for younger kids, striving to stay under two hours per day might be a good starting point.

As your child gets older, the budget will need to be updated. They might be using computers throughout the day at school and will likely need the internet to complete their homework. Each family will need to figure out what makes the most sense based on their own needs and circumstances.

Beware of sneaky ways screens find their way into your kids’ lives, too: TV that’s playing in the background does draw your child’s attention. Having TVs and computers in your kids’ bedrooms makes it nearly impossible to monitor their activity, and provides too much temptation and distraction at bedtime.

And don’t forget to set a good example yourself: parents who check their emails three times during dinnertime are modelling bad screen time behaviour, so it’s only natural that children want to do the same.

Technology and video games can be a huge help to learning and our daily lives, and, as we’ve examined, can even enhance our kids’ learning. But, there are disadvantages, too. As with most things, the real trick as a parent is to find the right balance for your family.

Check out these apps designed to help teens and tweens; they can track their dreams, read in a virtual library, or tween girls can...
Read more
Education

Are there schools providing Special Needs Education in Hong Kong? If your child has additional or special educational needs (SEN), can these special needs...
Read more