Reading Time: 2 minutesSo art projects probably don’t have a huge carbon footprint, but wouldn’t it be nice to turn all that stuff you have lying around into cute little collectables for your kids? Here, Playtimes and Anastassia’s Art House give you two easy trash-to-treasure ideas they can help with. 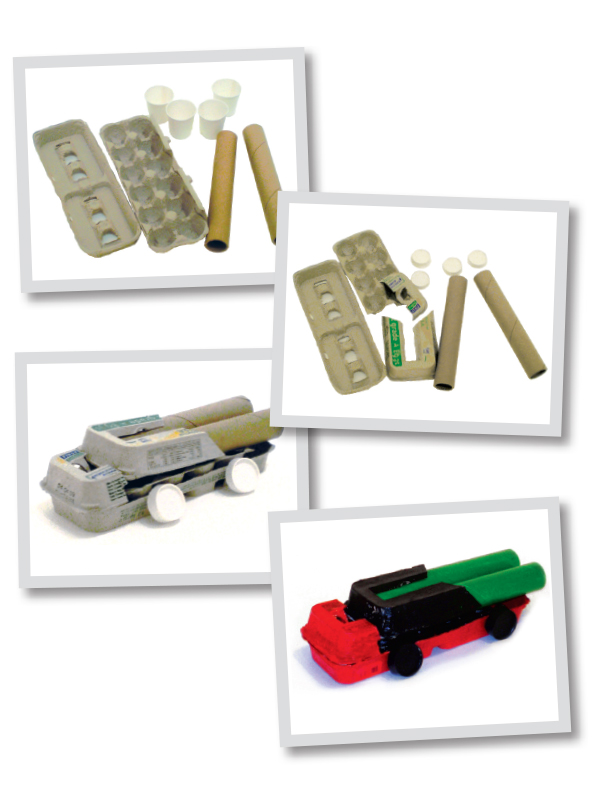 Assemble your truck. Place two cardboard tubes on the top of the five-cup section. Place the one-cup section of the lid on the top to form the cabin. Add four wheels. Use glue and/or Scotch tape to attach the parts.

Cut a three-cup section from the second egg carton; use the top part. Cut the edges diagonally, as shown. Cut off the bottoms of the four cups; they will become the truck’s wheels.

Paint your truck using any colour paint. Acrylic paints work the best. When the body of the truck is dry, paint the windows. Allow them to dry, and then use the markers to draw the details of the truck. 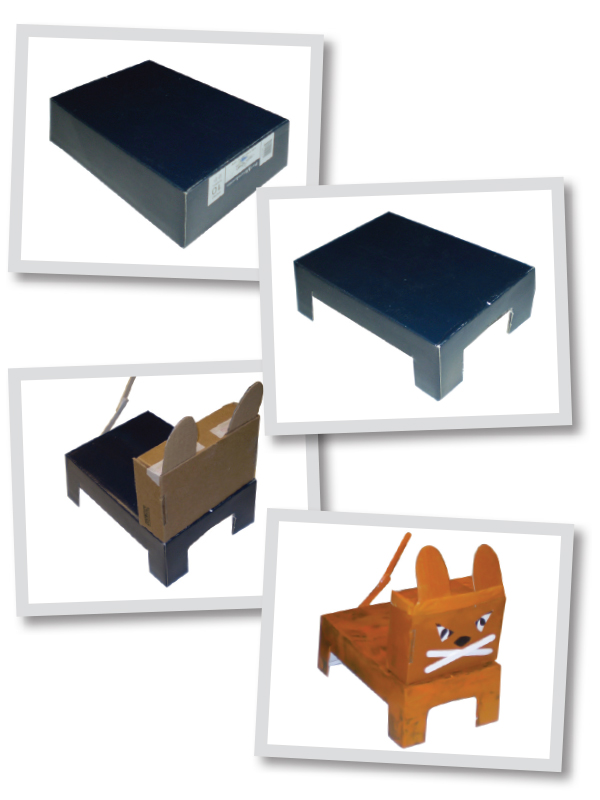 Use the bottom part of a big box to create the body and the feet of a tiger. Turn the box upside down. In the middle of each side draw a rectangular shape. Cut it out to create the feet.

Use a smaller box to create the head of the tiger. If you cannot find an appropriate size of box, use cardboard to make your own. Cut out two tiger’s ears from cardboard or from the lid of the box. Use masking tape to attach them to the head.

Attach two ice-cream sticks together to create the tiger’s tail by using sticky tape. Attach the tail to the body with masking tape. Paint your tiger using brown and orange paints. Let it dry. Once dry, use black paint or a black marker to paint/draw the tiger’s stripes. Paint the remaining two ice-cream sticks with white paint, let them dry and glue them to the head of the tiger to create whiskers.