Sex Education and Autism: A Guide for Parents

Reading Time: 4 minutesTalking about sex with young people isn’t the easiest of parental tasks. Throw autism spectrum disorder (ASD) into the mix and the conversation can become even trickier. “The sex talk” is an important one to hold with all young people, but for those with ASD it’s all the more important. 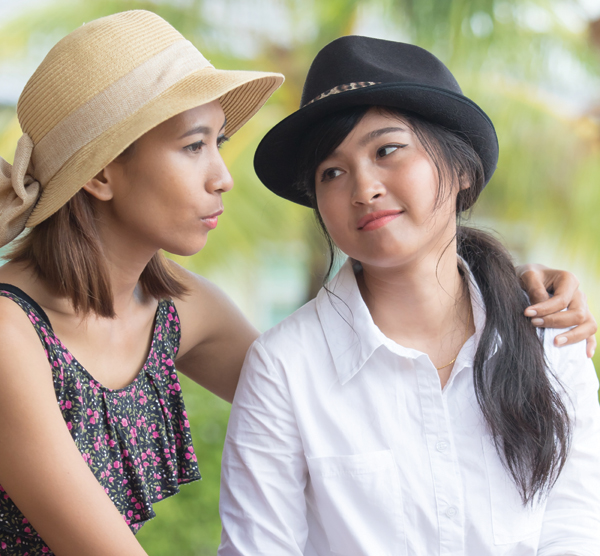 Playtimes caught up with Dr Isabelle Hénault, a psychologist and sexologist specializing in Autism Spectrum Disorder and Asperger’s Syndrome, who shared her advice and explained why this is a powerful conversation parents of young people with ASD should lean into.

PT: Talking about sex is a challenge for a lot of parents, why is that?

DH: We can take some comfort knowing we’re all in the same boat when it comes to talking about sex. It is often a “hot potato” for parents, with few parents clarifying which of them will take on the conversation. On top of this, there is very little information on how to approach the subject so parents, and even some professionals, lack guidance.

PT: Why is it so important to talk about sex, especially for young
people with Autism Spectrum Disorder?

PT: What can happen if adult entertainment is the only
channel of information?

DH: Pornography as a sole reference can have major negative consequences for the young person concerned. If they do not have any other sexual experiences, they might think this is how sex takes place and imitate actions they’ve found on the web in a real life situation. In a worst case scenario, these negative models can lead to inappropriate behaviours, including a lack of boundaries and misunderstanding about the notion of consent.

PT: How can parents start talking about sex with their child?

DH: Keep in mind that you’re having this conversation to inform your child, and this can help you to keep a little distance. Start with simple explanations or topics, be concrete, clear and direct. Have a positive attitude, avoid stereotypes and prejudices. Also, avoid being overprotective. One option is to break down the discussion between parents and each talk about the topic you feel most comfortable with. You can use visuals to make it practical and easy to understand.

PT: What about teenagers who don’t yet seem interested in sex?

DH: I urge parents not to be overprotective, be realistic. Often parents come to me and say, “We do not believe that our teen is interested in sex”, but as soon as they walk out of the room I get a thousand questions from the teenager. Ignoring the topic can lead to lack of information, resulting in increased vulnerability and risk of becoming a victim of abuse, sexually transmitted diseases and unwanted pregnancies. Teens are often more comfortable asking questions and learning from a neutral perspective (informative) and the social influence from a group is also very positive.

PT: Can starting the conversation pique their interest in sex?

DH: Information does not make young people more sex-obsessed, parents shouldn’t worry about that. Knowledge develops a young person’s boundaries and judgment, and gives them the ability to decode situations and to develop social and sexual skills. Knowledge can also reduce problem behaviors, improve self-esteem and independence, and increase social inclusion.

PT: Why is knowledge important?

PT: What is the most difficult aspect of sexuality to teach teens
with ASD?

DH: The social interaction and the fact that many young people within the autism spectrum have difficulty reading signals. This affects intimate relationships most. Consent is central to this; if the young person cannot read their partner’s signals it is very important that we teach them to always ask for consent. For example “Can I kiss you?”, even if it feels weird to ask.

PT: What are some common misconceptions among parents?

PT: What are the ‘must knows’?

DH: It’s simple – start talking about sex early. Many children within the autism spectrum have difficulty understanding the difference between what you can do at home and at school. Parents should also talk about and look at pictures of body parts with their children. Talk about what is private, what is not private; what can you do at home, that you cannot do in school.

It’s also important to know that some antidepressants have a negative effect on sexuality. I urge parents to consult closely with physicians to use the lowest possible dose and never combine two different antidepressants. Some side effects may be that your child will get a weaker or stronger sex drive, difficulty getting an erection and delayed ejaculation. Also ask about any psychiatric drugs and their interaction with the sexual function.

The main issue is to accept that young people with ASD have sexual needs, and to provide them with information about boundaries and inappropriate sexual behaviours, and enhance their judgement about sexuality. After all, a healthy attitude towards sex is part of the quality of life.