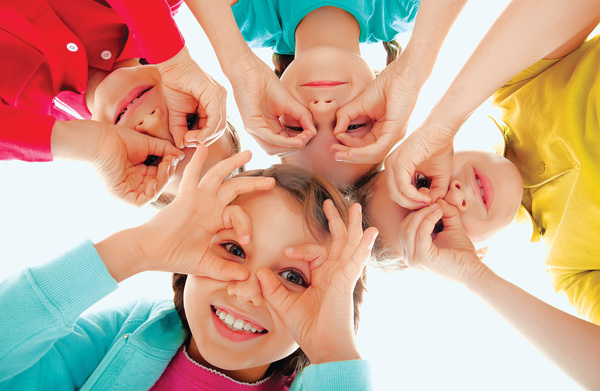 Trish, my eldest child, is a smart kid. She’s responsible and helpful. My youngest, Joshua, is very easy-going and just gets on with things. They get on really well with each other. But Sophie, my middle child … To be honest, we can’t figure her out!” says Lara Khan, mother of three.

If you’re wondering why your children are so different, think about their position in the family pecking order. Pioneered in 1910 by Austrian psychologist Alfred Adler, “birth order” theories hypothesise that the order in which children are born affects how their family members treat them. This, in turn, influences their personalities, relationships and lifestyle choices.

Parents are naturally very excited when their first child is born. They spend hours scouring the shops for the best necessities and luxuries for their firstborn; they agonise over, and celebrate, every milestone; and they navigate tirelessly through the child-rearing minefield, eager to be the perfect parent to the perfect child.

Raised in an environment where nothing but the best will do, the only child or firstborn typically develops into a perfectionist.

One day, the king of the castle is knocked off his throne by a younger sibling. The eldest child may fall in love with his baby sibling or he may feel rejected and unloved by his parents. To add to the blow, parents might become stricter on their eldest child because they no longer have the time to pander to his every whim or because they expect him to set a good example for the younger sibling.

Determined to regain his parents’ attention, the firstborn may become a responsible, rule-abiding leader or a frustrated rebel.

Bettina Farrimond, a mother of four, says, “Finlo, our firstborn, is very loving and gentle, but he does get stressed out whenever he feels an imbalance in the relationship with us. He is not a sporty person at all but he’s always trying to please us and never rebels if I sign him up for another sports course. Finlo is everybody’s darling; the teachers in school love him since he’s very obedient to rules.”

In 2008, a study conducted at Brigham Young University estimated that parents spend around 3,000 more hours with their firstborn between the ages of four and 13 compared to the next sibling. While Bettina spends more time with Finlo because she feels guilty that he is “in many ways, our guinea pig”, other parents may spend more time with their eldest child because they hold higher expectations of them to achieve academically or because they can identify more with them, according to a survey by Netmums.com in 2009. These findings may explain why, in 2007, Norwegian researchers discovered that firstborns are typically more intelligent than their younger siblings.

Unfortunately, parental pressure to be a flawless high-achiever can result in firstborns becoming overly anxious, inflexible and unable to cope with failure, be it perceived or real, advises Hadas Hecht, child counsellor at Child and Family Development Practice in Discovery Bay.

She advises parents to hold reasonable expectations of their firstborn. “Don’t put big responsibilities on his small shoulders and certainly don’t expect him to take on the ‘parent’ role’,” she says. “Teach your child that failure is part of learning. Praise your child for his efforts, not just his achievements.”

“The only thing you can bet your pay cheque on is that the firstborn and second-born in any given family are going to be different,” says Dr Kevin Leman, author of The Birth Order Book: Why You Are The Way You Are.

Bettina confirms, “Zoe, my second child, is the creative person in the house. She surprises us every day with her artistic talent. She certainly has a mind of her own and, at times, she can be completely unreasonable. Last week I caught her feeding our cat live fish from our pond. Finlo would never do this. It wouldn’t even cross his mind!”

Whilst Zoe is the second-born child, she is also the firstborn female sibling. She therefore possesses some firstborn characteristics. “Zoe tends to take on the mother role. She loves bossing around her little brother but, at the same time, she’s teaching him writing and drawing,” Bettina says.

Sandwiched between older and younger siblings, middle children usually possess strong social skills and, as a result, have lots of friends. At the same time, they can be unsure of themselves. “Jake, our third child, is the comedian and rebel of the family. Yet, he shows the biggest separation anxiety out of all our children. He is very competitive – as if he’s looking for a niche in the family,” says Bettina, who works hard to ensure each child feels recognised and appreciated in the family.

“‘Middle Child Syndrome’ is very real!” says Lisa Terauchi, who is currently expecting her third child. As a middle child herself, Lisa grew up feeling marginalised and neglected by her parents. Her older sister was the high achiever who was considered to be the smarter, prettier and more talented sister, and her younger brother was the golden boy who could do no wrong in their parents’ eyes. Lisa became the rebellious black sheep of the family.

According to Hadas, the middle child may become the “problem child” because, with neither the rights of the firstborn nor privileges of the youngest, she feels unloved and uncertain of herself.

Lisa agrees. “When I was a kid I would always pick the smallest piece of steak when given a choice, so my siblings would get the better pieces. Or I would choose the uglier handbag. Maybe I short-changed myself because I didn’t believe I deserved better.”

She continues, “Now I am the sibling who will actually hop on a plane to visit my siblings and their children. I work hard to keep us all connected and have gone from being the ‘black sheep’ to being the ‘glue’ of our family and Mum and Dad’s favourite child.”

According to a poll by TheBabyWebsite, exactly half of all middle children felt they were treated differently from their siblings when growing up, and 47 per cent felt they had to fight for their mum and dad’s attention. By the time middle children left home however, 66 per cent had developed a close relationship with their parents.

Hadas reminds parents to acknowledge the achievements of their middle child. “Enrol your middle child in activities that are different to his siblings and that will allow him to express his individuality. Don’t compare him to his siblings. Instead, remind him that he is a unique and special person.”

“With Finlo, I used to be more serious, but now I know that everything will sort itself out. I don’t get wound up about potty training, reading, whining or screaming anymore. With four children, I have to be relaxed,” says Bettina.

With fewer rules to adhere to, last-borns are usually free-spirited and fun-loving. They can be charming, outgoing, fearless and creative – all traits that describe Bettina’s youngest child. “At 18 months, Maya is very courageous and active. She copies her siblings a lot so she wants to paint with acrylic colours like her sister, play LEGO, ride a bike, catch fish and help with the cooking,” Bettina comments.

While Bettina encourages Maya’s independence, other mums may continue to baby their last-born. Accustomed to being pampered by parents and older siblings, the youngest child may become a “self-centred attention-seeker”, says Hadas. Equally, they may crave the spotlight because they realise that their achievements are no longer exciting for their third-, fourth- or fifth-time-round parents.

“Avoid letting your youngest child get away with everything or asking the older ones to give in to him when confrontation occurs. Teach your child boundaries and he will be better equipped to cope with life,” says Hadas. She reminds parents to show enthusiasm for each child’s achievements, regardless of their spot in the family. 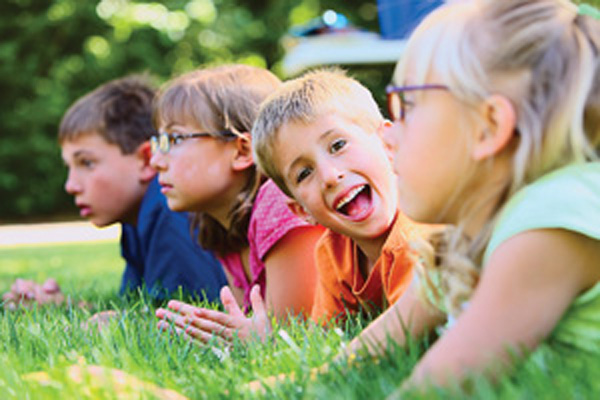 Not all families fit the traditional mould of two parents and one or more children. Adoptive, blended, and single-parent families can all play a part in shaping a child’s personality. So, too, can the age gap between siblings. As Lisa points out, her eldest child behaves like an only child and her second-born is more like a firstborn because of their 12-year age difference.

To avoid the potential parenting pitfalls of raising a larger family, irrespective of its structure, Hadas advises parents against treating children differently because of their position in the family.

“Recognise each child’s uniqueness and support their individual strengths. Do not compare siblings to each other. Instead, create an environment where each child feels like they belong to a ‘group of siblings.’”

Annie Darracott, the youngest of three loving siblings, agrees. Her eldest brother, John, is a leader; her middle brother, Mike, is the outgoing comedian and ‘glue’ of the family; and Annie is the much-loved youngest sibling.

“My parents adapted their parenting style to suit our personalities. They encouraged us to live our lives the way that best suited us and to be involved in each others’ lives,” says Annie, a mother of two. “It was my job to take the oranges on at half-time during my brothers’ soccer matches and they were at the finishing line cheering me on in all my athletics races. There is no sibling rivalry because we all knew we had different strengths and weaknesses but none of them made us better or worse people.”