Take it from one who knows… 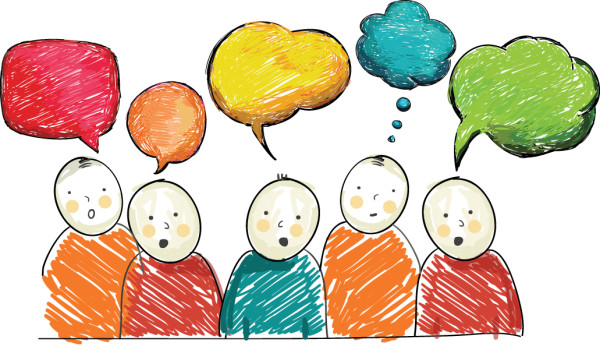 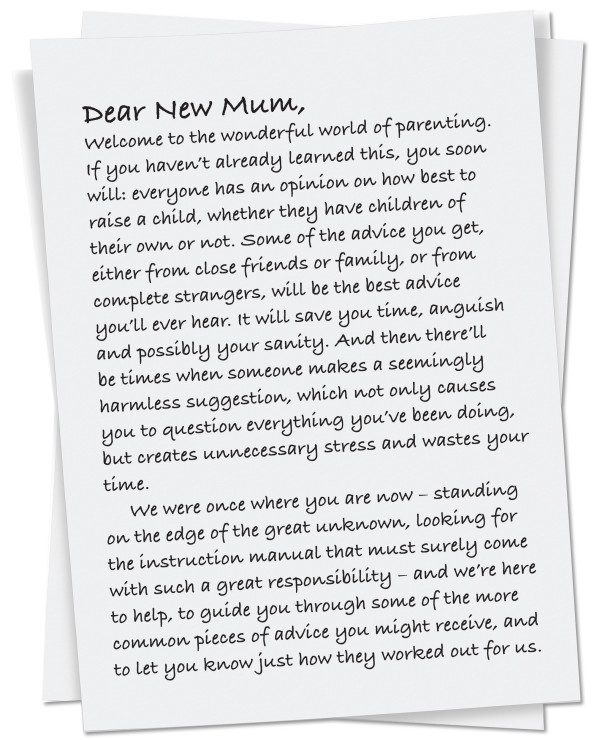 It’s only for now

Unsolicited advice can occasionally come from unexpected sources. Quite often, it’s not worth noting; but sometimes, it’s unexpectedly brilliant. The main thing to remember with advice is that, if it feels right to you, you should try it. If you read something, hear something, or are advised to do anything that you don’t feel right about, get a second opinion. Get a third opinion if you have to, and don’t feel bad about it!

Now, let’s start with sleep. Everyone wants to know how to get more of it, and everyone has an opinion on it. You’ll hear things like, “Never wake a sleeping baby”, “Sleep when the baby sleeps”, “You must get the baby into a feed-play-sleep routine”, “Don’t let them sleep in the car/stroller/baby carrier/with you/in your arms…”

In our experience, as long as every member of the family gets enough sleep (and as long as baby is safe at all times) it doesn’t really matter how you go about it. There are days when what worked yesterday has the opposite effect today – babies are unpredictable like that. But whatever you do to get through those first months, and sometimes years, all children sleep all night eventually. If you choose to let them sleep on the floor while you vacuum around them, remember this: the ability to fall asleep anywhere, anytime, may come in handy one day. 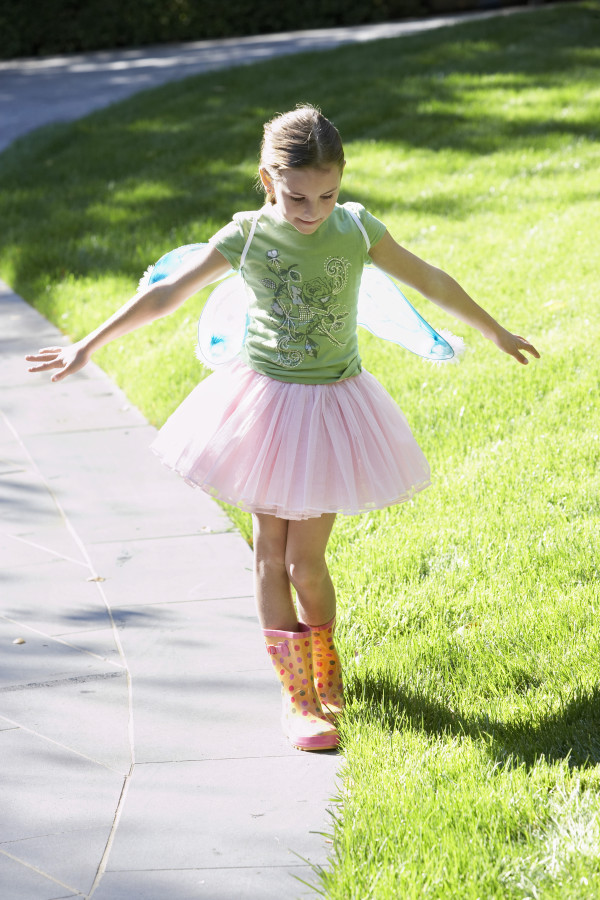 That brings us to one of the best pieces of advice we ever received: Whenever you’re at the end of your tether, when you haven’t had a decent sleep in months, when your toddler is on a hunger strike and you’re convinced they’ll perish and it’ll be all your fault, repeat to yourself: “This too shall pass.” It always does. Everything happens in phases and those phases are often over before they’ve begun, as babies grow into toddlers, and toddlers into children so very quickly. That newborn fog can feel relentless some days and you’ll wonder if you’ll ever function as a human being again. Then suddenly, you wake one morning and realise your precious little one finally slept through. Knowing that it will end, that it won’t always be this way, is the light at the end of the tunnel for many mums. It’s also a mixed blessing because it really does go so fast, and you never quite appreciate that until your children have managed to grow up without your realising it.

Other helpful words of wisdom along the same lines are: “Don’t sweat the small stuff.” As parents, we spend an inordinate amount of time worrying about trivial things like pacifiers, tantrums and bed-wetting, when the reality of it is, kids eventually outgrow these things. They really, truly do, usually when they decide they’re ready. Think about it: When was the last time you saw a teenager nursing a pacifier?

Love the one you’re with

Some fights are worth fighting. Encouraging your children to read every day, to get outside, and to help around the house will all pay dividends in the long run. It may take years, but you’ll be glad you put in the effort when they were young.

But picking your battles goes both ways, particularly when your tiny one turns into a toddler. If you have a daughter who insists on wearing a tutu every single day, or a son who refuses to eat anything orange, accept that sometimes you’ll need to let them win. Fighting them on every little thing will be a waste of time and energy that you could otherwise spend simply enjoying their brilliant uniqueness.

On that note, here is another piece of very valuable advice that you might not hear that often when your children are young, but it’s something well worth heeding: accept your children for who they are when they’re young. We worry about our shy children and encourage them to be more outgoing. We worry about our outgoing children and bemoan them to be quiet/sit still/don’t do that… There’s a fine line between guiding them and telling them to be someone other than who they are. Babies are born with their personalities almost predetermined. You can teach them values and right from wrong, but you can’t change who they are. Let them be who they’re going to be and your relationship with them will be richer for it. You’ll also have a lot more time on your hands once you stop worrying so much.

Mothers of boys will too often hear, “Boys will be boys,” which is a verbal way of throwing your hands in the air and admitting defeat. But what lies beneath it is the previous piece of advice. Accept that your boys will be boys, but shape them into strong and thoughtful little men and you won’t be throwing your hands in the air when they’re older.

The saying, “If you build it, they will come,” doesn’t just apply to baseball fields and Kevin Costner movies. In parenting, it has a lot of applications, but above all it’s about the welcoming and nurturing home you create. Sit down as a family for dinner, talk, listen, keep in touch with what’s going on in their world and encourage them to share as they are growing up. When they’re teenagers, an age when they’ll typically be non-communicative and only coming home to eat and shower, if you’ve planted the seeds, they’ll be more likely to share the important things with you. When they finally come home at 3am and decide they would like a chat, you need to wake up, sit up, suck it up, and listen, because they only say it once and you’d better be listening. You’ll be surprised as to what you might find out and what they’ll tell you in the unintimidating, non-judgemental, comforting darkness of the night. If you’ve built a home where your children feel safe and welcomed, when they leave home as adults they’ll be far more likely to come back for Sunday roasts and holidays, to pick up the phone and call you every week, and before you know it they’ll be bringing their own children around. 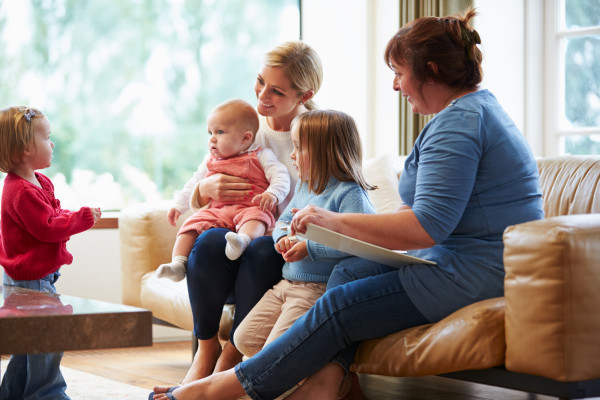 No one is alone

There are many things you’ll learn along the way that you’ll wish you had known in those early days. You’ll often cry, “Why didn’t anyone tell me about this?!”

Of course, we had advice from others who had been down this path before, but the one thing we all wish we’d known was that we weren’t as alone as we felt. Those early days and weeks with a newborn can be a lonely and trying time. Many describe a fog, induced by hormones, sleep deprivation and sheer bewilderment, that descends and hangs about for a while, making some days seem quite intolerable.

For some, it’s worst in the wee hours when you’ve nursed for what feels like forever, paced the floor, rocked, cuddled and nursed some more, and nothing seems to settle the baby. For others, it’s those hours in the evening when you start to prepare yourself to face the night ahead, growing increasingly anxious as you wonder how many hours it will take to settle your bundle of joy, and how many hours it will be before you have to do it all over again, knowing that if the baby does sleep for hours you’ll be up frantically checking to make sure they’re still breathing. 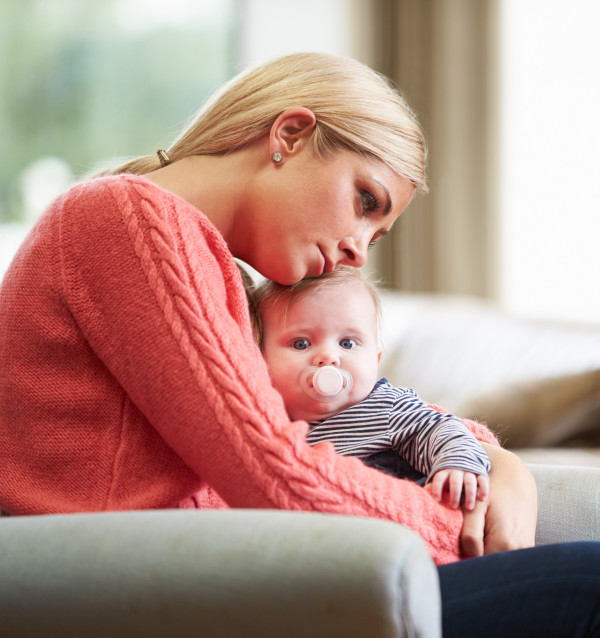 What many of us didn’t know then was that our friends with newborns were in their houses under the exact same fog, suffering those same anxieties, and feeling just as alone as we were. So our advice to you is this: you are not alone. Reach out and ask for help; there’s no shame in needing it. Whether or not you have friends with newborns, there will always be someone close to you who gets it, who knows what you’re going through, and who will be there for you. They’ll probably give you advice, which could either be the best advice you’ve ever heard or the worst! But take it all in and know you’ll soon be in a position to be giving out advice yourself.

Finally, no amount of external advice can replace instinct. You know your child best, and you know the needs of your family better than anyone. Trust yourself and do what works for you. You’ll be glad you did.

Many mothers, grandmothers, aunties, close friends and random strangers contributed to this piece – too many to list here. For their wisdom and support in writing this piece, and in raising my own babies, I am eternally grateful. –Brooke

How to Help Children Eat Well as Vegans

Learn Mandarin the Fun Way With the Max and Mei &...