Keep them talking, but don’t be too picky about who they are talking to, advises Dr Helen Reidy. 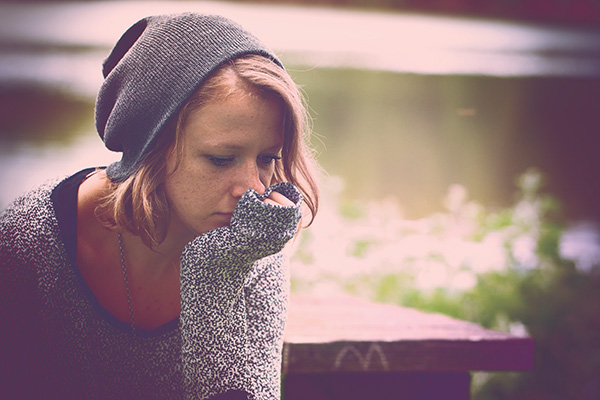 As a psychologist, parents often come to me feeling worried, confused or upset that their teen is no longer sharing their feelings with them and seems to be isolating him- or herself. They recount times when their child would confide the details of their day – an act that is now rare and normally occurs only after quips have been made about the stony silence at the dinner table, or when the parent has learned from another source that something needs to be discussed. Parents also feel frustrated about the amount of time that their teen is spending on social media or messaging their friends on their devices, rather than conversing with the people sitting next to them in the real world.

Now for the teen’s perspective. When we discuss these topics in the therapy room, teens share their parents’ frustrations, but tend to feel that their parents aren’t giving them enough space. They perceive that they do in fact speak regularly to their parents, albeit less than they had prior to their teen years. Rarely is the stereotyped response of ‘my parents just don’t understand me’ articulated; teens are more likely to feel embarrassed that their parents probably do comprehend the situation. They are often slightly uncomfortable with the realisation, as they become adults, that their parents are more similar to them than they had realised. The dissonance that occurs between their mental depiction of the consistent, unconditional ‘parent’ of their youth, and the parent as the ‘person’ in their own right, is one that is pretty hard for a teen to hold in mind. Most adults will remember a time – whether that be a slightly sickening feeling when their parent recounted a story about ‘dating’, or a realisation of vulnerability on witnessing their parent cry – where the internal representation of their parent changed. This is often quite a defining moment, and often one that feels quite difficult. It is worth remembering that this is what is going on for your teens in real time. Teens are moving on up towards adulthood. Slowly, slowly; day-by-day, they are forming relationships that are more adult in nature, and are becoming more dependent on people outside of their family network. They are still relying on their parents in a way, though. Their attachment style – the model of social interactions that is used as a template for new relationships – is based on the experiences that they had in early life with their parents and other caregivers. This will at least in part provide the basis of how these new relationships will play out. It is new territory for them, so there is a lot of trial and error, and a lot of energy and emotion invested in each of these new relationships.

Their brain development isn’t giving them an easy ride, either. The part of the brain that elicits emotional responses (the amygdala) is well developed by the time your kids become teens. With hormones flooding the brain during puberty, the amygdala is very busy indeed. However, the region of the brain that mediates emotional responses (the prefrontal cortex) is still under development until much later in life (up to 25 years old). This leaves the emotional-processing centre of the brain flying solo for a while. When you add the more adult-like demands of relationship forming and navigating complex social interactions into this equation, teens can find it tough.

So why are these teenage social interactions and friendships important? Firstly, they provide a normalising support network and a sense of belonging in being with others who are going through the same experiences as themselves (whether this be stress at school, early intimate relationships, or otherwise). These interactions also provide information about puberty, physical, emotional and sexual development that can be invaluable to a teen. Social networks provide an opportunity to experiment with different identities, values and roles. As they move through their adolescence, teens engage in finding the answer to the question

trying to define their own self-concept. This identity development can be a rocky road, and therefore having people to talk to who are on the same journey is key. Teen interactions also provide exposure and experience to solving and handling more complicated social and emotional issues amongst their peers, in which previously adults would have taken a lead. This develops an individual’s ability to navigate similar situations in later life.

The amount of time that teens spend on social media can be partially explained by the need to be working on and engaging in these social interactions and peer relationships. The high reward value of many social media sites is also especially intoxicating to a teen. The prefrontal cortex again plays its part in this. As well as managing emotional responses, the area also has a role in behavioural inhibition and impulse control. If a social interaction is rewarding, then their under-developed prefrontal cortex makes it very hard for a teen to disengage, and put their phone or device away. Websites like Facebook, on which even an adult with a fully developed brain can spend long periods of time, are incredibly captivating to teens, who will struggle to control their impulses and shut down a social app. This under-developed impulse control is also thought to be one of the reasons that teens engage in risky behaviours, despite having been warned of the dangers and disadvantages of doing so.

Noticing some reduction in the amount of time that teen wants to talk with you as a parent, and noting a preference for spending time on their device, is therefore completely normal. However, if your teen is becoming socially isolated in general, it may be a cause for concern. Withdrawing socially altogether can be a sign of low mood or anxiety, as well as more serious mental health difficulties. Importantly, social withdrawal will normally serve as a maintaining factor in most mental health problems. Isolation can reinforce an anxiety that your teen has about the world around them through avoidance. It can make an individual feel more alone, giving them time to ruminate and feel lower in mood. Social withdrawal can also form a barrier between any difficult or worrying internal experiences of your teen and helpful, normalising social interactions.

If you are noticing that your teen is engaging in prolonged periods of self-isolation, then try to speak to them gently about the reasons for this. If they won’t talk to you, maintain an open door but try and encourage them to speak to friends, teachers, or other trusted individuals. Seek professional help if you are concerned about their wellbeing.

Friends are the leading factor in your teen’s short-term choices like appearance and interests, whereas parents and caregivers influence their longer-term decisions, their relating style, and their values and morals. The short-term camp can sometimes seem like the obvious authority over your teen’s behaviours and their social interactions, which can be frustrating for a parent, however it is important to remember that this is a vital part of development, and therefore – as long as the teen is not engaging in dangerous or harmful behaviours – these relationships are to be encouraged. The parent is still the secure base that the teen will come back to when most-needed. They may even put into practice some of their newly developed social skills to support the parent at times. Maintaining strong relationships with both parents and friends is key to helping your teen to grow into an adult with strong social skills. Keeping them talking is key.

This article appeared in Playtimes September Issue 2017 and was updated in November 2018.