The Boy in the Mirror

When it comes to body image and our children, we usually think about it as an issue pertaining to girls – girls striving for that ‘ideal’ female body type reinforced by the media, and the impact this excessive desire has on girls’ self-esteem, what they think about themselves, their relationships with others, and their standing in society.

This emphasis on girls’ body image is warranted – more than half of teenage girls want to lose weight, nearly a quarter of teenage girls skip breakfast, over a quarter of 10- and 11-year-old girls want to slim down, and this increases to over half of 12- and 13-year-old girls. Unfortunately, the number of girls trapped in an obsession with body image continues to increase, although initiatives such as the ‘real girl’ movement in the fashion world and the #likeagirl movement are starting to address this and to have a positive influence on how girls perceive themselves.

However, in contrast to the focus on body image in girls, little thought is given to the body image issues boys can experience. Body image in boys is rarely discussed or considered even though it can have a similarly significant impact on self-esteem, motivation and emotions.

In fact, 33-35% of 6- to 8-year-old boys would like to be thinner. One in four eating disorders occurs in males and emerges close to puberty. Individuals affected by eating disorders tend to be perfectionists, harm avoidant (a personality trait characterised by excessive worrying, pessimism, shyness and being fearful), and intolerant of uncertainty. Such kids are often fearful of being bullied about their bodies, a belief that could be completely irrational. 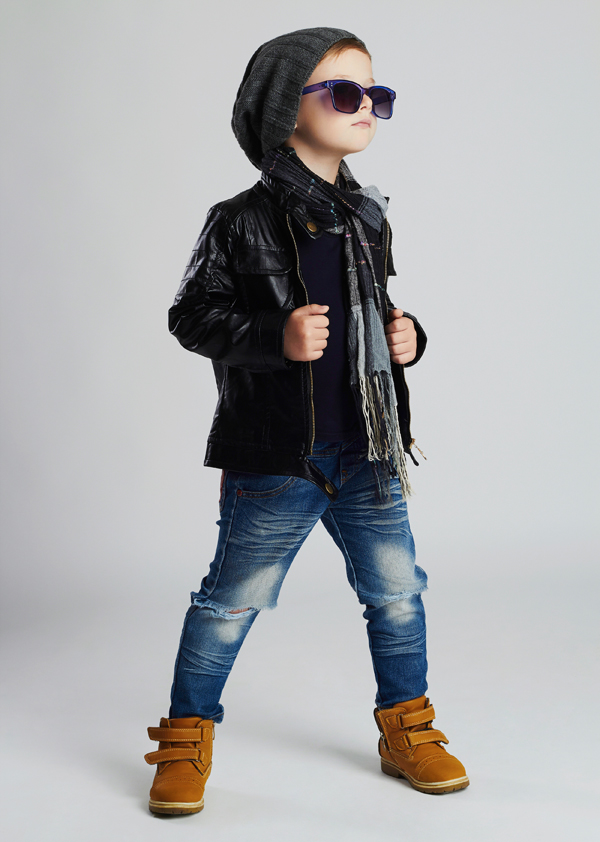 Gender stereotypes in the media can strongly influence boys on how they should act and behave. Guys are often portrayed as strong, fit, masculine, brave, resilient and infallible, although as with most stereotypes, this rarely holds up in real life. While there is a growing body of movements aimed at shielding children from gender stereotyping – for instance, the removal of gender-specific labels on toys, bedding and entertainment at US retailer Target – boys (and their fathers) are still exposed to many stereotypical ideals of what a male should conform to.

These stereotypes are subtly introduced to our children, from Halloween superhero costumes that give 5-year-olds six-pack abs to action figures that have impossibly sized muscles. Be it magazine covers or video games, boys and men are consistently represented as fit, muscular, and strong individuals who do not need to talk about emotions. If boys are constantly held to this unreal standard of a manly man, or compared to what a manly man should be, this can have many unwanted consequences on their emotional well-being, identity and self-esteem.

Body image typically develops in early childhood and is often influenced by family, culture and the media. Common body image problems in boys relate to a boy feeling that he is overweight and lacking muscle, too skinny and lacking muscle, too tall or too small. In a culture that tends to discourage boys from talking about their feelings, it can be much harder for parents to detect their son’s body dissatisfaction.

Similar to the notion that men should not talk about mental health issues such as depression or express sadness because it is not a manly thing to do, talking about feeling uncomfortable about your body or expressing dissatisfaction with your looks is also looked down upon in many social circles. This can make it difficult for parents and other adults to recognise or identify cases where body image is becoming a real problem for a child. The pressure to be and look manly could lead to crash diets, over-exercising, smoking and taking excessive or harmful supplements to enhance muscle growth.

One of the biggest factors causing body image difficulties is low self-esteem. Low self-esteem can cause boys to modify their behaviour in three key ways that could prove harmful: they eat more and do less; they go to the gym to build more muscle; or they eat less.

In the first instance, a boy might start to consume more comfort foods, which are often unhealthy and full of addictive sugar and salt, which leads to overeating. This in turn causes weight gain and skin problems such as acne. This perceived decline in appearance causes the kid to feel worse about himself and may stop him from wanting to go swimming or change in front of his peers in the changing room, due to embarrassment. This in turn can lead to low self-esteem. It is a vicious cycle that plagues  many boys, especially teenagers.

What families can do

Make health a habit and practise healthy choices. If your son grows up understanding that exercise is part of his family’s way of life, and being given healthy meals and snacks, he will more likely keep these habits as he grows up and develops independence.

Find other role models. Look for alternative role models in the media who support well-rounded and realistic perceptions of what men look like, unlike photoshopped teen idols that appear in magazines.

Be proactive. Respond to negative signs in your son’s behaviour, rather than waiting for him to ask for help. Pay attention to significant weight gain or weight loss, or if your child changes his eating habits dramatically. If he starts to cut out carbs or desserts this could indicate that he is starting to become overly focused on his size.

Find out why. If your son does want to change his size, try to find out why (while being aware that he may not know the answer or be unable to articulate it). If he has a valid reason, help him make changes in a healthy and safe way. If necessary, or if he is not receptive to your suggestions, visit a personal trainer or consult with a dietician – sometimes the same messages coming from professionals might be received more positively.

Focus on the positives. Highlight all the positive attributes about him that are not weight or shape related.

Reframe thoughts. If your son is stuck thinking unhelpful thoughts about his body and size, try to help him think about the problem in a more helpful way. Focus on what he can do and what you can do to support him.

Boost self-esteem. Oftentimes body image either causes low self-esteem or is a consequence of low self-esteem, or both. Regardless, boosting your son’s self-esteem is important. Focus on his efforts, encourage him to develop his strengths and virtues and find activities that allow him to explore and improve upon these strengths.

Seek professional support. If there truly is a more significant problem with your son’s weight or body image, you may benefit from talking with your paediatrician or seeing a psychologist who can offer family-centred support rather than individual therapy – getting parents and siblings involved in support has been found to be much more effective.