The History of Halloween

Ever wondered about the history of Halloween? You’ve come to the right place. Also known as Hallowe’en (Hallows’ Even or Hallows’ Evening), Allhalloween, or All Saints Eve, the origins of this spooky celebration are full of lore. Read on if you dare…

All Hallows’ Eve, or All Saints’ Eve, is celebrated in several countries around the world on 31 October. Dating far back in history, the word ‘Halloween’ or ‘Hallowe’en’ is of Christian origin and means ‘Saints’ evening’. It comes from the Scottish term for All Hallows’ Eve, the evening before All Hallows’ Day (or All Saints Day) which is a festival to honour all the saints, especially those whom didn’t have their own day. 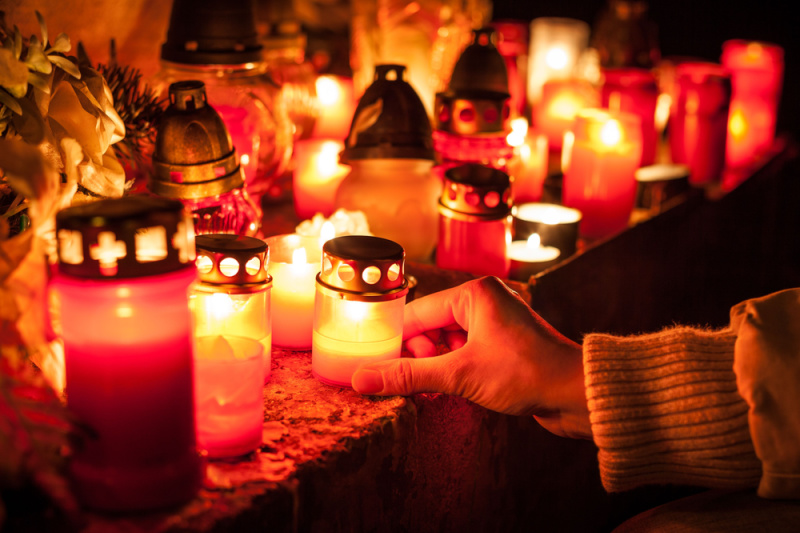 It is widely believed that many Halloween traditions originated from ancient Celtic harvest festivals, particularly the Gaelic festival Samhain (pronounced Sah-ween). It was the biggest and most significant holiday of the Celtic year. At the end of summer, the Celts thought the barrier between our world and the world of ghosts and spirits was very thin. People gathered to sacrifice animals, fruits and vegetables, and they also lit bonfires in honour of the dead to aid them on their journey and to keep them away from the living.

During the celebration, the Celts wore costumes, typically consisting of animal heads and skins, and attempted to tell each other’s fortunes. This fact may help explain the root of wearing costumes during Halloween. These festivals may also have had Pagan roots and some believe that Samhain itself was later Christianised as Halloween by the early Church.

The eve of the Western Christian feast of All Hallows’ Day was the start of a three-day observance of Allhallowtide, dedicated to remembering the dead, including saints (hallows), martyrs and all the departed. In the 9th century, the influence of Christianity had spread into Celtic lands, where it gradually blended with and supplanted older Celtic rites. The Western Christian church shifted the date of All Saints’ Day to 1st November, while 2nd November later became All Souls’ Day. It’s widely believed today that the church was attempting to replace the Celtic festival of the dead with a related, church-sanctioned holiday.

Over time, Samhain and All Saints’/All Souls’Day merged to create the modern Halloween. Historians have used the name ‘Samhain’ to refer to Gaelic Halloween customs up until the 19th century. The Church also contributed to some of the more popular Halloween customs as we know them now.

During the later Middle Ages, people would go from house to house asking for cakes in return for praying for the souls of those in the house, known as ‘souling’. This may be the inspiration for our modern-day trick-or-treating.

In more modern times, Halloween activities include trick-or-treating, Halloween costume parties, carving pumpkins into jack-o’-lanterns, lighting bonfires, apple bobbing, visiting haunted attractions, telling scary stories and watching horror films. In many parts of the world, the Christian religious observances of All Hallows’ Eve includes attending church services and lighting candles on the graves of the dead, although elsewhere it is a more commercial celebration. 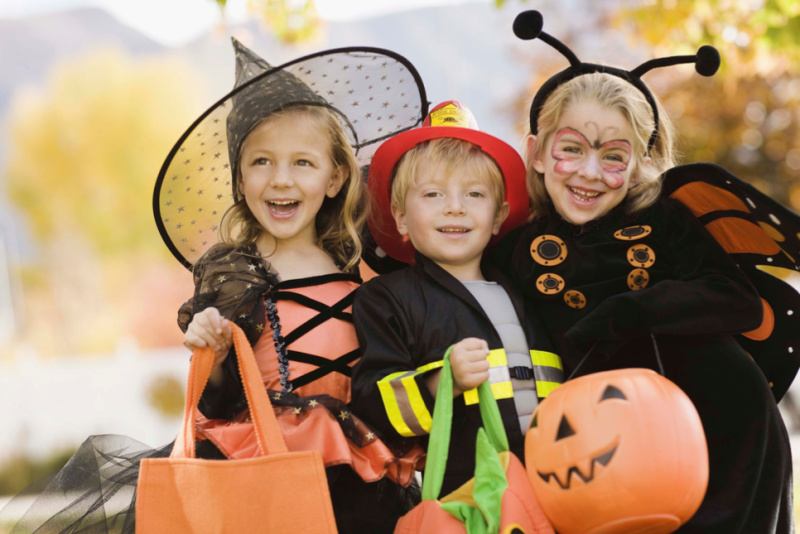 The History of Halloween: Jack-O’-Lanterns

The term Jack-o’-lantern originally had nothing to do with a person named Jack, a lantern, or a carved pumpkin. In 17th-century Britain, the British often called men whose names they did not know a common name, like Jack. Thus, an unknown man carrying a lantern was sometimes called ‘Jack with the lantern’ or ‘Jack of the lantern’.

At the same time, in certain areas of the world, especially marshlands, people would see strange flickering lights called ignis fatuus (foolish fire) or ‘will-o’-the-wisp’. These lights resemble a lamp, and the closer you get to it the more it fades. These lights have entered the folklore of cultures around the world, from the Americas to Asia, and each culture gives a different explanation for the origin. Jack-o’-lantern was one of the names given to this phenomenon in southwestern England and East Anglia. The first use of the term for a carved pumpkin lantern occurred in 19th-century United States, and it’s been used ever since. 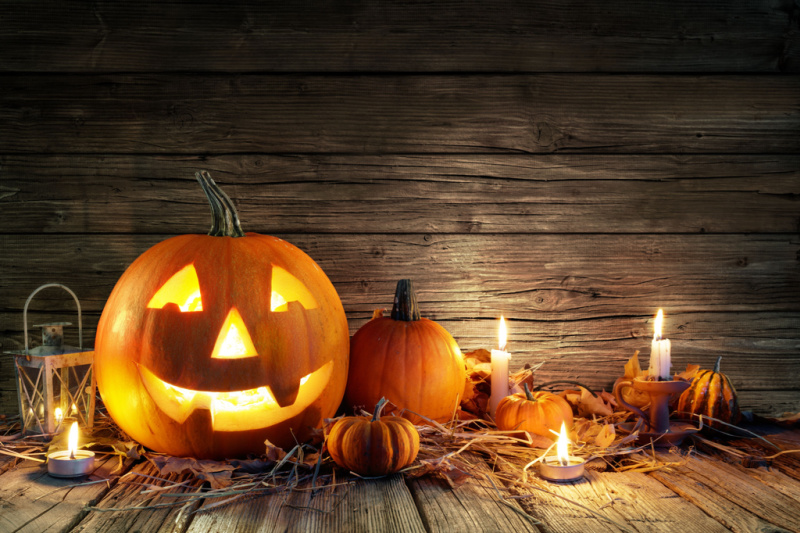 Jack-o’-lanterns were traditionally carried on All Hallows’ Eve in order to frighten evil spirits. There is a popular Irish Christian folktale associated with the Jack-o’-lantern, which is said to represent a ‘soul who has been denied entry into both heaven and hell’.

Another story goes that en route home after a night’s drinking, Jack encounters the Devil and tricks him into climbing a tree. A quick-thinking Jack etches the sign of the cross into the bark, thus trapping the Devil. Jack strikes a bargain that Satan can never claim his soul. After a life of sin, Jack is refused entry to heaven when he dies. Keeping his promise, the Devil refuses to let Jack into hell and throws a live coal straight from the fires of Hell at him. It was a cold night, so Jack places the coal in a hollowed out turnip to stop it from going out, and since then, Jack and his lantern have been roaming looking for a place to rest.

In Ireland and Scotland throughout history and even today, the turnip is traditionally carved during Halloween, but immigrants to North America used the native pumpkin, which is softer and larger and easier to carve. The American tradition of carving pumpkins dates back to 1837 and was originally associated with harvest. It later became associated with Halloween in the mid-to-late 19th century.

We hope that this history of Halloween has inspired you to get your best costumes out and have a blast trick-or-treating with the family!

If you're staying local this festive period, there's heaps of fun things happening. From activities to camps and staycations to beautiful afternoon teas and...
Read more