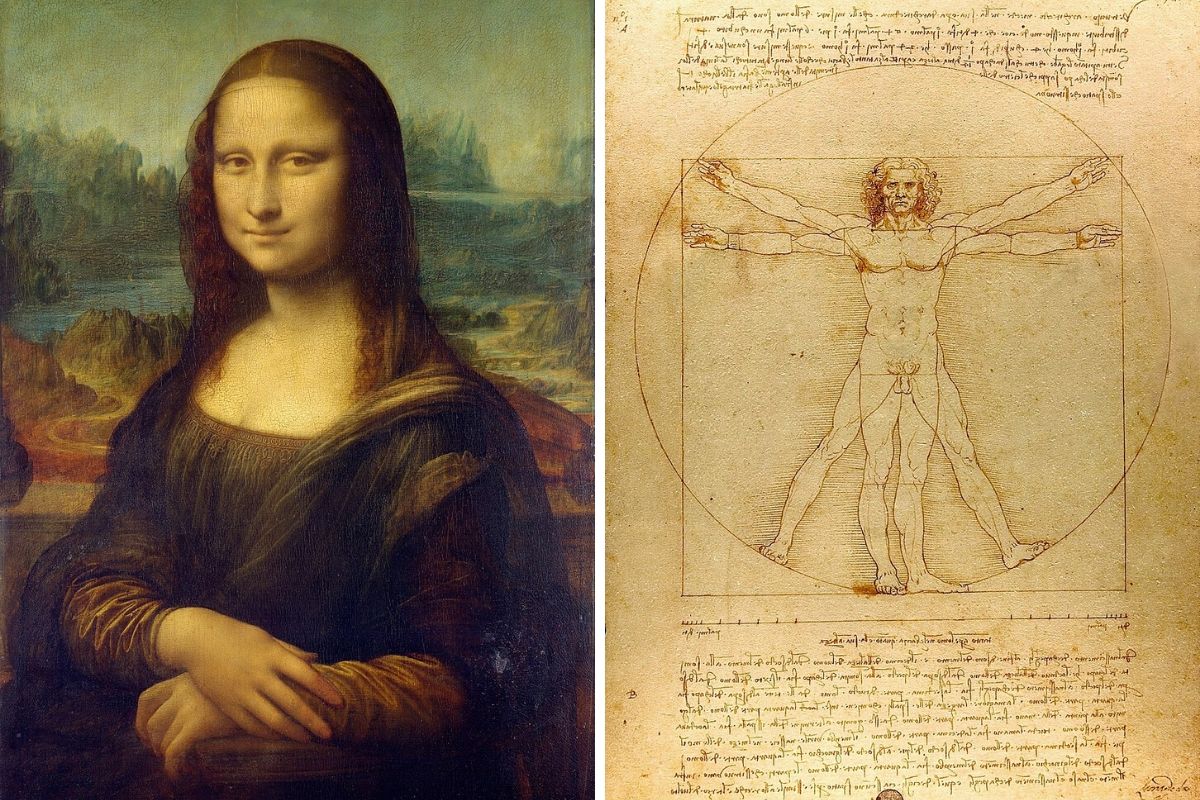 Known worldwide as the “Renaissance man”, Leonardo da Vinci’s intrinsic genius crossed so many disciplines that he epitomized the term. While he remains best known for his art, he was also a brilliant inventor who made immense contributions to life as we know it today. His two most famous paintings (among the world’s most famous and admired), include Mona Lisa and The Last Supper.

From now until 16 February 2020, catch never-before-seen Leonardo da Vinci exhibits. There’s an 8-metre-tall mosaic of the famed Mona Lisa, two of da Vinci’s inventor’s manuscripts (Codex Atlanticus and Codex on Flight), an amazing reconstruction of the Silver Lyre made from a horse skull (one of da Vinci’s inventions recorded only on sketch). Enjoy the ingenious Harpsichord-Viola as well as countless digitized notes and interactive gaming zones – all displayed according to Italy’s national standards so you can truly peek into da Vinci’s wondrous world.

The Codex Atlanticus – Contents within this collection ranged from mathematics to botany, architecture to technology, music and much more notes and scribbles hinting at da Vinci’s inventive mind – all of which later became immense contributions to life as we know it today.

The Codex Atlanticus records his ideas on the musical instruments’ design and features. 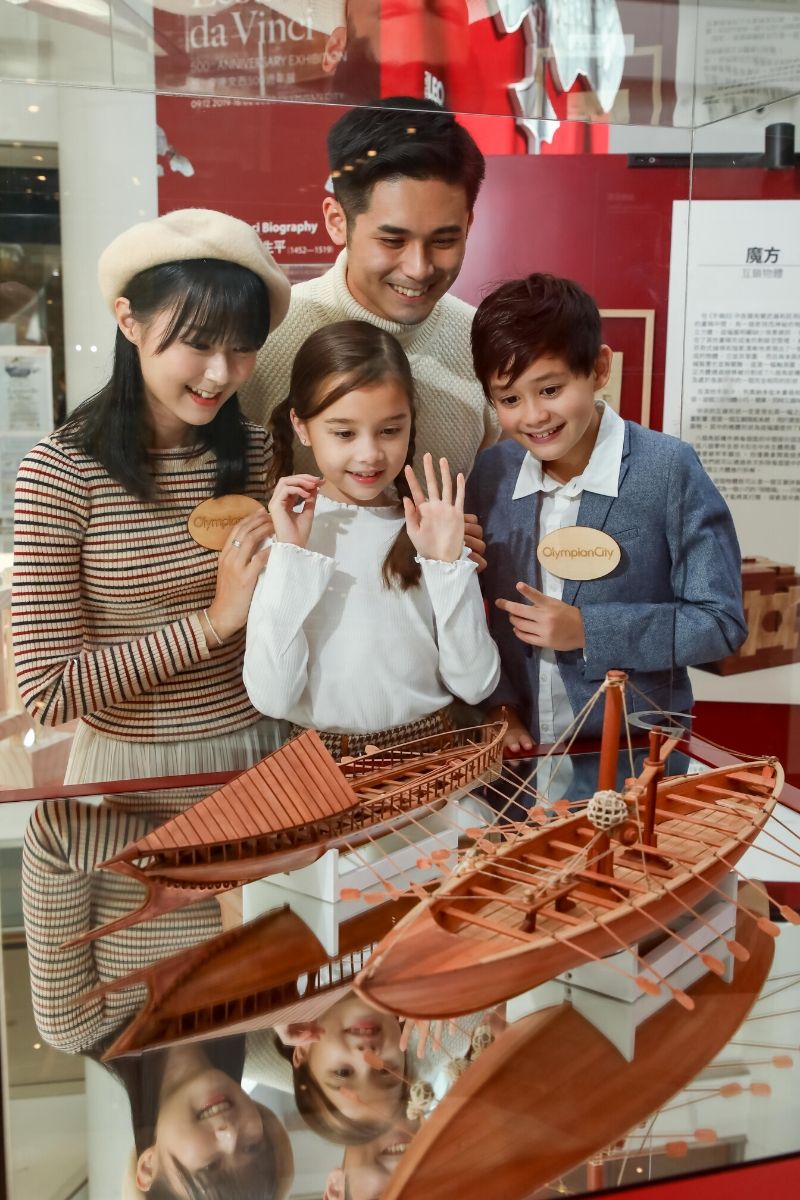 See over 1,000 original manuscripts in digital format to provide a better understanding of da Vinci’s creative ideas. In addition, various machines flown in from Italy will offer a comprehensive view of da Vinci’s inventions, which have inspired developments in aviation, architecture, geometry, music, art and other aspects.

Mallgoers can turn into Mona Lisa and become part of the Mona Lisa interactive mosaic shown at the exhibition. For every photo collected, a HK$5 donation will be made to support the charitable mission of Smile With Us HK.

How to join: S+ REWARDS / Olympian Kids members can join for free.

Mallgoers may enjoy an immersive experience of da Vinci’s masterpiece The Last Supper, in which they can explore the master’s artistic techniques and unfold secrets behind the famous painting.

How to join: One admission can be redeemed with 3 S+REWARDS points or 300 Olympian Kids points.

A body scanner allows participants to compare their body build to that of da Vinci’s “Ideal Man”. The participant with the closest fit each week may win a HK$200 voucher from an Olympian merchant.

How to join: Present the “da Vinci” electronic badge* on the S+ REWARDS mobile app

* To earn a “da Vinci” electronic badge, locate the designated QR Code in the mall and scan it with the S+ REWARDS mobile app.

Participants will wear a sensor to control the flying device with their body in a flying contest, and receive a special gift upon completing the game. The participant with the highest score each week may win a HK$200 voucher from an Olympian City merchant.

How to join: One admission can be redeemed with 3 S+REWARDS points or 300 Olympian Kids points.

*Some sections have designated opening hours

Tiffany Beeson
Tiffany Beeson is a content writer, editor, and copywriter with a focus on all aspects of health, parenting, education, families, and lifestyle. She also edits in the global real estate and finance sectors. Tiffany has contributed to large global publications in scientific research and holds a Master of Science degree in Physiology. She spent over 17 years of her career in the field of clinical research in the USA, Hong Kong, Europe, and Canada - writing protocols, standard operating procedures and data reports. Outside of writing, Tiffany enjoys spending time outdoors with her 2 children.