Reading Time: 7 minutesThe more romantic amongst you may have seen The Notebook, a film where an old couple read a love story together and the woman is entirely unaware that it is depicting the story of her life. It has become a classic because each of us can empathise with the devastation that losing precious memories can bring, not only for the person, but also for their family.

The fact is that the number of people suffering from degenerative memory loss is on the increase. The World Health Organization (WHO) now estimates that there are currently about 18 million people worldwide with Alzheimer’s disease. This figure is projected to nearly double by 2025 to 34 million. Much of this increase is predicted to be in developing countries, primarily due to their newly ageing populations.

Currently, more than 50 per cent of people with Alzheimer’s disease live in developing countries, although studies from China and Taiwan have shown a lower risk of Alzheimer’s disease in comparison.  There is no clear evidence for the disparity; however, experts are now investigating how much diet is playing a role. 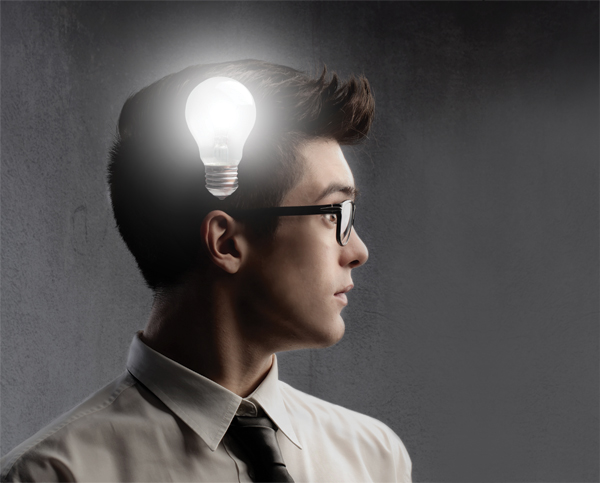 First described by the German neurologist Alois Alzheimer, Alzheimer’s is a disease that affects the brain. Protein “plaques” and “tangles” develop in its structure, leading to the death of brain cells; this subsequently has a negative impact on the transmission of messages within the brain.

Vascular dementia, Parkinson’s disease and Pick’s disease are all part of the same family of neurodegenerative diseases, which, over time, damage the central nervous system and brain, ultimately resulting in progressive damage to memory, functioning and thinking skills.

Sadly, there are often no warning signs and the initial symptoms of these diseases can be so subtle that they are difficult to detect. There is no fixed pattern to symptoms, and they can appear over a long period of time or materialise rapidly.

The memory is a very complex system, and without it we wouldn’t have the ability to store or remember anything we have felt, done, seen or smelled before.

What we remember is greatly influenced by what we already know or believe – we construct our memories from our knowledge, experience or preconceptions about what happened – not from what actually happened. Memory has been compared to other information storage systems (like a computer, for example) but it is actually unique in its complexity and flexibility.

Without memory, life would be chaotic – we wouldn’t know who or where we were, we would be incapable of learning anything, and we could not perform the simplest of skilled actions.

Adding to your memory cannot be compared to filling a glass with water, because our mind never fills up. Indeed, the more you know, the more you can remember, which is why experts in any field use their previous knowledge to remember new information more effectively than novices. 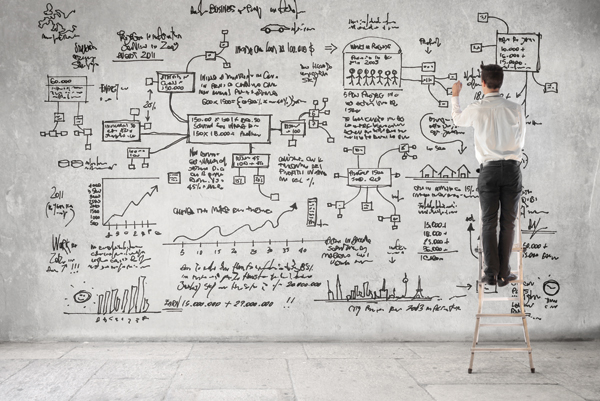 We have all experienced the feeling of frustration at not being able to recollect a person’s name (particularly if we know them well) or being unable to recall the times tables as quickly as before.  However, don’t dismay, because this does not necessarily mean that something more sinister is going on; it can usually be explained by a host of other factors.

If we do not successfully receive this information – if we’re distracted, lack focus or attention, for example – then we set ourselves up to “forget” this information more easily. For example, if we are interested in football, we can easily remember all the players’ names, scores, scoring history, etc. The same is true in reverse: when we are not particularly interested in a topic, we tend not to retain sufficient information from the outset because it doesn’t hold our attention.

Stress, anxiety, depression and simple tiredness can also play a large part in promoting what may be perceived as a failing memory. However, what does happen is that these factors simply cloud the mind at the encoding process, thereby reducing the amount of information absorbed.

Once information is encoded, it is stored in the mind in the form of words, pictures or motor actions, depending on what has been learned. For example, a person’s name – Marilyn, let’s say – could be learned as a series of three syllables, Mar-i-lyn, or it could be stored as a mental image, perhaps a picture of Marilyn Monroe. However, skills such as driving a car are best stored as motor programmes through practising and enacting the action as often as possible.

To retrieve information from our memory we need a cue, such as a key word or specific trigger. If we lack one, then we are likely to experience that “tip of the tongue” sensation, where we are sure we know the answer, but cannot recover it. Our memories are remarkably dependent on contextual factors: that is, people tend to remember best when their recall takes place in a similar environment to the one in which the original learning occurred. 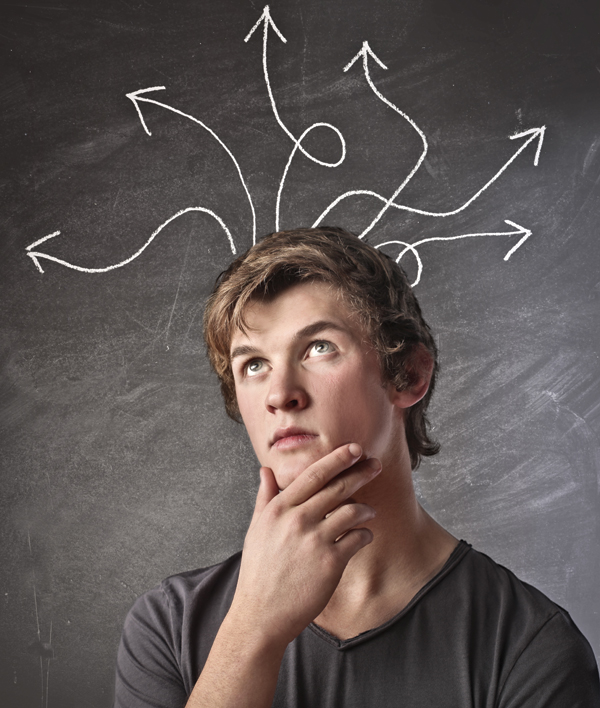 So, what can we do to help keep our brains and our memory strong? It seems like there is a new food or product that claims to boost your brain functioning launched every day, but it really comes back to the age-old basics. Just as an athlete relies on sleep and a nutrition-packed diet to perform at his or her best, your ability to remember increases when you nurture your brain with a good diet and other healthy habits.

When you exercise the body, you exercise the brain. Treating your body well can enhance your ability to process and recall information. Physical exercise increases the oxygen supply to your brain and reduces the risk for disorders that can lead to memory loss, such as diabetes and cardiovascular disease. Exercise may also enhance the effects of helpful brain chemicals and protect brain cells.

Like the body, utilising our brain keeps it healthy. If we sit around on the sofa every evening and don’t exercise, our muscle function diminishes. The same is true of our brain function.

Improve your memory by sleeping on it. When you’re sleep-deprived, the brain can’t operate at full capacity. Creativity, problem-solving abilities and critical thinking skills are compromised. Whether you’re studying, working or trying to juggle life’s many demands, sleep deprivation is a recipe for disaster. Research has shown that sleep is necessary for memory consolidation, with the key memory-enhancing activity occurring during the deepest stages of sleep

Eat a brain-boosting diet. Just as the body needs fuel, so does the brain. You probably already know that a diet based on fruits, vegetables, whole grains and healthy fats will provide lots of health benefits, and such a diet can also improve memory. But, for brain health, it’s not just what you eat, it’s also what you don’t eat. The following nutritional tips will help boost your brainpower and reduce your risk of dementia:

• Omega-3s. There is increasing evidence to indicate that omega-3 fatty acids are beneficial for brain health. Fish is a particularly rich source of omega-3, especially cold water fatty fish such as salmon, tuna, halibut, trout, mackerel, sardines and herring. In addition to boosting brainpower, eating fish may also lower your risk of developing Alzheimer’s disease. Other non-fish sources of omega-3s include walnuts, ground flaxseed, flaxseed oil, pumpkin seeds and soybeans. 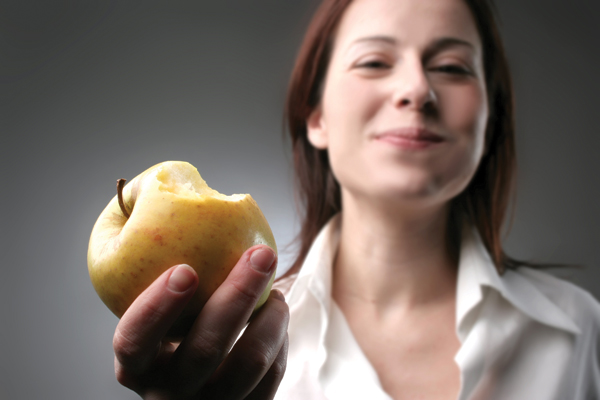 • Limit calories and saturated fat. Research shows that diets high in saturated fat increase your risk of developing certain types of dementia and impair concentration and memory. Talk to your doctor or dietician about developing a healthy eating plan if this is something that you are concerned about.

• Eat more fruit and vegetables. These are packed with antioxidants, which protect your brain cells from damage. Colourful fruits and vegetables are particularly good antioxidant superfood sources. Try leafy green vegetables such as spinach, broccoli, romaine lettuce, Swiss chard and arugula, and fruit such as apricots, mangoes, cantaloupe and watermelon.

• Drink wine in moderation. Keeping your alcohol consumption in check is key, since alcohol kills brain cells. But, in moderation, some research has shown that alcohol may actually improve memory and cognition. Red wine appears to be the best option, as it is rich in resveratrol, a flavonoid that boosts blood flow in the brain and might reduce the risk of Alzheimer’s disease. Other resveratrol-packed options include grape juice, cranberry juice, fresh grapes and berries, and peanuts.Keep socially active. Humans are highly social animals. We’re not meant to survive, let alone thrive, in isolation. Relationships stimulate our brains. In fact, interacting with others may be the best kind of brain exercise. Research shows that having meaningful relationships and a strong support system are vital not only to emotional health, but also to brain health. In one recent study from the Harvard School of Public Health, for example, researchers found that people with the most active social lives had the slowest rate of memory decline. There are many ways to start taking advantage of the brain- and memory-boosting benefits of socialising. Join a club, make it a point to see friends more often, or reach out over the phone. And if a human isn’t handy, don’t overlook the value of a pet – especially the highly social dog.

Challenge yourself. If you were planning to run a marathon next summer, would you train your body to increase its performance and improve your chances for success? Of course you would! You would focus your training to target the muscles and organs necessary for successfully completing a 26-mile run. Well, your brain is no different from the rest of your body. If you require increased performance and reliability from your brain, you have to continually use it and train it in ways that you don’t normally use it. Try things like brushing your teeth or writing with your non-dominant hand. Learn a foreign language or a musical instrument. Read about or study a new area of interest that you have little knowledge of. All of these things will require your brain to create new neural pathways, which will improve memory power and overall brain performance.

Dr Natalie Hutchins offers advice on helping your tween daughter to navigate the start of her period. Puberty can be a tumultuous time for any...
Read more
Health

Summer in Hong Kong can be beautiful, however the sheer number of mosquito and midge bites can often be unbearable! Whether you prefer to...
Read more