Trying to Conceive? Tips for Getting Pregnant

Ben and Jane (not their real names) had been trying to conceive a baby for three years without success, but a consultation with Hulda Thorey, midwife and founder of Annerley Maternity and Early Childhood Professionals, soon put things right. Hulda confirmed that a previous visit to a fertility expert had uncovered no physical abnormalities that would have prevented conception, and they were both young. Hulda simply advised the couple to relax, take some time off and for Jane to track her basal temperature for ovulation. Six weeks after their consultation, Ben and Jane were delighted to discover they were expecting. 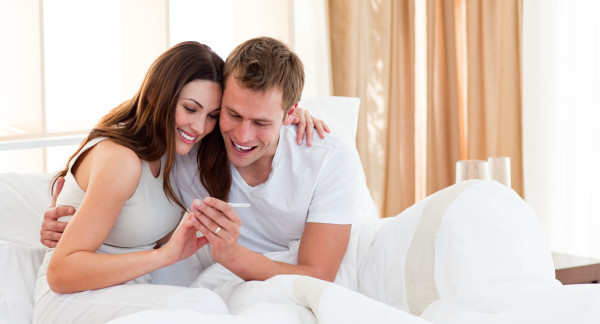 Hulda suggests that a couple should not put too much pressure on themselves to conceive and just enjoy the process. Stress hormones may interfere with the production of certain hormones needed to produce sperm in men. In the same way, stress can affect certain hormones required to release eggs in women.

In general, fertile couples will have a good chance of conceiving within a year:

“While I sometimes do see couples who are infertile and do need to visit an expert, too many people are too impatient and rush off to see a fertility expert, sometimes taking treatment when there is no need,” says Hulda.

Dr Christopher Haines, professor of obstetrics and gynaecology at Chinese University of Hong Kong, suggests that a couple should seek the help of a fertility expert “if a couple has had regular unprotected intercourse for 12 months and not achieved pregnancy.”

“Couples should understand which time in the cycle is best to try to achieve a pregnancy and not to wait too late before starting their families,” Christopher adds. Research indicates a third of infertility cases are caused by the couple’s age, as couples are choosing to delay marriage and families until later in life.

Learn more: How Common is Male Infertility, and What Are its Causes?

Couples in Hong Kong are getting married later in life than before. According to the Census and Statistics Department, the median age of marriage for men has increased from 27.8 in 1971 to 31.2 in 2006, while the median age for women has increased from 22.9 to 28.2 during the same period. While this trend is expected in advanced economies, it does pose some issues when it comes to fertility.

With the average woman in Hong Kong giving birth at the age of 31, issues surrounding infertility become more prominent. The female fertility rate begins to decline from the age of 30 and drops sharply after 35 for both women and men.

Couples who are over the age of 35 and have low fertility can expect to take longer to conceive or not be able to conceive at all. “Our biggest problem now is that women are presenting later in life to start their families and often their ovaries have lost some of their reserve by this time and this reduces their pregnancy chances,” says Christopher.

Betting against the odds

While most women can still conceive and give birth naturally after the age of 35, the proportion of women who experience infertility, miscarriages, or problems with their baby – including the likelihood of Down’s syndrome and genetic abnormalities – increases with age. By the age of 40, only two in five women are likely to get pregnant and carry a healthy baby to term.

For men, experts say that age also takes its toll on sperm quality – including volume, motility and structure – with the decline starting at around 30 years and the rate of decline increasing sharply at 45. As such, the chances of birth defects and fertility problems increase as the quality of sperm declines. Men who wait until they are 40 to have a family face a greater chance of their partner having a miscarriage, regardless of her age. When researchers examined over 12,000 patient records of couples treated at a fertility clinic in Paris, they found that women who had partners over the age of 35 had more miscarriages than those with younger male partners. Pregnancy rates also declined for women with partners over the age of 40.

Besides actually making sure that you are having regular unprotected sex, Hulda suggests that there are ways to increase your chances of conception.

Tips for getting pregnant

Most women have probably received a tip or two from well-meaning friends or family on how to get pregnant. Unfortunately, not every piece of advice is useful. Here are five of our favourite fertility myths:

For most people who are below the age of 35, nature will prevail if you allow it. That is, persuade your partner to put aside his tight pants, relax and enjoy regular sex. Even if that doesn’t work, all is not lost as there are still medical solutions for the small percentage of people where medical intervention is required. The bad news is that time is against us and medicine doesn’t yet have the cure for that.