We decided to enroll our nearly five-year-old son in piano lessons because he was intrigued by the grand pianos he saw on display at our local music store. He stood there banging at the keys, telling us in no uncertain terms that he wanted to learn how to play. His sense of urgency and seemingly genuine interest led us to believe he was ready for a musical instrument. We researched a few studios, enrolled him with a private tutor and sat back to watch our budding pianist bloom. 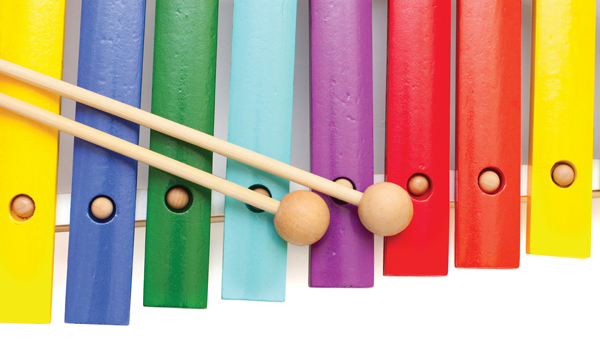 After the first few lessons, his interest began to wane, manifested by a daily struggle to get him to practice the pieces before the next week’s lesson. A few months later, he had lost interest altogether. Deciding to end his piano lessons was a relief for him, but I struggled to understand what had gone wrong. Did this mean he would never learn an instrument again? And had my approach been short-sighted?

Research has undisputedly demonstrated that musical education is an essential part of early childhood development. And parents are embracing the core idea that music education is basic education. In Hong Kong, it’s easy to label parents who sign up babies as young as six months for music classes as tiger mums who do so only to further their child’s school application portfolio. But the fact remains that, apart from all the associated benefits that come from early music exposure, seeing your child appreciating music and understanding rhythm is a gratifying goal in itself.

Long-term, experienced Hong Kong-based early childhood music educators offer these points to bear in mind when considering an instrument for your child.

For children and adults alike, having a foundation in music makes the process of learning an instrument far more enjoyable. It’s never too early to start on the road to music education. From the time a newborn hears a mother’s lullaby, the child is building a framework by which he relates to music. Much like how a child learns his native language, he teaches himself music by being surrounded by a musical environment. But unlike language, how music is consumed has changed in the last few decades. Passive listening doesn’t support musical development as effectively as the active learning that comes from playing with basic instruments and making sounds.

A key player in this musical foundation is the parent. Young children are more likely to enjoy the process of learning if they see it as an interaction between themselves and their parent or caregiver.

Tricia Buser, founder of My Musical Studio, says, “Exposing children to different music variations sets a foundation for children to love music.” Early childhood music programmes such as Kindermusik, Music Together and Musikgarten have created developmentally appropriate approaches (through materials, songs and techniques) that support “audiation”– which is considered the basis of deciphering the language of music. Audiation is to sound as imagination is to images. Tricia says that kids start with shakers, but between the ages of three and five years they can start to tell the difference between pitches.

Choosing the right instrument (and teacher)

Giving a child a new instrument can be akin to giving him a new toy. To an untrained eye (or ear, like mine), it’s difficult to differentiate your child’s genuine interest from novelty. A teacher who has observed your child’s early music aptitude or talent will be able to suggest an instrument suited to your child’s personality and physical readiness. Studios such as Tutti Music hold instrument workshops where children have a chance to play with more than 20 different orchestral instruments. A teacher assesses a good match based on which instruments the child gravitates to, sustained interest, as well as listening and cognitive development. There will be trial and error, but this process is necessary for a child to discover if he enjoys the sound the instrument makes. Ada Niermeier, who holds a master’s degree in music education and founded Tutti Music, says, “A situation where your child lost interest in an instrument can be salvaged. Try another instrument and his interest in music could be rekindled.”

Often overlooked is the role of the teacher, especially in the formative years. Tricia says, “An award-winning concert violist may not always make the best teacher. A good teacher is just as passionate about teaching as she is about playing.” Make sure to check if the teacher has been trained in early music education but, most importantly, scout out a teacher who understands your child’s learning style.

Savannah Lee, who teaches voice at Baron School of Music, says she first started on the piano when she was three, but it was not until she was 13 that she met a teacher who propelled her interest and learning. Although Savannah started on the piano, she auditioned and sang with the respected San Francisco Girls Chorus for eight years. She advises parents not to be disappointed if a child shows no interest in an instrument and to consider choral and voice training among their musical options. 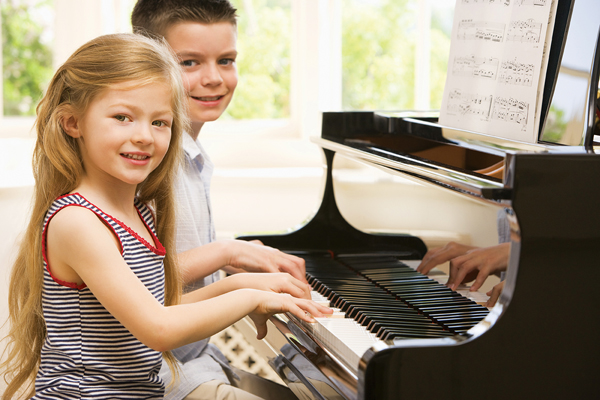 Find a music programme that is child-centered and encourages their creativity. Every child matures differently and starting on an instrument too early can make for a negative experience. Also be aware that their attention span may top off at 45 minutes, so persistent nagging to practice may only backfire.

Ada says, “Every child is born with music aptitude and an innate ability to enjoy music, and our job as parents is to nurture it. Early childhood music educators and parents should follow a child’s lead. If we observe carefully and offer them the space and time to grow, and start them on instruments at the proper time, children often can surpass others who started on an instrument too early and are forced to learn by rote.”