Reading Time: 3 minutesNot only do vaccination schedule recommendations differ between countries, in Hong Kong some vaccines are not covered by the government programme and are only available in the private sector. So, are these vaccines necessary? Let’s start with a simple chart for the Hong Kong Immunisation Programme.

One month
Hepatitis B – Second dose

One and a half years
DTaP-IPV – Booster dose

At a private clinic, there is the option of a 5-in-1 vaccine for a two-month old. How is this different from the vaccine offered by the government?

The 5-in-1 vaccine combines the DTaP-IPV with an extra vaccine for Haemophalius influenza B (Hib). This bacterium commonly causes ear infection and respiratory tract infection, and, rarely, it can also spread in the bloodstream, leading to septicaemia, or up to the brain causing meningitis. If you opt out of this 5-in-1, you can always get the Hib alone as a single vaccine. However, it also requires three primary doses in the first year and a booster dose in the second year, so if you don’t get the 5-in-1, you’ll need to prepare yourself for four more jabs on your baby.

At two to six months, there is an option to get an oral vaccine for the Rotavirus in the private sector, do you recommend it?

Rotavirus can give your children severe diarrhea, vomiting, fever and abdominal pain which can last from three to eight days. Although the disease is usually self-limiting, during the one to two weeks of acute infection, both baby and parents suffer a lot. And even though the vaccine does not provide 100 per cent protection, vaccinated children usually experience much less severe symptoms than unvaccinated children. As a mother of three young children myself, I do think the vaccine is easy and safe, that’s why I would recommend it.

When should we get the meningococcal vaccine?

There are different brands of meningococcal vaccines, which cover different serotypes of the bacterial organism Neisseria Meningiditis, which is notorious for its rapid and severe progress in causing septicaemia and meningitis. There are two types of meningococcal vaccines – the first is meningococcal ACWY. For children below one year old, two doses will be required; the first dose can be given after 2 months old, then a second dose three months later. For those older than one year old, a single dose is given. The other is MenB vaccine, which is usually given at two-, four- and after 12 months of age. For kids above two years old, only two doses will be required. 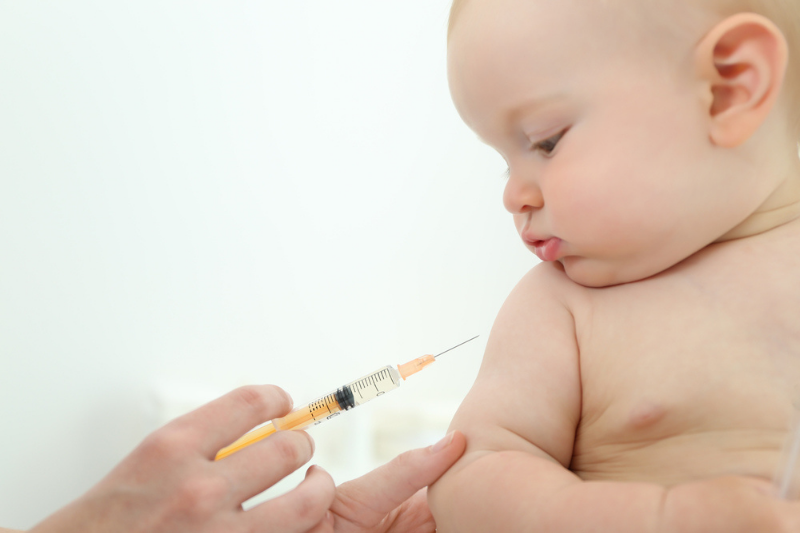 At 12 months, there’s an option for Hepatitis A Vaccine, which is not covered in the public system, do I need it?

Hepatitis A is a virus that can cause viral hepatitis through the oral-fecal route, leaving patients with lethargy, poor appetite, weight loss and jaundice. Although most of the patients recover in due course, a small number of patients may end up developing acute liver failure. Since the infection has no definitive treatment and only supportive care can be given, vaccination is a good way to prevent it. Living in Hong Kong, I feel there are many opportunities to eat out and travel to different areas in Asia, so I do recommend this. The vaccination requires two doses, six months apart.

The Japanese Encephalitis vaccine seems to be a government sponsored vaccine in many countries except Hong Kong. Why is that?

Japanese Encephalitis vaccine is one of the essential vaccines in China, Japan, Korea, Vietnam and Thailand. I think the major reason being that the disease is mosquito-borne, and is commonly found in the rural and agricultural region of Asia and Western Pacific Region. In Hong Kong, it is not included in the government programme, probably because the number of cases is not that high, but it is actually recommended by the Centre for Health Protection (CHP) to frequent travellers, especially those going to the endemic areas. Another reason to consider this vaccination is that the disease caused is a viral encephalitis, which has no specific treatment to-date, yet the fatality rate can be up to 30 per cent. For those who survive, there is also a 20–30 per cent chance of suffering from permanent brain damage.

Dr Rowena Chua is a specialist in Paediatrics with Central Health. She had more than 10 years experience working with neo-natal and paediatric units in government units before switching to private practice.

The Best Antenatal and Postnatal Classes in Hong Kong

Having a baby or planning for one soon? If so, you might be after some antenatal and postnatal classes in Hong Kong. There are...
Read more
Health

As they say, "prevention is better than cure" and we couldn't agree more! Having regular health check-ups (or screenings) is important for disease prevention and...
Read more