Has recent vaccine scandal in China made you wary of immunisation? Are the vaccines we receive in Hong Kong safe? Dr Sarah Borwein sheds some light (#vaccinescandal, #china) . 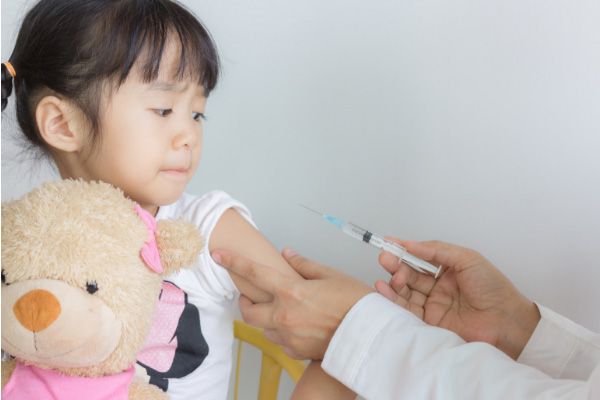 Recently China has experienced a series of public health scandals involving vaccines. Chinese vaccine maker Changsheng Biotechnology was found to have fabricated production and inspection records and changed process parameters and equipment during its production of the human rabies vaccines. The same company was also responsible for the substandard production of diphtheria, pertussis, and tetanus (DPT) vaccines, which were administered to over 200,000 Chinese Children. The investigation also uncovered that another Chinese pharmaceutical company, Wuhan Institute of Biological Products, had produced and sold over 400,000 substandard DPT vaccines. The Chinese government has taken swift action to investigate all vaccine makers.

Understandably, though, such action may not provide much comfort to an increasingly disenchanted public, and distrust towards vaccines is likely to continue.

It is important, however, to remember that all of the vaccine production problems that have arisen over the past decade have originated from countries that do not provide vaccines globally and hence are not subject to international standards of control. In developing nations using internal vaccine providers, it is difficult for us to ascertain the quality and standard of the manufacturers. In these countries, the issue does not just pertain to vaccines, but also to other drugs, food and even water or soil quality.

World-wide vaccine providers are tightly controlled and subject to extremely high government and internal regulation. Global preferred providers have consistently provided safe and effective vaccines. And thanks to their widespread use, many of the diseases that terrified our grandparents- smallpox, polio, tetanus and measles, to name a few – are now either eradicated or so rare that many doctors have never seen a case. Many people now don’t even know what diphtheria is (and even fewer can spell it!)

Today’s immunisations work by enhancing the body’s own immunity, much like virus-protection software on computers. Because they are effective, safe, natural and prevention-based interventions, I am sometimes surprised at the people who reject them. But then again, anyone with access to the Internet or TV talk shows will have heard the frightening anecdotes that suggest that immunisations cause everything from autism to multiple sclerosis.

This is not to say that vaccines are without risks. Nothing is risk-free. The important question is “Do the risks of immunisation outweigh the benefits?” For the commonly recommended vaccines, the equation is clear – they can be credited with saving more lives and preventing more illnesses than any other medical intervention. The risks from these vaccines are so minor (a sore arm or fever), so rare (brain damage), so speculative (autoimmune disease), or so dubious (thimerosal poisoning), that they are far outweighed by the benefits. Extensive studies have established that there is no identifiable link between vaccines and autism, diabetes, multiple sclerosis or sudden infant death syndrome. Every time one of these rumours circulates, immunisation rates fall and more people get sick and die as a result.

So what types of quality control are in place for global vaccine providers? The process of vaccine production is governed by the principals of Good Manufacturing Practice (GMP), and overseen by regulatory agencies including the US Food and Drug Administration (FDA) and other federal agencies around the world, under World Health Organization (WHO) guidance. Every batch of vaccines must be tested for quality and safety, and have their potency, purity and sterility checked. The results of these tests combined with inspections of the production facilities enable us to place trust in the products we use.

In Hong Kong, all vaccines in routine use are imported from foreign manufacturers meeting tight GMP and quality control standards. Hong Kong has never had a vaccine scandal; but we do risk problems meeting the demands of mainland parents flooding to the city seeking safer immunisations for their children.

The Chinese national immunisation programme has helped China achieve positive health outcome in the past 20 years. Authorities from China are now under immense pressure to tighten control and enforce regulations that meet world standards. We certainly hope they will be able to restore and sustain their vaccine programme and continue to protect millions of children from preventable diseases.

BIO – Dr Sarah Borwein is a Canadian trained General Practitioner. She has a Masters degree in Infectious Diseases and has a special interest in tropical medicine and travel health. She can be seen at Central Health Medical Practice, where she is a managing partner of the groups three practises.