What if your child doesn’t want to go on school camp?

Malia Ryce opens up about having a child who refused to go on school camp. 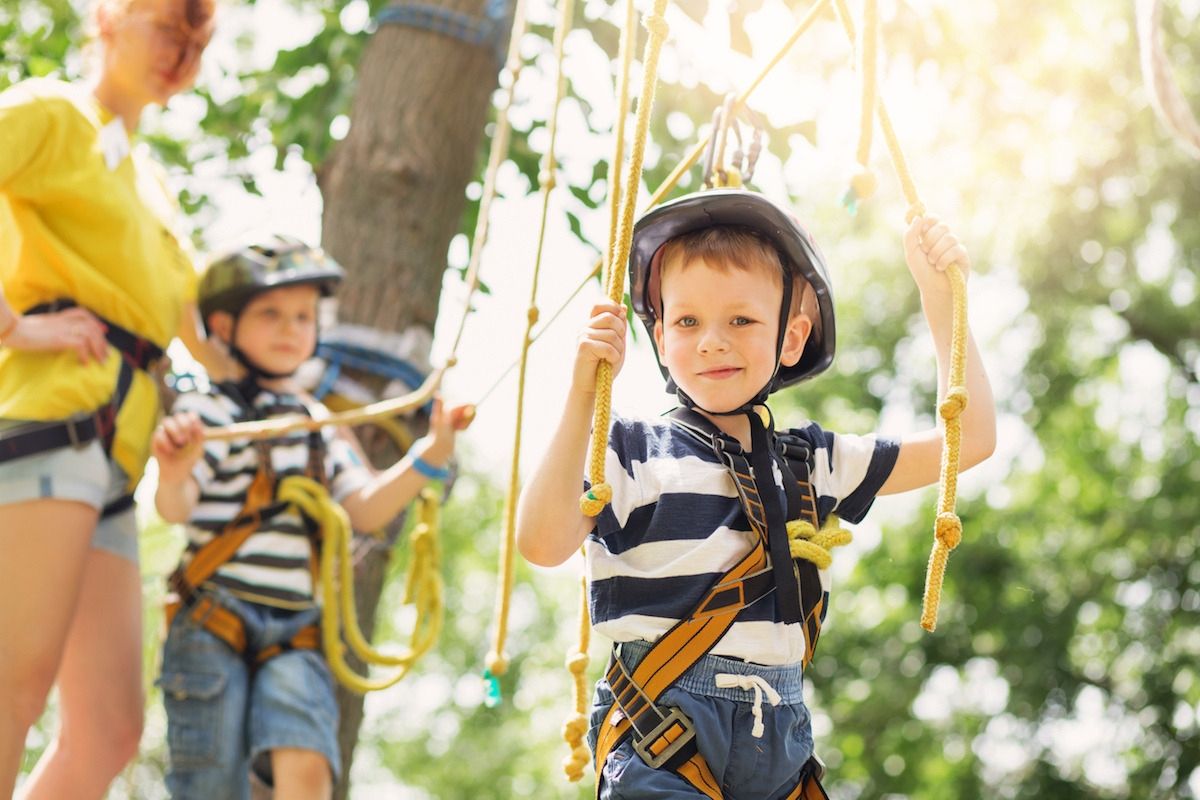 In the international school system in Hong Kong, many school camps start in year 4. On average, children are eight or nine years old when they have their first overnight school camp experience. It is meant to be an independence-invoking, confidence-building, personal growth-inducing adventure. The year 4 camp at our school by all measures sounded pretty good to me, but my son was extremely apprehensive about attending. Being away from his family for three days and two nights was not something he was looking forward to…at all. He wasn’t even looking forward to some of the activities highlighted in the camp information shared at school. As a parent, I was advised that the camp was a mandatory part of the curriculum and to do my best to encourage him, discuss any fears he might have and reassure him it would be just fine. With a fair amount of discussion over days and weeks, he bravely accepted the challenge, if somewhat tentatively, and went off to camp.

On the final day of camp, I was there at school to receive my little guy and thought I would see a big smile on his face after having conquered his fears and maybe even enjoying camp. Instead, I watched him as he got off the bus, slightly scowling. The first thing he did was lift his shirt to show me a nasty gash on his hip from a fall. He was close to tears when he told me he repeatedly asked to come home and was not allowed. He recounted finally falling asleep around 1am the first night of camp and how tired he was, such that the second night he slept at 9pm. I sympathised. But actually, I had never been to a school camp. Did I really understand?

My son told me on this very day that he would NOT be attending the year 5 camp the following year. I casually agreed but brushed off his comment because it was a whole year away. When you’re a child, a year is a long time and a lot can happen in terms of maturity and growth. I presumed he would change his mind by the time year 5 camp rolled around. Guess what? He didn’t. When year 5 started, he reminded me that he would not be going to camp this year. It was the middle of August after all and camp wasn’t until early November, so I thought there was still time for us to convince him to go. I did my job encouraging him, saying he would be with his friends and they would all have such fun together. We looked at the camp information online. We talked about with whom he would share a camp cabin. I did my best to explain that camp was mandatory. I even said he had to go and that all of his friends were going, some of whom also didn’t want to go. In the end, there was no changing his mind and because I had initially agreed, there was no changing mine either. I couldn’t go back on my word.

I had to ask myself, would missing camp change his life? Is my life any better or worse for not having been to a school camp at his age? The schools I attended in the United States didn’t do camps for kids this young. My husband didn’t go to camp at this age in Australia either. So we decided, after much agonising over it all, to let him skip camp.

By not forcing my child to do something totally against his will, I was not only staying true to my word but also offering him a deeper level of trust in me that will surely benefit both of us in the future.

We haven’t addressed year 6 camp yet, but my guess is that he will want to go. He’s older now and more confident than ever.

From a reluctant child’s perspective

Florence Clifford, now age 17, looks back at her year’s attending, and not attending, school camp.

Initially, I didn’t want to go to school camp — the idea of spending two or three nights away from home, in a completely unfamiliar place, at the age of eight didn’t exactly appeal to me. For a quiet, bookish child, the information packs full of kayaking, obstacle courses and dreaded ‘team-building’ exercises were equally unappealing. Plus, I could be quite contrary— and once I’d made up my mind that I wasn’t going to do something, being told it was mandatory only made me more determined not to give in and go.

My parents didn’t really push it: I’d never been away from home before and I don’t think they were too keen on the idea themselves, especially because one of the big things about all these camps was that there was no student-parent communication. Maybe it was supposed to build confidence, or independence, but I think throwing a bunch of eight-year-olds into a brand new environment and expecting them not to want reassurance from mum and dad, was a bit optimistic.

Other kids weren’t so lucky, but my parents were never the type to force me to do things I didn’t want to do, so I happily skipped Year 4 camp, and didn’t feel any FOMO (fear of missing out) when the rest of my year group came back. I didn’t get to skip school, but hearing about rock climbing and tightrope walking made me feel thoroughly vindicated for staying behind, and so I dodged Year 5 camp as well. My parents might have been a bit bemused as to why—I was sociable and had close friends who were all going — but they didn’t object.

Year 6 was a different story: I felt a bit more confident, and (although I never admitted it to my parents) I wanted to get away from home for a bit, too. Unfortunately, my experience proved my earlier theories. Faced with the prospect of having to eat Spam—yes, really—I essentially went on hunger strike for a week; and our mattresses may as well have been rocks for all the sleep I got. The activities, as I’d predicted, weren’t exactly up my street—I was risk-averse, and jumping off (what felt like) a ten-metre-high jetty into the sea and roaming through the Sai Kung wilderness in the middle of the night were two things I would have preferred to avoid.

We were told that all this would ‘push us out of our comfort zone.’ I didn’t want to be pushed anywhere, except on a bus back to civilisation.

Did it make me more independent, or more confident? Well, I did tentatively try to argue with one of our instructors, so maybe it was character-building in a way. But generally, it just made me grateful I’d avoided camp the previous two times.

In spite of all that, by the time secondary school rolled around I was full of youthful enthusiasm for Year 7 camp. For one thing, it was—in classic international school fashion —in Borneo. Even waking up one morning with a moth dozing on my face was an improvement over the stench of Spam, and what can I say? That certainly took me out of my comfort zone!

This may all sound like a horror story, but it’s one with a silver lining. I went to camp every year after, and each year they got better and better. Each time was a dynamic new experience. I’d never been snorkelling before Year 10 camp in a beautiful island off Malaysia, let alone been a hairs’ breadth away from green turtles and black tip sharks. Blasting down deserted roads in a rickety tuk-tuk in Thailand in Year 8 was breathtaking (quite literally). So hang in there— it’s not quite the boot camp you imagine it to be!

All schools seem to have different thoughts on school camps, with some starting as early as Year 3 and others as comparatively late as Year 7. For most primary schools, residential camps are only within Hong Kong, with popular spots including Lantau, Cheung Chau and Outward Bound in Sai Kung. Others take a bigger step across the pond for a cross-cultural trip to Beijing.

There really is no one-size-fits-all approach; some children aren’t quite ready for it at that age, others are confident, independent and raring to go. Often the parents are more nervous than the kids.

What helps make it easier to pack them off to camp is the ethos of the school itself, some parents say. One mother with children at an international school explained that her school’s “very nurturing environment…comes out at camp too.”