When Children Speak More Than One Language

As the world becomes increasingly globalised, today’s children will no doubt have an advantage in their futures if they are able to converse in more than one language in their social and professional lives. It is very likely that they will travel, live and work abroad in their lifetimes. Multilingual children will find it easier to understand other cultures and relate to people in a much deeper, more sensitive and efficient way than if they rely on translators.

In the world of work, we also know that multilingual professionals are thought to earn an average of $3,000 USD) more per year than monolinguals – quite a reason to encourage your child to learn more than one language! 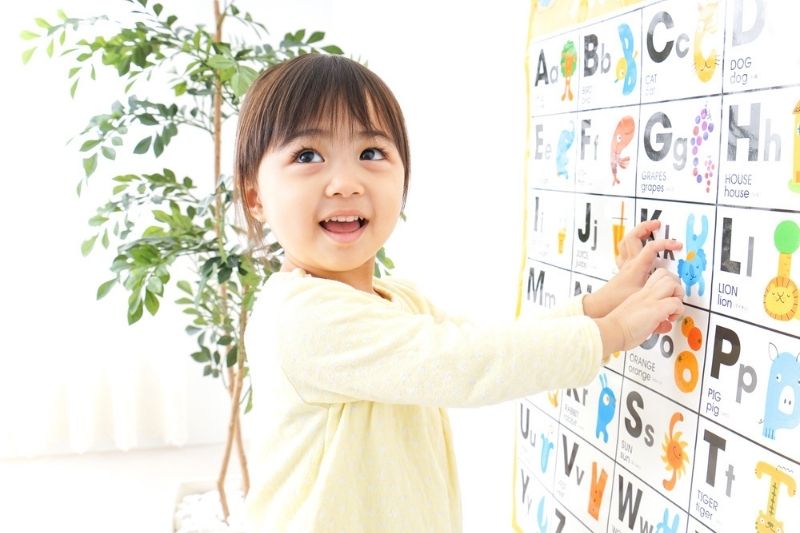 In Hong Kong, many families are trilingual in Mandarin, Cantonese, and English. In our society, with its expat community, mixed families and various international schools, children are given the opportunity to acquire various languages from an early age.

But although many parents dream of their children being able to speak multiple languages, when it comes to practice, too many of them still have some misconceptions which discourage them from having a clear family language plan to make this possible. Some fear that learning multiple languages will interfere with children’s learning and intellectual development, but this is a myth. The commitment and the time it takes to learn multiple languages is worth every effort as research shows that multilingual children have a wealth of advantages over monolingual children.

Cognitive advantages to learning more than one language

Studies show that speaking more than one language has many cognitive benefits, and could even prevent dementia in old age. The multilingual brain has a better ‘executive function’, a command system involving the attention processes used for planning and solving problems. Bilingual and multilingual children find it easier to ignore distractions, stay focused and hold information. Because multilingual children regularly have to monitor their environment by switching languages, they regularly practice the ‘executive function’ in their brain.

Of course, the cognitive advantages of multilingualism can only exist when supported by other social factors, such as education, socioeconomic status and the linguistic experiences we give our children. However, the problem solving strategies, a deeper awareness of language and a greater cognitive flexibility make multilingualism an undeniable advantage in all areas of academic life.

Multilingual children also have a deeper or more intuitive awareness of language. In a research paper in 1981, the author (Cummins) explained, “Foreign language learning enhances children’s understanding of how language itself works and their ability to manipulate language in the service of thinking and problem solving”. Parents are often amazed that learning another language will help their children to improve in proficiency with their native language. In the long term, multilingual children develop a greater vocabulary, have a better ear for listening to other languages and develop sharper memories. They use strategies they might not even be aware of to learn additional languages, and it is easier and faster for them to pick up new languages.

In our family, our children already spoke English, French and Indonesian when we moved to Mexico. They attended a local bilingual school and within two months they were capable of following the programme in Spanish. A year later, we moved to Nicaragua where we spend most of the year, and recently I overheard our new neighbour asking my children if they were from Costa Rica! No need to say that, as a mum, I feel so proud of them. 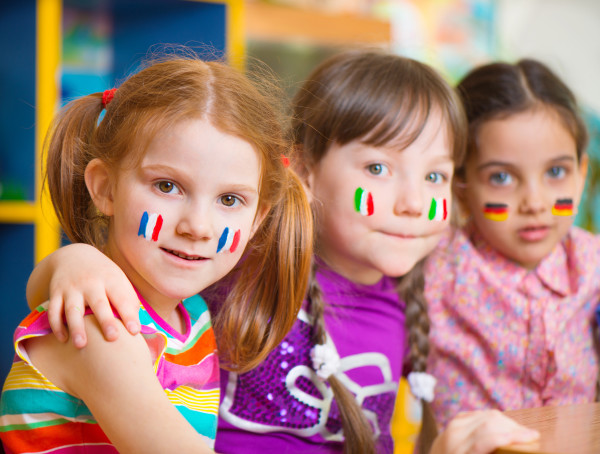 Knowing more than one language helps children feel at ease in different environments, in the company of a variety of people. Multilingualism gives a natural flexibility and adaptability.

According to researcher Vivian Cook in a 2001 paper, “A person who speaks multiple languages has a stereoscopic vision of the world from two or more perspectives, enabling them to be more flexible in their thinking and to learn reading more easily. Multilingual people, therefore, are not restricted to a single world view, but also have a better understanding that other outlooks are possible. Indeed, this has always been seen as one of the main educational advantages of language teaching.”

If the language you share with your children is different from the language of the community you live in, you probably feel emotionally closer when speaking your native language to them. It has been found too that multilingual people convey emotions better and tend to have a stronger sense of self-worth and self-understanding. Through language our children gain a sense of identity, leading to more self-confidence and self-reliance.

How priceless is it to have children naturally capable of appreciating other cultures and accepting cultural differences? Multilinguals are required to be insiders and outsiders in two or more cultures, and they have an amazing ability to switch from one language to another and jump from one culture to another. They tend to understand, appreciate and be more tolerant with people of other countries. They can reflect, compare, contrast and understand cultural concepts, even if they are not always aware of it when they are young.

Children of immigrant backgrounds are more likely to show an interest in their heritage and culture if they are raised speaking the language. In our increasingly globalised world, it is vital that our children learn to deal comfortably with multicultural experiences.

Speaking various languages is a powerful skill that gives multilingual children a clear head start on many different levels. For a parent, raising a child with more than one language can be a time-consuming challenge, but it is an investment that both you and your children will never regret. Supporting this process is the best gift parents could give their children.

Laetitia Chanéac-Knight is a writer and the editor of the family guidebook Bali with Kids (www.baliwithkids.com). She has a masters in applied linguistics and was a language teacher for many years, and is now bringing up her two children using English, French, Spanish and Indonesian.

Things You Need to Know About the Metaverse

Over the past few decades, digital technology has evolved so much that we’re now living in a once unimaginable world filled with virtual and...
Read more