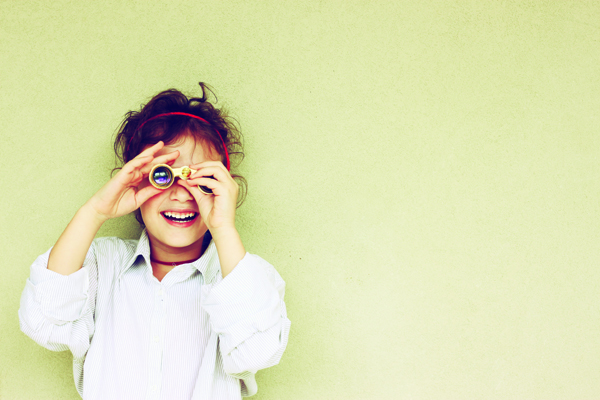 They’re watching us. All that time, we thought we were watching them. We were sure of it. Their whereabouts, their behaviour, their every move – nothing escaped our vigilant gaze. Turns out we couldn’t have got it more wrong! They are watching us! Every mannerism, every misstep, every emotion we try to conceal is marked down, noted and expertly copied. And there’s nothing we can do to stop them. Nothing! We’re being spied on in our own homes by those undercover agents more commonly known as our children.

I confess this is not something I realised at the beginning of my parenting journey. As a matter of fact, I was well into my second child before I had any clue it was happening. It was just a slow, steady realisation that the way my son and daughter spoke to each other was becoming eerily familiar. Up until that point, I had convinced myself that any surprising phrases that came out of their sweet little mouths were probably the work of Oscar the Grouch or that annoying fox from Dora the Explorer. You know, the one that makes you want to take up fox-hunting? Yeah, him. But they put paid to that delusion one day when we were out for one of our regular afternoon drives.

There I was, driving down a lovely country lane enjoying the views, doing a great job of pretending I actually liked the nursery rhymes we were singing along to again. And there they were, merrily joining in from the back seat when out of the blue, the car in front of me came to a sudden stop and I had to slam on the brakes. I had literally just finished congratulating myself on stopping the car sans swear words when a shout of, “Jesus!” came from the four-year-old, followed swiftly by, “Christ!” from the other. And there it was – illusion shattered. All those times I had been sure I was keeping all my grown-up phrases inside my head, I had very clearly been sharing them with my whole family. It was time for a rethink.

From where I stand now, the solution seems obvious and ended up becoming one of my main parenting methods. But it wasn’t so clear back then, especially with another baby still inside me wreaking havoc with my hormones. However, as life settled down, the answer to how I could deal with three sets of eyes watching me like a hawk slowly appeared. If they were watching me, then I had no choice but to watch me, too. Otherwise I’d only have myself to blame for all of the irritating behaviours they were picking up simply by copying me. I mean, I couldn’t get angry with them for thinking everything I did was definitely worth copying! All kids assume their parents know what they’re doing! I was simply going to have to up my game. Whether I liked it or not.

So I did. And instead of the whole experience being a huge pain in the ass – which was what I had anticipated – it turned out to be a huge turning point. Watching myself resulted in my changing the bits of me that weren’t making me happy. And changing those bits resulted in my happiness increasing. And as my happiness increased, my stress levels started moving from their usual place at the top of the scale to the lower end. Permanently.

And, of course, all of the above meant my kids’ surveillance began returning less chaotic results, which meant a less chaotic household. Who’d have thought that spying on yourself spying on your kids spying on you could have such unexpected results? Home-grown espionage – it’s the new top-secret parenting weapon!

Orla Breeze
Orla was born in Dublin, one of several children in a large Irish family. Yes, it was chaotic at times, but there was always someone to play Monopoly with! At 23, she moved to the UK to live a glamorous life in media. (Well, if you call living in Manchester glamorous.) Three years later, she was transferred to Hong Kong, where the glamour really began. (Well, if you call living on Lamma glamorous.) Fast-forward three years and, after a brief stint back in Ireland, she triumphantly returned to Hong Kong, where she wasted no time getting engaged, married and pregnant. After deciding it was time for a career change, she launched an online parenting magazine whilst training in Emotional Freedom Techniques. Two more kids, a move to the UK, and yet another triumphant return to Hong Kong later, Orla now runs a variety of parenting workshops, which you can learn about at www.orlabreeze.com.