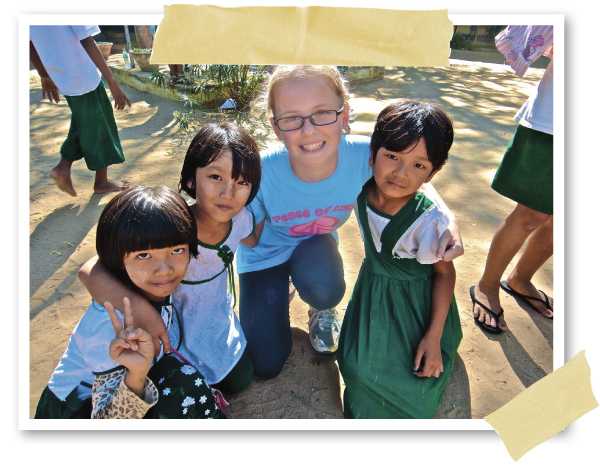 “You’ve gone a long way, baby!” could be the tagline for this feature. These days, Hong Kong’s secondary students are flying away to exotic destinations such as Bhutan, Tanzania and Myanmar, with educators emphasising doing, rather than just seeing. That makes sense for many reasons: with technology, seeing has becoming so much easier – too easy, maybe. The doing part is tougher, and it’s also become a part of many schools’ curricula, such as the Community Action Service (CAS) requirements of the International Baccalaureate system.

Last November, my 13-year-old daughter Emi went to Myanmar with a group of schoolmates from grades 9 to 12 at the Canadian International School of Hong Kong (CDNIS). Though she’d already spent a month at a UNESCO-affiliated international peace camp in Norway at the age of 11, this was her first overseas school trip. As part of the school’s CAS Week, CDNIS offered 23 different options. These options were presented to senior secondary students exhibition-style, complete with information booths, presenters and promotional leaflets. A detailed online catalogue was prepared for parents’ use as well. Students were asked to select three, and Emi chose “Engage Myanmar”, “Bhutan: Meditation in the Land of Happiness”, and “North West Bali: Impacting a Community”. 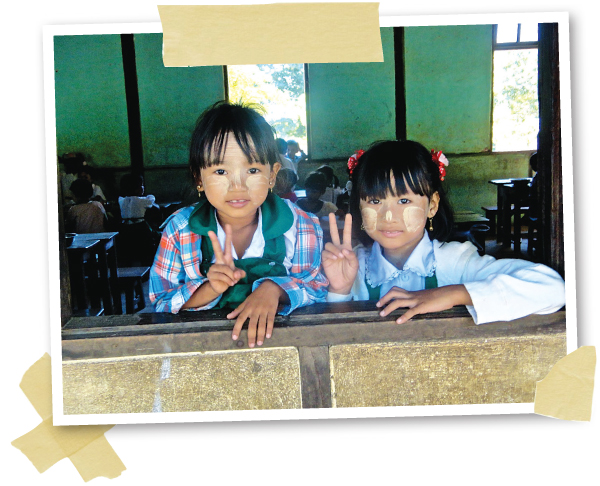 Ultimately, the school assigned her to the Myanmar brief, and I congratulated her for being part of an intrepid group, lucky to witness a so-called “developing nation” in the beginning stages of its economic take-off, and emergence from “pariah state”. While tourism in that country is nothing new – I visited Rangoon, Mandalay, and Bagan myself in 1995 – the country has only in recent years begun to ditch the political policies that forced its pariah status. Burmese opposition politician Aung San Suu Kyi had been freed from 15 years of house arrest, and the country’s bold political and economic reforms were paving the way for a nascent global economy. It all made me feel that my daughter was heading to a place suitable for a school group of teens to engage in a week of community service and grassroots interaction.

Some of the CDNIS options were closer to home, including seven different Hong Kong options, ranging from “Hong Kong: Oh the Drama!” to “Hong Kong: Tracking Sea Pollution and Kayaking” to cater to all interests and price points. Choices for school trips among ESF schools tend to cluster in Asia, Australia and New Zealand. Hong Kong International School (HKIS) organises “Interim”, a week-long off-campus learning experience that’s designed to be an integral part of the school’s high school curriculum. In addition to community service, cross-cultural and outdoor adventure experiences in places closer to Hong Kong, HKIS has also organised school trips further afield, to South Africa, Tanzania and Turkey.

These trips are not only an opportunity for students to continue their learning overseas, they’re also an exercise in fostering independence – a cutting of the apron strings, so to speak, if only for a week or so. Direct communication between parents and their children is discouraged; instead, parents are invited to contact the trip supervisors if need arises. The parents of those students participating in the CDNIS trip to Myanmar were treated to a nightly email from the trip’s senior supervisor which, in addition to assuring parents of students’ safety, delightfully described the people their children were meeting and the beauty of the surroundings.

This was CDNIS’s second visit to Myanmar – visiting the same places and working with the same school there – which might be one of the better models to follow: that of sustained engagement over time. To that end, there is also an active student service club – Engage Myanmar CDNIS – with the mission “To create a better education environment for students in Basis Education Primary School in Myanmar through fundraising and communicating with the school.” Prior to the students’ trip, the entire school was asked to participate in a coin drive, which raised enough money to repair the roof of the school they visited and build them two additional latrines. Local labourers led the work, with the CDNIS students assisting, which afforded them a rare opportunity to experience the giving process from start to finish. 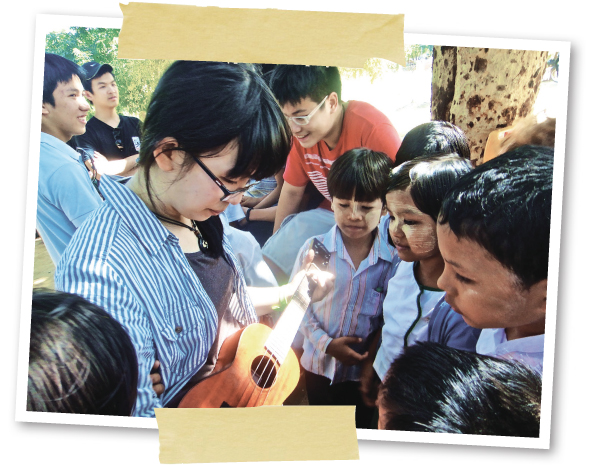 No place is too far, or too far-out, for some school administrators, it seems. Chinese International School is one of a handful of schools in Hong Kong that has offered school trips to North Korea. The politics involved in this particular destination makes it a contentious choice, and some of the schools that have in the past offered this trip no longer do so.

Perhaps one of the best arbiters as to whether Hong Kong schools should “engage North Korea” would be the students themselves. In 2011, Hong Kong student Jovita and 23 classmates from her college visited the so-called Hermit Kingdom. Now a second-year Geology student in the US, Jovita continues to reflect on her North Korea experience and views the trip as one of her most formative educational experiences. “My trip to North Korea has an impact on me even now. My personal visit to the DPRK made me realise that peace and security are different concepts, and that peace is not the absence of violence, but the absence of fear. I definitely think that high school students should explore early on the potential of education and knowledge as agencies of social change. It makes you wonder why you spend more than 50 per cent of your time on education within and outside of the classroom, and appreciate your education at a more profound level.” Jovita is currently applying for a Davis UWC Peace Fellowship in Non-proliferation Studies, and intends to specialise in studies relating to chemical and biological weapons non-proliferation and in East Asia non-proliferation.

It must be said that overseas schools visits are a luxury and a privilege. Costs can range from a couple of thousand dollars for local options, to upwards of $20,000 for the adventure tours to New Zealand or Africa. But it cannot be denied that a week or so of carefully planned experiences, chosen with integrity and sensitivity, designed and structured to maximise community service, interpersonal relationships, teamwork and honest reflection, and which are creatively and expertly managed before, during and after the event, are exactly the kind of thing that is needed now more than ever in schools. This is not just reading, writing and arithmetic; this is the global village.

Straight from the source

One of best ways to understand how these school community and service weeks provide real learning is to watch the videos of highlights and reflections created by the students themselves. Head to YouTube and search for “Engage Myanmar 2013 I made a difference” to see a video from the CDNIS students, who were invited to share what they were doing and how they think it is helping. Additional videos are also posted with highlights from the trip and an explanation about how collected donations were used.