Education and information are crucial factors in the management of infectious disease. The distinction between the disease and the epidemic is key. Updated 31 January 2020 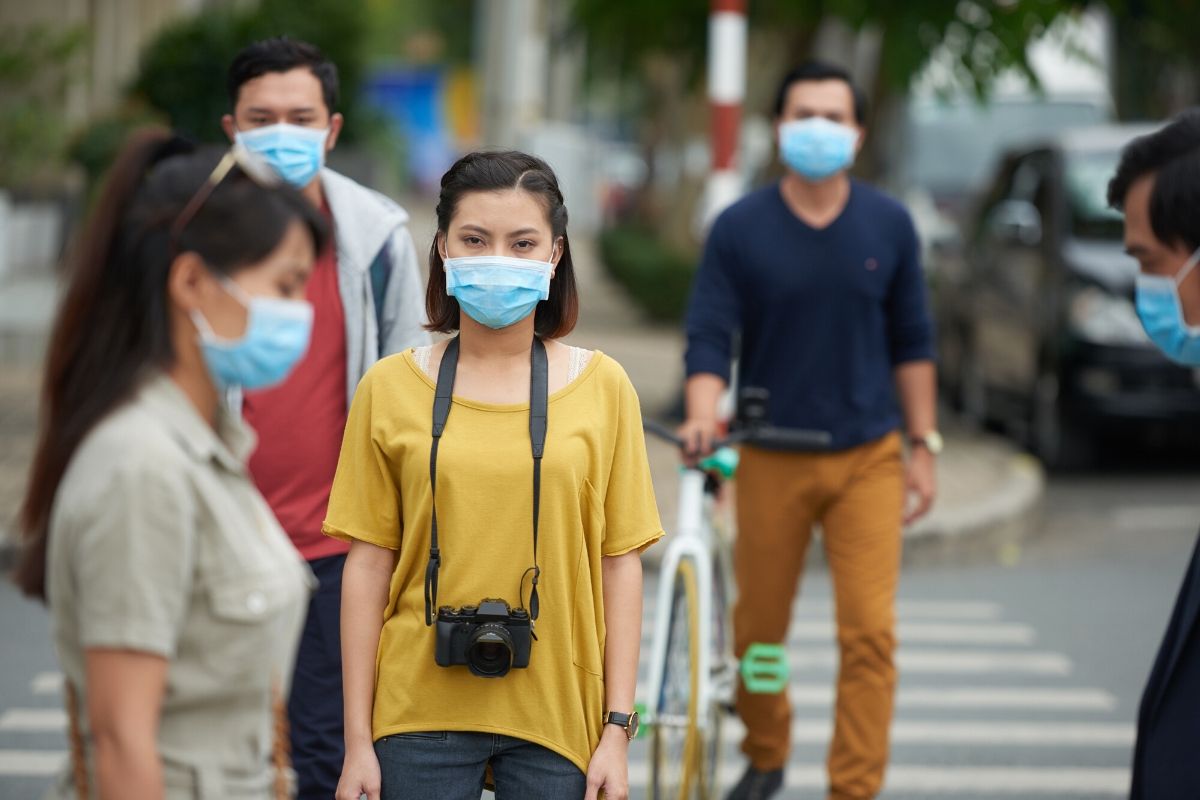 In infectious disease the uncertainties can broadly be divided into two completely different but related issues.

1. The Disease Process: This helps to address the question:

What will happen to me if I get sick?

2. The Epidemic Process: This deals with the questions:

How likely am I to get sick now?Will that change in the future?

What do we know about the disease?

This illness is causing pneumonia. This study published in the Lancet on January 30th, 2020 describes the clinical and epidemiological features of 99 patients from the early cohort in Wuhan.

The mortality remains relatively low. This data is inevitably crude. It does not allow for ill patients who are dying but equally we have no real handle on the true number of infections in the population. Mortality is by definition hard data so as the incidence of currently undetected and milder cases increases the true mortality rate is likely to fall.

For example the Hong Kong’s Centre for Health Protection (CHP) publishes regular updates on the epidemic. By 9 AM on 30 Jan 2020 there had been 7,813 confirmed cases and 170 deaths. This gives a crude mortality of 2.2%, but it is possible that some of the infected and seriously ill people will die over the next few weeks. This would increase this crude mortality rate. However, what happens if there was actually a large number of people in the community who had mild illness and were never diagnosed? Modelling by international experts currently put the likely outbreak at significantly higher than the 7,813 confirmed cases.

Paradoxically this would make the true mortality significantly lower. This is one dilemma of evolving epidemics. Mortality data early in an epidemic will invariably be unreliable and usually overstates the true mortality.

The WHO last estimate of the crude fatality rate (CFR, 29 January), an early estimate of Mortality was 2%. The CFR in China excluding Wuhan is 1%.

This disease continues to appear to be significantly less severe than SARS at a similar point in the epidemic.

We postulated that it is likely that some of the illness resulting from the Coronavirus will be due to an immunological reaction to the infection. The first published scientific literature in the Lancet reporting the first 41 patients in Wuhan supports this hypothesis. This raises several potential options for treatment. Again, as we understand more about the disease the mortality is likely to fall.

This article includes three academic papers in the Lancet providing excellent medical research from China. We will have a much better understanding of the demographics of the individuals affected and the natural evolution of the disease over the next few weeks.

What determines whether a virus spreads?

The main factors influencing the evolution of an epidemic of illness are:

The Mode of Spread: This illness is spread by droplets and close personal contact. This is important because illnesses which spread in this way can potentially be contained by public health measures such as:

We wish to stress our support for these appropriate health measures.

The Incubation Period: This refers to the time between an individual being infected and when they first develop symptoms. Early modelling suggests that the incubation may be up to 14 days. Influenza by comparison is typically two days. This means that if the illness is spreading widely we would expect the incidence to increase over a relatively short period of time though not as rapidly as influenza. This also means that we would expect to see more cases and develop more hard data over the next two weeks.

The Infectivity in the Incubation: We do not yet know for certain when this virus becomes infective. Whilst it is possible that some individuals may be infectious without significant symptoms, the current increase in incidence suggests a virus which is unlikely to be highly contagious before symptoms develop.

The Immunity of Individuals: This is influenced by many factors including age and the presence of other illness. An individual can also enhance factors which influence their immunity. This may include healthy diet, exercise, adequate rest, avoiding stress, maintaining a positive psychological outlook in addition to immunization against other infectious illnesses including influenza.

The way in which these factors subsequently impact the size of an epidemic is discussed here.

Many media stories confuse these two distinct concepts. They refer to the number of deaths (mortality) or the number of patients in intensive care and then conflate this with infectivity. The importance of this illness to our population will be determined by the evolution of the epidemic. This will become much clearer as we accumulate data from contacts of confirmed cases. SARS affected over 8,000 people with 744 deaths in 2003. Influenza kills between 250-500,000 people annually (WHO estimate). Taking an annual mortality at the lower end (250,000) and assuming for ease that this is equally distributed throughout the year and that China has roughly 20% of the World population then in a typical year we would expect approximately 137 deaths per day in China from Influenza. This would translate into approximately 4,000 deaths since the epidemic began compared to the 170 currently reported from Coronavirus.

This is not to reduce the importance of this new virus nor the appropriate public health responses but to place the current data in context. We are not suggesting that the new Coronavirus is the same as or even a type of influenza, it is not.  Accepting the limits of projections made early in an epidemic this illness currently seems to be more severe than seasonal influenza. The impact it will have on the population will be determined by the evolution of the epidemic.

All infectious illness has greatest impact on the young, the old, the poor and the immunocompromised. Hong Kong has a world class public health system and quite rightly public health measures have been introduced in order to protect the most vulnerable members of the community.

We will continue to update the article as data becomes available and information changes.

To learn more about the explanations behind the current public health measures, please click here.

Founded in 1994, OT&P now consists of five clinics around Hong Kong. All clinics have a team of highly respected general practitioners and primary healthcare specialists.

Advice on Introducing a Meat-Free Diet for Kids