Reading Time: 2 minutesYour narrator met an old friend while practising for a triathlon the other day. That is, he was practicing for a triathlon: I’d just taken a taxi to the shop for a second box of doughnuts. NOT that that means this writer is unhealthy, oh no. I once managed to separate two supermarket trolleys WITH MY BARE HANDS, and as everyone knows, staff weld those things into single units every night to torment shoppers. 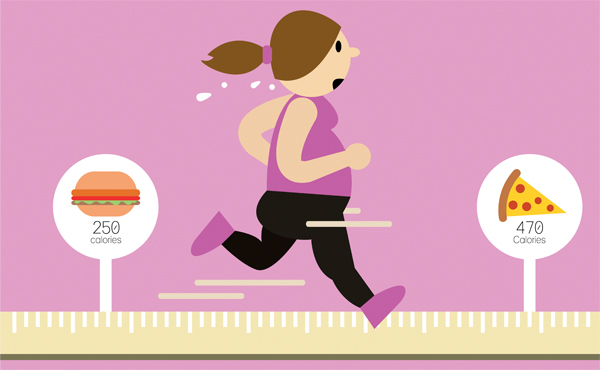 Exercise is surely bad for your health. Proof comes in the shape of a news report a reader forwarded to me about the New Delhi marathon. Organisers forgot to put signs at the point where runners had to turn round to head back. As a result, they just kept on going. Had a runner not become suspicious after an extra four kilometres, they would have kept going right through Nepal, into the Himalayas and up Mount Everest. “This hill’s a bit steep, Ayush.” “Don’t be a wimp, Ishaan.”

The same week, on the other side of the world, a fugitive being chased by police ran onto the route of the Chicago marathon and joined the runners. A puffing police officer followed.

The news report did not say how far the pair ran, but I hope it wasn’t the full 42 kilometres. The cop eventually leapt forwards and brought down the runner in front of him, fortunately getting the right man to avoid committing the heinous crime of Turning Life Into A Comedy Movie.

A similar incident in China last year also nearly had a movie-like ending. Police officers looked at a street surveillance video to identify a snatch thief sprinting away with a stolen iPhone – and noted his speed. Analysis by Jiangsu Public Security Bureau showed that the thief, a 25-year-old man surnamed Yang, ran 100 metres in 12 seconds. Clearly he could be guided to a new career as an Olympic sprinter. But no follow-up reports appeared, so he may have received normal Chinese security bureau justice, ie, being slapped around a bit and then thrown over a wall.

This columnist was recently given a watch that counts the calories you’ve burned so you can offset them against the snacks you’ve consumed. In a single exercise session, I burned 55 WHOLE CALORIES, nearly enough to compensate for half a chocolate bar I ate in 1983.

Tomorrow I plan to work on the other half, before moving on to the 40,000 other snacks I have eaten since then.

She was in a seriously bad mood so I recommended that she apply for the New Delhi marathon and run up the Himalayas. I did warn her: One of the hills may be a bit steep.