Reading Time: 5 minutesNo smoking, no caffeine, no drinking, no unpasteurised cheese. Take prenatal vitamins and folic acid supplements. Get plenty of rest and moderate exercise. Everything you do when you’re pregnant impacts the baby growing inside. Everyone’s heard the basic rules for pregnancy, some of which are debatable, but well-known nevertheless. We also know about the negative effects mums can face after delivery: recent celebrity admissions have highlighted postpartum depression and legitimised the symptoms that women have been suffering in relative silence until now. In the past 30 years, much indeed has been learnt regarding the pregnant woman and new mother’s physical and mental health.

But new research shows that there’s something else to be aware of too: the mother’s mental health can affect her baby’s development during, as well as after, pregnancy. 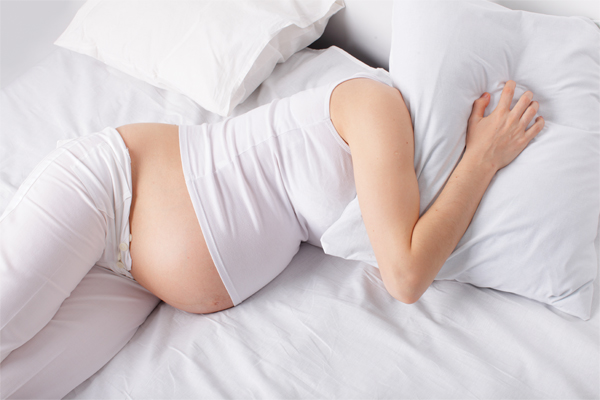 Most women have good mental health during and after pregnancy. However, among the ten to 15 per cent who don’t, depression and anxiety are the most common problems. Some may already be facing a mental illness, such as anxiety or depression, when they became pregnant. Some have suffered from mental illness in the past and will worry whether they’ll get sick again. And some will develop problems for the first time during or following pregnancy.
Anyone, pregnant or not, who becomes significantly anxious or depressed should seek help to lessen their distress. But a pregnant woman needs to consider the effect her mental state may be having not just on herself, but also on her baby.

Vivette Glover, professor of perinatal psychobiology at Imperial College London, has conducted pioneering research on how the emotional state of a mother can impact the developing foetus, baby and child. Her studies have revealed that unrecognised and untreated stress and anxiety during pregnancy can increase a child’s chances of developing conditions such as attention deficit hyperactivity disorder (ADHD), conduct disorder and cognitive impairment.

It’s hard to imagine that the mother’s mental state could have this big an impact. But, consider that between the 20th and final week of pregnancy the developing brain grows in size 17-fold (or, 1,700 per cent). In comparison, between birth and four years, the brain grows only fourfold more (or, just 400 per cent). The brain in the womb appears to be particularly sensitive to the natural chemicals and hormones swimming in the mother’s blood, which bathe the foetal brain via the placenta. Professor Glover calls this process, somewhat inelegantly, “foetal programming”.

Her work has also suggested that it isn’t just extreme stress or the sort of anxiety a person experiences when mentally unwell that has this possible negative effect. It may be that the effects of everyday hassles, and even marital discord, can have some impact.

The ties that bind

Today, most of us would easily accept that our actions as parents, including our everyday interactions with our children, have an effect on their development. But half a century ago it didn’t seem so obvious. Back in the 1950s, the late and eminent psychiatrist and psychoanalyst John Bowlby pioneered our understanding of what has come to be known as “infant attachment”. He was the first person to identify the infant’s need for a trusted attachment figure and to go on record saying the “way that parents actually treat their children and the sense that children make of these experiences … are of key importance in children’s development”.

In the 1980s, we learned more through a series of landmark studies of interactions between mothers and babies. Research revealed a “rhythmical pattern of looking and withdrawal” between both. Most intriguingly, it appeared that the baby controls this process by being able to look away, leading to what are called “disruptions” in the interaction. An “attuned” mother is able to engage with this and conduct a “dance” of alternating attunement – or tuning in – to “repair” the disruptions. Ultimately, if performed consistently, it leaves the baby with a strong sense of security that persists throughout childhood and beyond. Such a “securely attached” infant routinely seeks out comfort when it is distressed and feels calmed when comforted by the mother. On the other hand, an “insecurely attached” baby isn’t able to “use” its mother to manage its distress, and consequently may experience unhelpfully strong and confusing emotions.

It appears that a woman suffering from postnatal depression has difficulty engaging in this “dance” with her new baby. There is evidence that such babies experience extended periods of disruption rather than attunement. If this becomes chronic, there may be longer term emotional, behavioural and cognitive effects that extend into childhood. 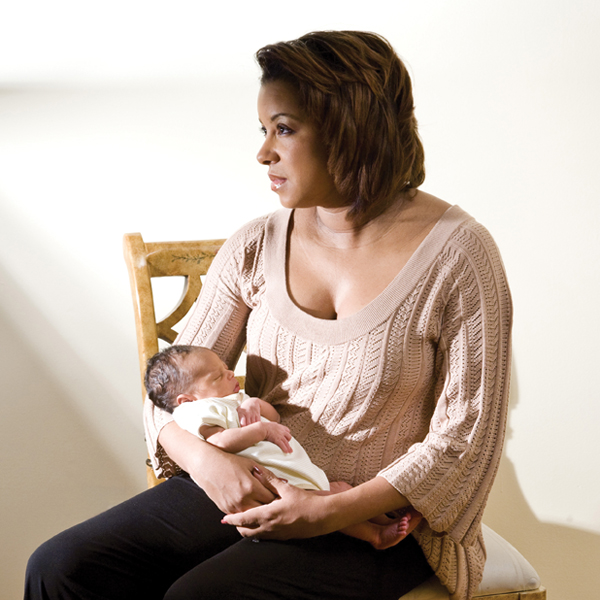 More recently, in the last ten years or so, researchers have used powerful, advanced techniques such as MRI scanning to uncover the very real connections between these mother-baby interactions and the baby’s development. It now appears that babies not only build their brains as a result of this early interaction, they also build their minds and construct a sense of themselves that lasts a lifetime.
Additionally, researchers in the Cambridge Longitudinal Study have been tracking the lives and development of children of both depressed and not depressed mothers for 22 years. The study has shown that having a mother who suffers from sustained postnatal depression increases the child’s chances of developing depression by the age of 16 approximately threefold. The clear implication of this and other research is that the quality of our emotional interactions with our mothers can have a real and substantial impact on how our brains develop and, at least in part, in determining who we become as adults.

In the face of our increasing awareness it’s important to retain a balanced and positive perspective. Remember: between 85 and 90 per cent of pregnant women don’t develop anxiety and depression. Of those who do, a number will pass through it in a few months, even without professional help. (However, intervention may shorten the duration, making it an appealing course of action.) Studies reveal that of the women who do develop postnatal depression and don’t get help, a significant number – about 25 per cent – are still depressed after a year.

“It now appears that babies not only build their brains as a result of this early interaction, they also build their minds and construct a sense of themselves that lasts a lifetime.”

Unfortunately, as of today there is no “screening tool” that accurately predicts whether or not a pregnant woman will develop depression. The emphasis is now being placed on “early intervention” or “secondary prevention” by the health professionals involved during the pregnancy and postnatal period. We can’t prevent it from happening, so we try to “nip it in the bud”.
If you have a past history of, or are currently being treated for, mental illness warranting medication and/or talk therapy, it would be wise for you to carefully monitor your mental well-being. If, either antenatally or postnatally, you feel depressed and anxious for the first time and this feeling persists for more than a couple of weeks, you should seek the help of your obstetrician, midwife or family doctor. She or he will likely give you a questionnaire for identifying depression or ask you three simple questions, known as the Whooley questions after their author, that are equally predictive:

Help – if you need it – is likely to mean some form of talking treatment or medication, and this can be helpful and safe, and limit your distress, as well as any potentially negative effects on your baby.

Dr Barry Connell is a Fellow of the Hong Kong College of Psychiatrists and practices with Central Health Medical Practice.