Reading Time: 6 minutesAsperger’s syndrome (AS) is one of a group of neurological disorders known as autism spectrum disorders (ASDs), and is considered to be on the mild end of the spectrum, according to Healthline. Characteristics include having difficulty with social interaction, communication and emotions, and behavioural symptoms such as engaging in repetitive and restrictive behaviour and a proclivity towards routine and ritual. Here is a first hand account of what it is like living with Asperger’s syndrome, as well as some tried-and-tested tips for raising a child with Asperger’s. 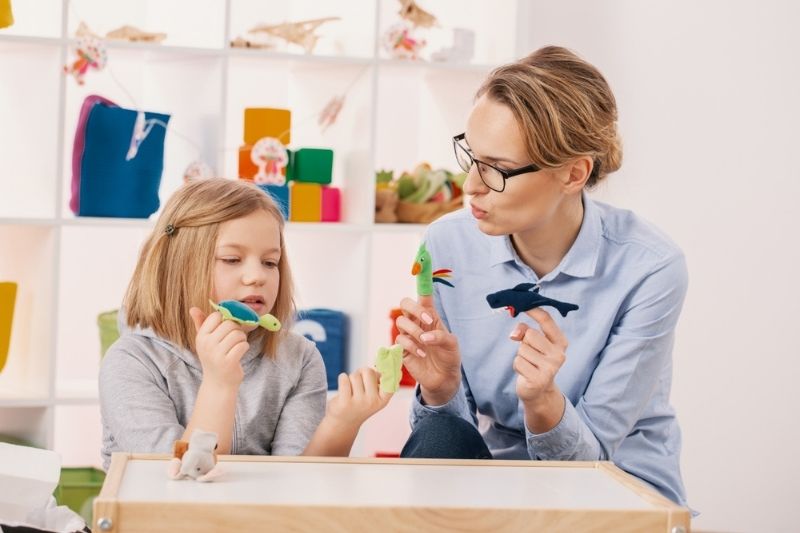 On his first day at kindergarten, George Allen* remembers walking straight into the classroom without as much as a glance at his mother while other kids cried and clung to their parents. He preferred it that way; he hated being hugged or kissed. At school, he barely spoke at all and struggled with making friends, finding them “stupid” and uninteresting. By the time his tenth birthday rolled around, he had memorised more than 2,000 scientific fish names and it was the only subject he wanted to discuss. At 13, George moved into his parents’ basement, preferring the solitude and comfort of his books and fish magazines. One summer break, in what he describes as a “midlife crisis”, he rarely stepped out of the basement despite his mum’s pleas to go out and play.

“I struggled with connecting emotionally with my mom or kids at school,” says George who, today, is a marine biologist currently applying for a PhD programme. “It was only after I was formally diagnosed with Asperger’s syndrome as an adult that I was able to resolve a lifelong identity crisis.”

What Is Asperger’s Syndrome?

Asperger’s syndrome (AS) falls at the high-functioning end of the autism spectrum and affects how a person makes sense of the world, processes information and relates to other people. While there are similarities with autism, people with AS have fewer problems with speaking and are often of average or above-average intelligence. Asperger’s can go unnoticed in the early years because there is no delay in cognitive or language development. AS is characterised by struggles with social interaction and a fixation on one subject or activity.

In a world where socialisation is key, children with AS find themselves a misunderstood minority. They are slow to interpret what others are thinking and feeling, and miss facial cues like a grimace or a smile. A statement like “sit down” always means the same thing, whether the speaker is smiling or frowning with fists on her hips. Failed social encounters in early childhood chip away at a child’s self-esteem, fuelling their frustration and anxiety.

A parent’s role in raising a child with Asperger’s

In the spring of 2014, ESF hosted the inaugural Hong Kong ASD (Autism Spectrum Disorder) Conference, featuring renowned speakers, Dr Tony Attwood and Dr Isabelle Hénault. The aim of the event was to educate professionals, teachers and families on how to support ASD individuals from childhood through to adulthood, as well as to encourage Hong Kong’s education system and support associations to network more closely.

As I sat down to chat with Dr Attwood during the conference, one of the first things he remarked on was how overwhelming Hong Kong’s flashing fluorescent lights and relentless traffic noise could be for a child with AS, explaining how auditory sensitivity makes it hard for them to filter out background noise. Understanding different perspectives about the basics of daily life like this is important for parents of children with AS.

“The views and perspectives of an AS child and a neuro-typical (NT) child are like two different cultures. The overarching role of a parent is to be a translator who bridges these two worlds,” says Dr Attwood. “Neither of these two cultures is superior, just different.”

Tips for raising a child with Asperger’s

If your child has been diagnosed with Asperger’s, Dr Attwood suggests trying these simple strategies at home:

• Find a peer group for your child and a champion within that peer group. Recruit cousins, older siblings or a child who can empathise with your child. Dr Attwood adds, “The peer group will make them or break them. I cannot emphasise this enough. Surround your child with empathetic children who won’t bully him or misunderstand his intentions. They will become your eyes and ears in your absence.”

• Explain your child’s sensitivities to siblings who may complain about his ruining or disrupting their games. Help them understand how his mind is different and unique, and how to avoid “pushing his buttons”. 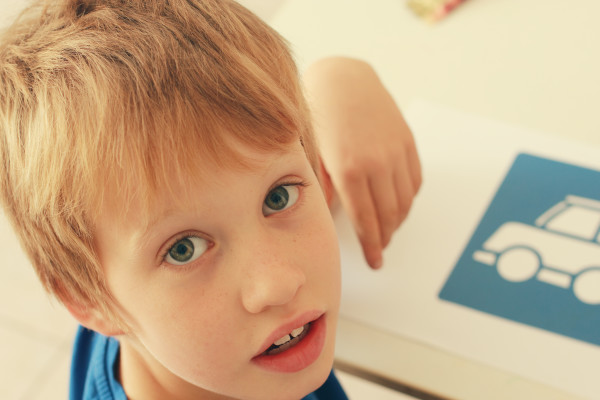 • School can be a challenging environment for AS children. They are overwhelmed and worn out by the social interaction demanded of them. When they get home from school, give them the space and time to recover.

• Ask direct and specific questions, rather than open-ended questions. “Was there a time you felt angry or frustrated today?” in place of, “How was school today?” Similarly, give precise instructions. When you ask a child to tidy their room, specify what you mean by “tidy”.

• Rehearse social encounters and reinforce these as often as possible. George says his mother continuously reminded him to shake hands or kiss goodbye at social functions. He adds, “Certain things should be taught when you are young. I learnt expected social reflexes because it was drilled into me at an early age.”

• Use their obsession on a topic to motivate other activities. If rocks are your child’s favourite things then consider science projects or maths exercises that involve rocks.

You may also be interested in: Breakthrough Autism Workshop in Hong Kong 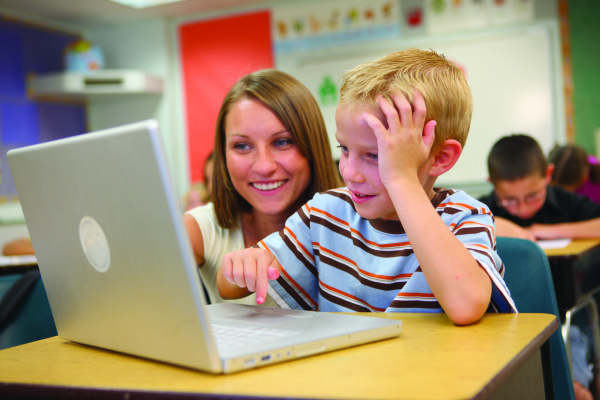 Awareness in the classroom

The US Centers for Disease Control and Prevention (CDC) estimates that one in 88 children in the United States has been identified as having an autism spectrum disorder, which means that a teacher there will likely meet at least one ASD child in a three-year period. Dr Attwood says the formative years set the foundation for success. “Choose the teacher and not the school. If the teacher is not empathetic to your child, there is an increased likelihood that he will be bullied by his peers.”

Dr Attwood suggests raising awareness of autism and Asperger’s syndrome at school by incorporating literature about AS into the curriculum. Books such as The Curious Incident of the Dog in the Night-time; All Cats Have Asperger Syndrome; and My Brother is Different provide a glimpse into an AS child’s world.

Explain to kids the advantages of having AS, and their unique talent to think in patterns and pictures. Show them examples of the fascinating artwork of Stephen Wiltshire or the musical talent of Derek Paravicini. As autism advocate Temple Grandin famously said, “The really social people did not invent the first stone spear. It was probably invented by an Aspie who chipped away at rocks while the other people socialised around the campfire. Without autism traits we might still be living in caves.”

Dr Attwood also recommends experiential role-playing, where classmates try to understand what it is like to be someone who has AS. For example, act out a situation where you’re doing your homework, Skyping a friend and your mum is trying to have a conversation with you, and ask students to explain how it would feel to have the same sensory overload most of the time. Helping neuro-typical children recognise these differences helps them understand their AS peers better.

While you might be daunted by a diagnosis of Asperger’s in your child, there’s no reason to lose hope. Your child, like any child, will grow and develop in his own way. And an AS diagnosis is no reason to fear that your child will fail to achieve a successful career and fulfilling life.

“A person with Asperger’s syndrome or autism has to compensate for poor social skills by making themselves so good in a specialised field that individuals will be willing to ‘buy’ their skill even though social skills are poor,” wrote Temple Grandin, in a response published on the Autism Research Institute site in 1999. “Choose jobs that put low demands on short-term working memory (cashier, market trader, air traffic controller) and utilise an excellent long-term memory (computer programming, quality control, accounting).”

George, the marine biologist, was happiest when he spent time in the Maldives researching and cataloguing marine life for a local lab, but shunned the pressure and responsibility of guiding guests in underwater dives. He adds, “It’s important to funnel your interest into something you are happy with, but take the time to understand its application in the real world.”

Whether your child has AS or not, you play an important role in coaching and encouraging him. While he might not follow in every one of your footsteps, your child with AS can achieve great things, in his own way. 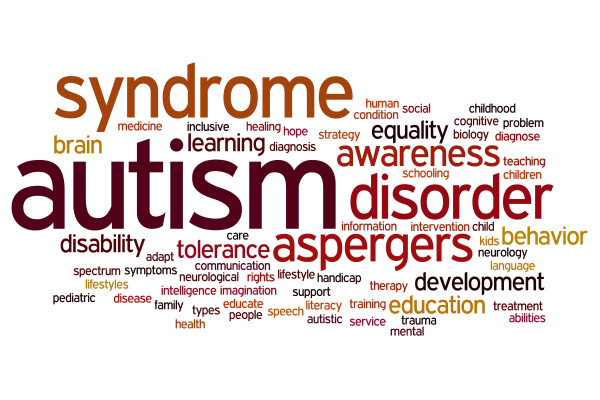 Despite the difficulties AS adolescents encounter in communicating and interacting socially, and their emotional maturity being behind their peer group, their interest in sexuality is similar to adolescents their own age. People with Asperger’s understand the theoretical need for a prom date and the desire for sex, but they don’t understand the love or intimacy needed to sustain a relationship.

“Parents need to give a detailed and concrete description of sexual acts and intimate areas. By ignoring the discussion, we make them vulnerable to abuse or displays of inappropriate sexual behaviour. Since they can’t read facial cues or understand intentions, they can be easy victims of date rape or cyber-predators,” says Dr Isabelle Hénault, author of Asperger’s Syndrome and Sexuality. She adds, “Adolescents with ASD process information literally, making online pornography the perfect trap. It sets inaccurate guidelines for consensual sex or protection during intercourse.”

Flirting and dating are particularly complicated, with masked cues that leave them frustrated. Dr Hénault works with adolescents to identify the qualities of a healthy relationship and to recognise and prevent abusive or dangerous ones. She suggests role-playing so as to decode body language and social cues they may encounter in real-life situations.

Check out these organisations in Hong Kong that offer support to families dealing with autism spectrum disorders:

www.autismchildren.org.hk
www.autismpartnership.com.hk
*Names have been changed to protect the privacy of the individuals interviewed for this feature.

Inspiring Girls is a charity organisation dedicated to raising and broadening life ambitions for girls by connecting them with female role models from a...
Read more
Education

Want to try something entertaining that boosts learning without using more screen time? It's something you may already be doing yourself but have yet...
Read more