Many women will have experienced the classic symptoms of irritability, tearfulness and sometimes abject rage that can descend as quickly as a passing tropical rainstorm for seemingly no reason, only for the tell-tale signs of the start of a period to arrive and explain all.

The mental symptoms of the premenstrual syndrome (PMS), as well as the physical ones such as bloating and breast tenderness, are common, but for most women are an unpleasant but manageable nuisance. However, for some, the symptoms can be so debilitating that they have a serious impact on their ability to function normally; to work, be productive at school and to have a fulfilling family and social life. When PMS is severe in this way, it is referred to as premenstrual dysphoric disorder (PMDD).

How common is PMS and PMDD?

While some symptoms leading up to the period are very common, it is estimated that up to 8 per cent of women are affected by symptoms severe enough to have a considerable impact on their lives, but it may be much more common than this. Women may not appreciate the cyclical nature of the ‘black cloud’ coming and going with their periods with so much else going on in their busy lives, or they may simply accept it as part of womanhood and so never seek help.

How do I know if I have it?

Symptoms typically start in the week before your period, getting worse the closer it gets and improving as the bleeding starts. It can sometimes be difficult to put your finger on this pattern unless you have given it some real thought, so if you do seem to be having significant ups and downs, it would be worth starting a menstrual diary and noting down the timing of your period and when your symptoms occur.

If you have mood symptoms that are continuous throughout the month, then you may be suffering from anxiety or depression rather than PMS. Having said that, if you have already been diagnosed with a mood disorder but have also noticed that your symptoms are worse pre-menstrually, this could be PMS exacerbating your mental health.

PMS tends to start in your twenties, although it can worsen as you get older. If you have never experienced these symptoms and then you start developing them anew in your 40s and 50s, then it is more likely to be the perimenopause rather than PMS.

How can you manage your symptoms?

Sometimes just being aware that you aren’t going mad and that there is a reason for your symptoms is comforting enough to many women. If you have regular periods, you may be able to predict when you will be feeling more fragile and adjust your lifestyle accordingly if your symptoms are mild. If your symptoms are more severe there are still lots of things you can try before reaching for the prescription pad.

One of the findings from studies in women with PMS is that they have lower serotonin levels in the second half of their cycles compared to women without PMS. Levels of serotonin can be boosted naturally with exercise. It may feel hard to motivate yourself to exercise pre-menstrually, especially as one of the symptoms of PMS is fatigue, but pushing yourself to increase your heart rate (ideally outside in nature) will definitely boost your serotonin levels and in turn improve your mood and the physical symptoms of PMS. There is also evidence that relaxation techniques such as meditation can be beneficial.

Many studies have shown that women naturally increase their intake of carbohydrates in the premenstrual period, so you are not alone in reaching for that chocolate bar. However, try not to overdo the junk food as it can actually make your symptoms worse. Salty foods and caffeine can make the physical symptoms in particular worse, whilst there is some evidence that a diet rich in omega 3 fatty acids, calcium and vitamin D can help.

There are lots of vitamins and supplements that have been studied to assess their benefit for PMS. Unfortunately, the results have not been conclusive; some studies show no benefit whilst others show an improvement (although that could be just because of a placebo effect). These include supplements such a vitamin B6, vitamin E, calcium and magnesium.  The one supplement that does have some good evidence behind it though is Vitex agnus castus extract from the chaste tree, so called as it was thought to suppress sexual desire in monks in the middles ages. The most common dose studied is 20-40mg daily, and at this dose it seems to be well tolerated and safe, although as with any medicine or supplement, it is worth checking whether it is suitable for you with your own doctor. 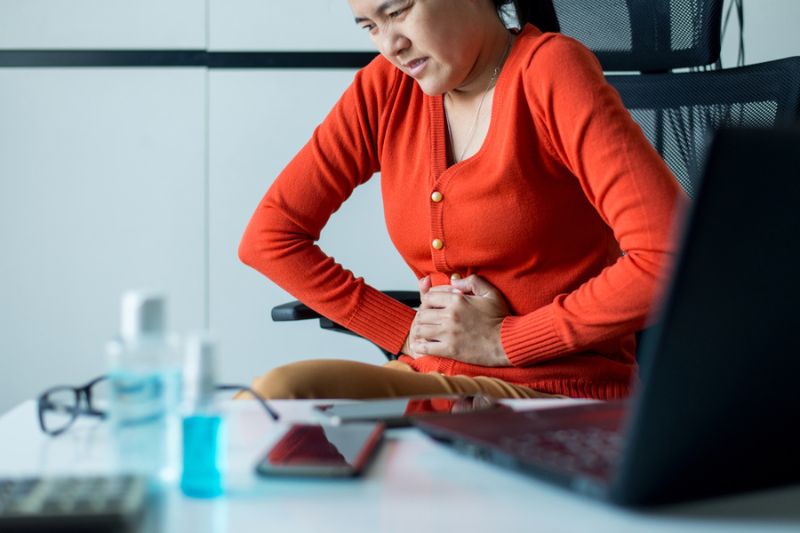 How we can help you manage your symptoms?

With severe PMS or PMDD, changing your lifestyle alone is unlikely to be enough, so we have two main treatment options we can try: either we can boost your serotonin levels in the 2nd half of your cycle or prevent the natural up and down changes of your hormones during your menstrual cycle.

The first option involves using a type of antidepressant, which increases the amount of serotonin in your brain. These can be effective when taken only in the 7-14 days before your period, but some women will prefer the convenience of taking them continuously, which may also help more with physical symptoms. If you are already on this type of medication but notice you have PMS symptoms overlying, you can simply increase your dose in the two weeks before your period and then go back to your normal dose afterwards.

The second option involves using hormonal contraception to turn off your hormonal cycles by taking the combined oral contraceptive pill. It can be taken in the traditional way with a week break between packets, but some women will find this doesn’t improve their symptoms sufficiently, in which case it is advisable to take it continuously, without the one to week break (do get advice from your doctor on how to do this correctly). Not having regular bleeds whilst taking the pill continuously is completely safe and means you might be less affected by the changes in your hormone levels.

Some women, particularly those with the most severe form of PMS, PMDD, will benefit from seeing a psychologist or counsellor for cognitive behavioural therapy. Studies have shown that women with PMDD receiving CBT have less anxiety and depression as well as improved coping skills. It can be used alone but with severe symptoms, it works well together with medical treatments.