Reading Time: 6 minutes“Slugs and snails and puppy dog’s tails, that’s what little boys are made up of,” so goes the rhyme, while little girls are idealistically composed of “sugar and spice and all things nice.” It does seem rather unfair that boys should get such a raw deal, but although the rhyme is old-fashioned, even today it seems boys get a bad rap. As if to confirm our worst prejudices, experts and statistics regularly remind us that in almost every way – emotionally, educationally and even physically – boys are often outstripped by girls.

Where once parents were encouraged to be gender-blind, assuming that by giving Barbies to their sons and train sets to their daughters they could avoid stereotyping their kids into gender-specific roles, experts these days accept that biology does play an important role in behaviour. As a result, there is a more realistic view of the different makeup of boys and girls and a recognition that a parent’s role is to not to change who their child is, but to help them become the person they were born to be.

“As a professional, I would say that children all need to be exposed to the same experiences and talked to in a similar fashion to develop a socially and morally adjusted child. However, as a parent of both boys and girls, I see the difference in their responses and behaviours from an early age,” says child psychologist Tara Levinson. “Girls are stereotypically more emotional, vocal and empathetic, [while] boys are more energetic and physical, even when given the same toys to play with.” 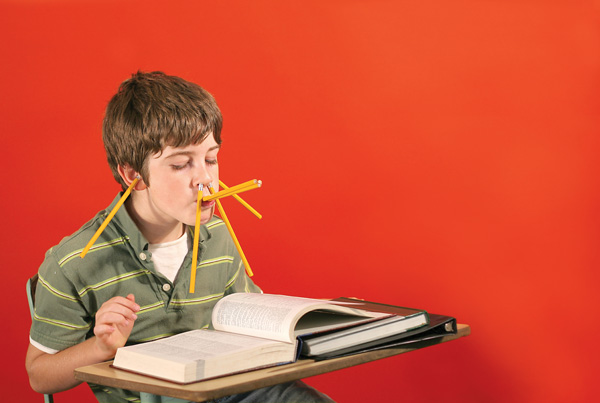 Photo editor and mother of two, Ester Wensing agrees: “I think the difference between my son, Kes, and my daughter, Indy, is mostly down to nature. Indy played with the same toys that Kes had for a long time but they play very differently with them. It seems to be the traditional divide. She is more nurturing, imitating life at home, whereas he is very active and physical in his games, which are not based on the home at all. Indy will look after a baby and wrap it up. Kes will try and pull its arms and head off.”

Testosterone makes boys grow faster, with 30 per cent more muscle – and a large part of a boy’s brain is devoted to managing that muscle. The structure of boys’ and girls’ brains is different too. Boys’ brains are larger but the corpus callosum, which connects the right brain and the left, is better developed in girls than boys. This means girls find language, social skills and fine motor skills easier to come by than boys who are – literally – more single-minded. 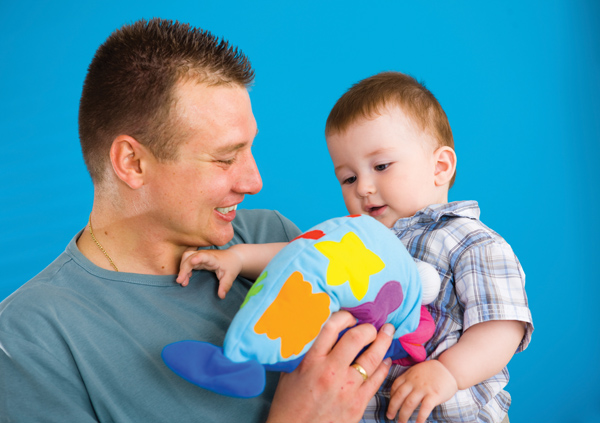 Their greater muscularity means that boys are usually more action-orientated and physical, making them more rowdy and aggressive than girls. “When you have a majority of boys in the class, the teacher certainly feels it,” acknowledges Joanna Godbolt, director of the Montessori school, Casa dei Bambini. “There is more movement and a higher noise level! In order to fully capture the attention of boys, the teacher needs to use a lower, more assertive voice and also have a sense of humour when handling boisterous behaviour.”

Ina Lester-Smith who teaches at Woodlands Montessori Pre-School in Repulse Bay and is a mother of two boys and a girl, concurs: “In the playroom at my pre-school, boys do have a tendency to be rougher than girls. I see the same at home… my boys tend to play rough together, wrestling or jumping off sofas and beds. My sons tend to get bored faster than my daughter who can entertain herself for hours with a pencil and some paper.”

“Embrace all their wonderful and unique qualities and praise them for trying hard.”

Getting boys to concentrate is a challenge all parents face. In his book, Raising Boys, Steve Biddulph recommends that boys start school a year later than girls because of the slower development of their fine motor skills and cognitive skills generally. As constant movers with a higher activity level than girls, boys are often less compliant and more easily frustrated and sometimes have more difficulty adjusting to new situations. “After teaching young children for over 20 years, I believe there is a difference in how we need to teach boys. By ignoring the differences, we are not educating them as well as we could be,” suggests Joanna Godbolt.

“Boys don’t develop at a slower rate than girls,” argues Tara Levinson, “[they] just develop different skills at different times… Girls do typically develop stronger fine motor skills and attending skills (sitting at a table for a period of time) before boys do. Boys develop some spatial thinking and gross motor skills at an earlier age than some girls do. Parents should not push their sons to work on handwriting and sitting for long periods of time. If a child is not developmentally ready for these skills, it will be a frustrating experience for all.”

“Not everyone evolves at the same speed. Even amongst the same gender, there are enormous disparities,” points out Ina Lester-Smith. “We have to accept this and try and make learning as fun and interesting as possible.” 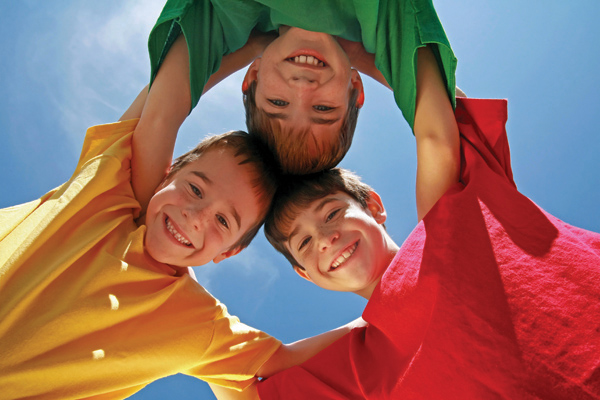 Many experts encourage parents of boys to turn off the TV and engage them in games to help them improve their focus and concentration. “Let the child lead,” stresses Tara Levinson, “pick books and activities that are of interest to the child. If a child is motivated and interested, they’ll learn better and be more engaged. For learning activities, keep them fun (turn it into a game) and keep them short, with a clear beginning and end.”

Starting young is key too, argues Ina Lester-Smith, who regularly reads to her sons, aged 3 and 8. “Find a moment in your day when it’s only you and your son. Most parents read at bedtime, some do it at the dinner table – whenever and wherever works best for you. My sons each love this time that we share. Don’t rely on the school to a) teach them to read and b) instill a love of learning. We as parents need to be behind them, making sure we encourage them to read as much as possible on their own and out loud to us.” 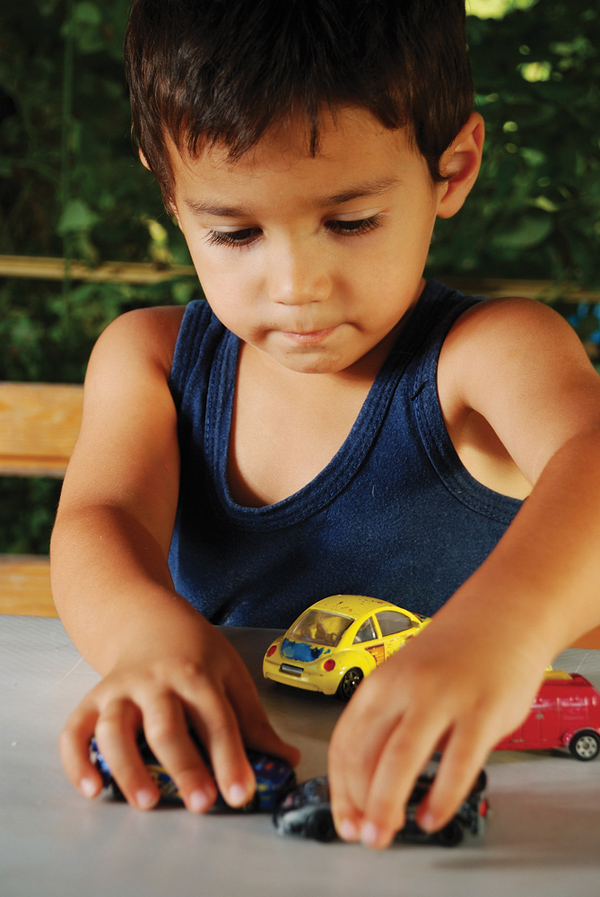 When it comes to bringing out the best in your son, the experts agree: be realistic in your expectations. Boys may take longer to learn a particular skill, but it’s important to see what they can do in a positive light. Praise each step in the right direction and not just for academic work but for all the behaviour that makes home life easier. See their muscularity as an asset and encourage your son to use his strength in appropriate ways – for example, through sports and activities where he can let off steam and channel his energy in a positive way.

“Embrace all their wonderful, unique qualities and praise them for trying hard,” recommends Tara Levinson. Discipline, communication, praise, love and being a good role model are crucial, says Ina Lester-Smith. “Praise your son when he has achieved something, big or small. Children like to know that they have made their parents proud. And lastly, tell him you love him – sensitive boys in particular need to hear those three little words.”

“I was delighted when I found out that I was having a boy,” recalls Ester Wensing with a smile. “With a boy, it’s nice to see how different they are. I like their explorative nature and the action – although it can be exhausting too! The challenge is to protect boys from themselves. Superman might be able to fly off a roof, I say, but you can’t!”

The 3 stages of boyhood

According to Steve Biddulph in his best-seller, Raising Boys, there are three key stages in a boy’s life: