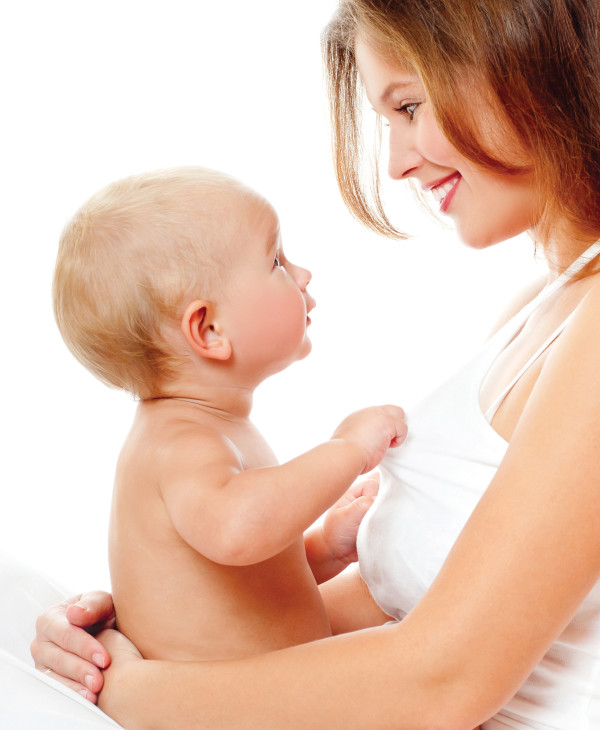 I knew what my mom was about to say even before she said it. “Why would you teach him to sign instead of encouraging him to speak?” To be honest, I couldn’t think of a logically compelling argument for signing with our seven-month-old son Isaac. At the time, I hadn’t met any parents who were signing with their child, and although research touted its many benefits, I wasn’t swayed by the promises of a higher IQ or advanced verbal development. Signing just seemed like a fun activity, with a sliver of hope that we may be able to communicate better with our baby.

Teaching ourselves basic signs from an American signing series – Rachel Coleman’s Baby Signing Time – we started with three basic signs, “milk” (squeezing the hand like you are milking a cow), “more” (bringing your fingertips together) and “cereal” (wiggling a finger on your chin). For the first couple of weeks of practice, Isaac just stared back at us with a quizzical look and it was hard to tell if he grasped any of it. But one morning when he was around nine months, he pulled himself to a standing position and made the squeezing sign for “milk”. I thought I might have imagined it, but he looked earnestly at me and signed it again. In the week that followed, Isaac signed back all three words we had shown him. It was nothing short of magical – the realisation that our baby had the ability to tell us exactly what he needed.

A common misconception is that signing is a crutch that actually delays the onset of verbal communication. After all, if the child is able to communicate perfectly with his hands, the logic goes, what is the motivation to learn to speak? According to paediatric behaviour and developmental experts, baby signing is just one communication tool to help a child get his message across. Baby signing is not a replacement for talking; rather, it’s a medium for babies and toddlers who understand lots of words and concepts but don’t have the vocal and motor coordination to say them out loud. Linda Acredolo, a child development expert and author of the popular book Baby Signs, writes, “Just as babies learn to crawl before they can walk, using signs gives them a developmentally appropriate way to communicate before they can talk. Baby signing helps the transition from no language to spoken language.”

Speaking is the goal of signing, so words are always used along with the signs. Singwa Lim, founder of Baby Signs Hong Kong, agrees: “Advanced verbal skills in signing children can be attributed to the fact that signing incorporates all three learning styles – visual, auditory and kinaesthetic.”

With signs at their disposal, babies can direct their parents’ attention to objects they find fascinating rather than just listening to labels for things their parents think are important. Lucy Nightingale recounts how her daughter Inés would be in the stroller facing away from her and could initiate conversation with Lucy by signing whatever caught her attention.

Parents who sign with their babies are always amazed at how much their children are actually observing in their environment and their ability to communicate what they see. Rocky Hareb loved to sign “cow” and say “moo”, but being a city boy in Hong Kong, he hadn’t seen one in the flesh. When he was around 16 months, his parents took him to South Africa to visit his grandparents. He was very excited to see their black and white Staffordshire bull terrier and signed “cow” frantically. His parents found lots of opportunities to show him the difference in scale between a cow and a dog in South Africa (though he remained convinced the Staffie was just a small cow!).

One of the more rewarding milestones of signing is when it goes beyond expressing needs to communicating feelings. Molly Grenham recalls walking down the street with her 19-month-old son Lucian and spotting a stationary fire truck. She walked to it assuming Lucian may enjoy seeing it up close. But as she approached the fire truck, she noticed Lucian signing “afraid” and she knew instantly that he probably found the large truck intimidating.

Irrespective of when you start signing to your baby, the motor coordination needed to sign back develops around eight months, which coincides with other gestures such as waving goodbye, clapping, nodding yes or shaking the head no. More often than not, the first signs a child picks up are the three to five words associated with the primal need for food and milk. For Kate Hareb, the ideal time to start signing with her baby presented itself when she introduced baby-led weaning at seven months. She says, “Rocky loved to eat and experiment with new foods. Once he learned his first few signs, he realised he could sign ‘more’ for the food he liked.”

Signing can peak to around 100 words between 12 and 18 months, and follows the natural trajectory of a child’s interest, gravitating to the subjects that capture their imagination. This intermediate period, when signing vocabulary is peaking and toddlers are picking up their first words, can be a fascinating time. Children will intersperse speaking with signing and may use signs as a fallback when they feel they aren’t being understood. Singwa recalls how her 17-month-old son came into the room with a star-topped wand and excitedly tried to say “green star”. But, at the time, his speech wasn’t clear and seeing that his mother didn’t understand, he switched to signing “green” and “star” to clarify what he was saying.

As children begin to string words into simple sentences around the two-year mark and build up the confidence to speak, they start dropping their signs. Only on occasion will they revert back to signing, often to elicit empathy by signing a very earnest “sorry” to accompany an apology, or a frenzied sign for “please” to appeal for something they really want. In our family, signing made a comeback after our younger son started signing. At that point, Isaac hadn’t signed in over two years, but he was delighted to practise along with his younger brother and join in on the conversation. 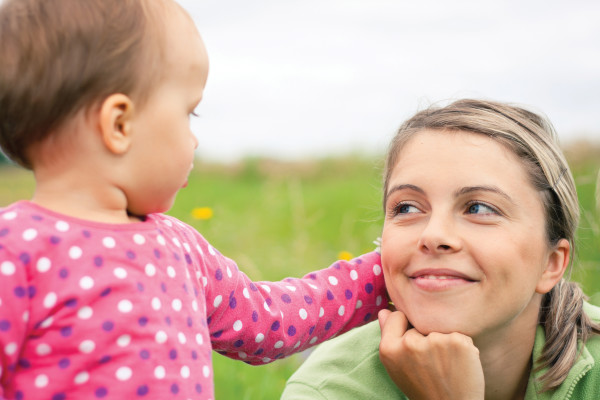 Much like there are early or late talkers, every child develops differently and may be slow to sign back. It helps to remember that receptive language catches on long before expressive language, so your child can typically understand your signs even if he isn’t capable of signing back just yet. Repetition and patience will serve you well. The key is to be consistent with it. By doing it often and incorporating it into your baby’s routine, signing becomes an unscripted and natural extension of how you interact with him.

You don’t need to sign in full sentences. Parents often sign just the main noun or the verb in the sentence. For example, if you are asking your baby if she is sleepy, you need only sign “sleep” to get the point across. Kathie Glenn, who signed with her son Oakley, says their signing vocabulary was limited to ten to 15 words, but those few signs help diffuse frustration at meal- and bedtime.

Make room for improvisation. At first, children may choose their own variation of the sign and sometimes may even use the same sign to describe multiple words. Much like first words, it takes several attempts before getting it right.

Let children take the lead. We all find it easier to learn about things that really interest us. When your child points to something they are interested in, that presents a perfect point to introduce a new sign. And choose support resources that work
for you and your child. My children liked watching the Signing Time DVDs and signing along with the songs.

Involve your peer group, family and caregivers in the process. Baby signs are simple enough for anyone to learn and follow, and getting your family and friends on board gives your child an immersive experience. Rocky, Lucian and my younger son would meet for weekly play dates and relied heavily on signs to engage with each other. At 15 months, Lucian even put together the sign “rock” to refer to his buddy Rocky.

Signing lasts just a few months, but the lasting impact it has on the parent-child relationship is priceless. Parents who sign with their babies come away amazed at the bonding and joy they experience. The fact is, signing has gained widespread acceptance and will continue to do so, because it speaks to the very core of what every adult and child alike wants: to be understood.