Acupuncture, moxibustion and their effect on pregnancy. 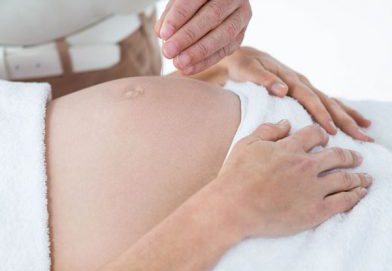 Watching a heavily pregnant woman trying to light two herbal cigars and then position them beside her pinky toes is highly amusing. Or so I’m told; it’s hard to see the funny side when you are burning your fingers and unable to see exactly where your toes are! When your baby is lying transverse, anything seems worth a try though – which is why I turned to acupuncture and moxibustion to rotate my baby (spoiler alert: she did turn in time for her birth!). Acupuncture and moxibustion have been around for centuries, but their uptake outside of China is perhaps more of a recent phenomenon.

Acupuncture is becoming increasingly popular as a fertility treatment and to assist with pregnancy issues. Compared to many alternative health practices, acupuncture does have a number of scientifically sound studies supporting its use. The World Health Organisation’s 2003 report recognises 28 health conditions as being treatable by acupuncture (including morning sickness, back/neck pain, mal-positioned babies and labour induction), with another 63 conditions listed where the “therapeutic effect of acupuncture has been shown but for which further proof is needed” – these include female infertility, labour pain and lactation deficiency.

Read more on the WHO’s take on acupuncture here.

Gianna Buonocore is a Hong Kong-registered Chinese medicine practitioner (Acupuncture) with clinics at the Integrated Medicine Institute and Matilda Medical Centre. During the twenty-plus years that Gianna has been practicing, she has noticed an increase in the number of patients seeking her assistance with fertility issues. “Acupuncture can be used for all fertility problems. It can be used as the primary form of treatment – to regulate the cycle, promote ovulation, improve uterine lining and prevent miscarriage, or as a secondary form of treatment – to relax the mind or reduce the side effects of drugs during IUI or IVF treatment,” she explains.

When faced with fertility problems, acupuncture is often considered a good first step, before contemplating Western fertility treatments. Fashion buyer Anna Fox was struggling with polycystic ovary syndrome and “having come off the pill, my periods just stopped completely. I needed to find a way to rebalance my hormones and get my cycle back. I was thrilled when I ovulated after just two sessions of acupuncture, and had a period two weeks later.”

How does acupuncture increase your chances of conceiving?

The idea behind using acupuncture to treat fertility is that in order to get pregnant, the body must be in balance. Gianna explains, “the organs and systems that produce and transport substances around the body, such as hormones, blood and qi (energy) need to work in a coordinated and harmonious fashion. When there is an interrupted flow of qi and blood, then less oxygen, hormones and nutrients are available to nourish the ovaries, uterus and growing embryo. When acupuncture is used to boost fertility it involves inserting a needle into the body to re-establish the flow of blood and qi to those parts of the body.”

Acupuncture is also considered beneficial when used alongside Western fertility treatments. Anna found that her cycle, once re-started, was still abnormally long “which was not optimal for conception, so we decided to combine Clomid with acupuncture which was very effective and I conceived almost straightaway.” Many assisted conception clinics now recommend, or even offer, acupuncture treatment alongside Western fertility treatments to increase the chance of conception. A German study conducted in 2002 concluded that having acupuncture together with IVF substantially increased the chance of success. Many patients find acupuncture stress-reducing – which is of course advantageous when trying to conceive. Anna’s experience of acupuncture was of being “sent into a deeply relaxed state, almost asleep. Afterwards I always felt very positive and calm.” Gianna warns that patients should always let their acupuncture practitioner know if they are undergoing fertility treatment as “for instance we do not recommend acupuncture points in the lower abdomen and back after an embryo transfer.”

Many of Gianna’s patients also seek her help during the first three months of pregnancy “to prevent and treat problems such as morning sickness, miscarriage, heartburn, carpal tunnel syndrome, back pain, varicose veins, constipation, anxiety, fluid retention and high blood pressure” without the use of prescription medications – especially as these are often contraindicated during pregnancy. Gianna has observed that most women feel relief from morning sickness after just one to three sessions and recommends acupuncture during the first 12 weeks of pregnancy to prevent miscarriage by “reducing stress, calming the fetus, preventing uterine contractions, warming the uterus and improving circulation to the growing embryo.”

Is acupuncture during pregnancy safe?

Acupuncture is generally thought of as safe during pregnancy. The most common side effects that Gianna sees are increased tiredness (kind of goes with the territory when pregnant!) and occasional bruising. It must be noted though, that more serious side-effects have also been reported in connection with other practitioners, including infection and organ damage through misplaced needles. Serious incidents appear to be rare, but it is important to choose a qualified practitioner who has current certification on display and who appears to have good needle sterilisation practices. The licensing requirements for acupuncturists vary from country to country – so you should question your practitioner about their training and experience before treatment. If you have a blood disorder, take blood thinners, or have a pacemaker, you should discuss acupuncture first with your specialist, and may have to reconsider altogether.

If you’ve ever tried to get a traditional foot massage whilst visibly pregnant, you’ll already be familiar with another risk highlighted by Gianna: “There are some well-known forbidden acupuncture points during pregnancy. These points are reserved to induce a natural miscarriage, if for example a doctor has determined that a pregnancy is not viable. These points are also used to induce a period or promote labour.” If your baby is overdue and you are staring down the barrel of an unwanted induction, then these risks can become a benefit – Gianna frequently brings on labour by using “induction points on the hands and feet, which are known to ‘strongly descend.’ They can also be used to strengthen contractions, if labour has stalled.”

Connected to acupuncture is the practice of moxibustion – the burning of cigar-like sticks of a herb called mugwort near particular acupuncture points.

What are the benefits of moxibustion?

Commonly used to turn breech/transverse babies in China, moxibustion can also be used to boost fertility says Gianna. Clinical trials of moxibustion to date have not consistently proved its effectiveness – but there is still plenty of anecdotal evidence from women who have felt increased movement from their baby during treatment. The only real risk with moxa sticks is accidental burning – a top tip is to balance the sticks on coffee cups on the floor then gradually tilt your toes towards them – it’s far easier than trying to reach your pinky toe when heavily pregnant! Gianna believes that “although in China it is claimed that 80-90 per cent of breech babies turn using moxibustion, I think it is successful in about 30 per cent of cases. That means there are 30 per cent less c-sections though.” If you have a fever, diabetes, or have high blood pressure, you shouldn’t attempt moxibustion.

Whilst further clinical trials into acupuncture and moxibustion are needed, their acceptance by mainstream Western medical practitioners is increasing. There’s certainly no shortage of satisfied customers. If you don’t like the sight of needles, try shutting your eyes … parents (and prospective parents) need to grab any opportunity for shut-eye they can!

To learn more, check out Healthline’s in-depth guide on moxibustion and how it works.

Is it a fracture? Broken Bones on Vacation, here’s what you need to know

Your Guide to Breast Cancer Screening in Hong Kong

October is Breast Cancer Awareness month. What better time to learn about breast cancer screening in Hong Kong? Breast cancer is currently the most...
Read more