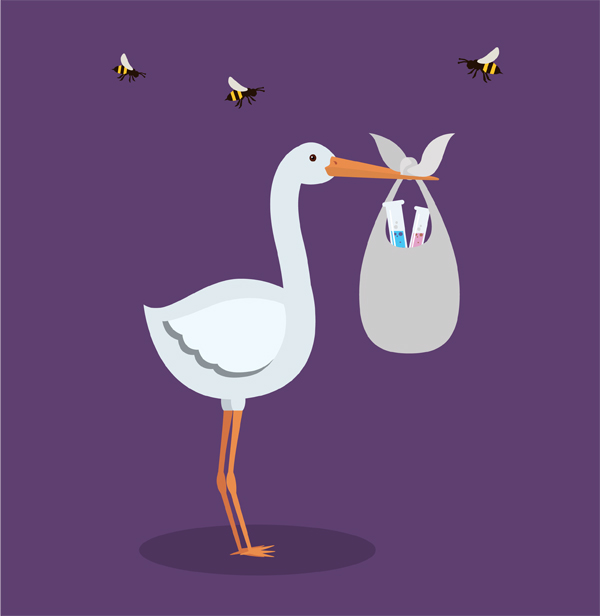 Discussing the ‘birds and bees’ can be a little daunting for any parent. For a growing number of parents, though, there are additional layers to the reproductive story. Explaining to your child that they were conceived using In Vitro Fertilisation (IVF) in a laboratory, and in some cases with a donor, adds a whole other dimension to the facts of life discussion. For some IVF parents it can be difficult to know how to broach a topic that they themselves may find hard to revisit – infertility is a painful journey. However, there are tips and tools that can help both parents and children get comfortable with discussing assisted conception.

So why discuss the method of conception at all? Historically it was thought best to shroud assisted conception in secrecy. It’s a tough secret for a parent to keep their whole life though, and experience shows that whilst children tend to readily assimilate information about their conception, it can be confronting for adults to discover they were conceived in a batch of embryos, particularly if a donor was involved. Overheard and misunderstood conversations could cause a child to worry about their own fertility, about their biological heritage if a donor was used, or about lost or destroyed embryos. Tracey Sainsbury, a fertility counsellor accredited by the British Infertility Counselling Association (BICA) and senior fertility counsellor and research officer at the London Women’s Clinic says, “Trust develops within a relationship from a very young age. We recommend openness from an early stage to promote a positive sense of identity for any child conceived through assisted conception. Children can be surprisingly aware, hence we don’t suggest waiting until a child reaches adulthood to share information.”

The advice offered by experts is to introduce the idea of assisted conception very early on, with the level of detail increasing as the child’s reproductive knowledge increases. Lana Smith, mother to two children conceived via IVF using a donor, says, “We always had a plan that our kids would be very young when we told them, so that there was never a shocking ‘moment of truth.’ If you start telling the story early then it just grows layer by layer as they get older; it is never a shock or a surprise, just part of their story.” In the beginning the information can be very basic, simply that parents sometimes need help to have a baby. Lana and her husband first introduced the idea of donor assisted conception when their eldest was around three: “We told her that mummy and daddy really wanted a baby, but it was a bit like making a cake – we had some ingredients but we were missing something important. We went to a doctor and he helped us to borrow that ingredient. It was a little abstract, but she liked the story.” 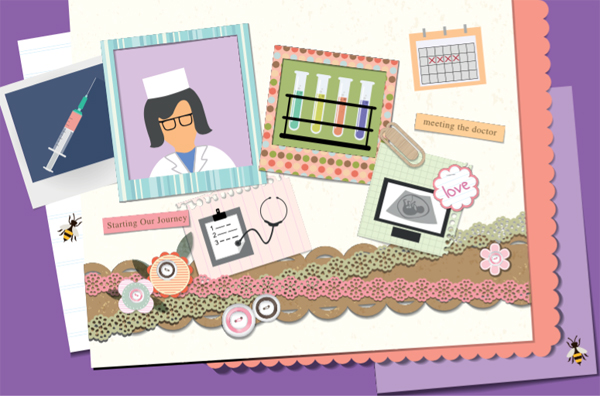 The concepts can even be introduced from birth with the help of a ‘life story book,’ suggests Tracey, which can be read to children even before they can speak. This simple scrapbook consists of photos such as the parent/s exploring options around parenting; a photo at the clinic; the doctor recommending that help would be needed; a smiling photo with the pregnancy test; scans; pregnancy pictures; then onwards into family life. With eight to ten pictures of each year moving forwards, this tool creates a factual account of life from pre-conception. The scrapbook can serve as a starting point for questions and answers – with the simple text and photos remaining the same, but the answers to questions evolving as the child grows.

Approaching the topic in a positive way is key. IVF is a highly stressful process for most parents and ‘test tube babies’ have at times been portrayed in a negative light by the media. It’s no surprise that a parent’s remembered pain or frustration could come across in discussions unintentionally. Australian-registered psychologist, Sophie Mitchell, advises that: “A child will pick up a good deal of information from their parent’s non-verbal cues, such as their body language and tone of voice. When talking to their child about IVF treatment it’s preferable for the parent to use a confident, matter-of-fact manner, even if they’re feeling anxious.”

Anya Sizer, mother to two children conceived by IVF, and an adopted son, has discussed IVF with her children since birth and her thirteen and nine year old children are very comfortable with their conception story. “IVF is a means to an end, it’s nothing to be ashamed of. Be relaxed and positive and your children will pick that up.” Anya and her husband originally kept it simple, focusing on the fact that they just needed some help, “and then as they have grown we have talked more about the mechanics, such as petri dishes and injections.” The children felt comfortable enough to ask questions such as ‘Did you feel sad not having children?’ and ‘Did the injections hurt?’ Anya’s attitude and openness have clearly paid off – her thirteen year old daughter recently spoke to her biology class about IVF and her own conception. 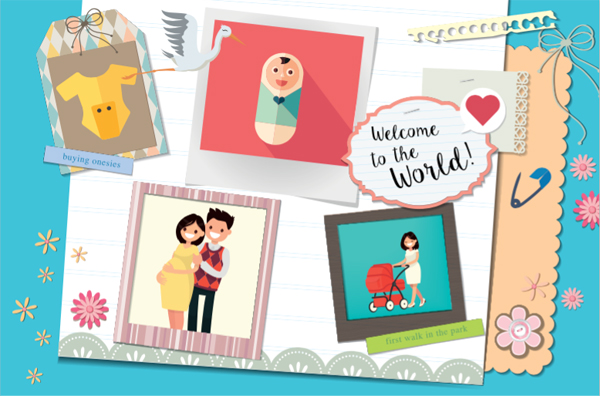 There are tools available commercially to assist parents in raising the IVF and donor concepts with their children too. DVDs or books such as I am extra special: 21st Century Guide to the Birds and the Bees, and The Pea that was Me can help to inform the conversation at different ages. Fertility clinics often provide online resources and counselling to help parents in talking with their children. There are networks and social media groups aplenty. Sophie recommends that parents who are struggling with how to initiate discussion with their children, or those with complex IVF experiences to address, should consider approaching a professional fertility counsellor. Sometimes even just talking with other IVF parents can be helpful. Lana and her husband attended a workshop for parents of donor-conceived children and found it “nice for once to be in a room of people all openly discussing the emotional journey which led them to using a donor, and how they will tackle this with their kids going forward. It was very useful to help ‘normalise’ our circumstances, which often feel shrouded in secrecy and a bit of a social stigma.”

Whilst IVF is becoming increasingly common, it doesn’t follow that it is any easier for prospective parents to deal with infertility, nor does it mean that it’s any easier to explain to children that they were conceived with assistance. Experts like Tracey agree that honesty really is the best policy though. “I’ve not met parents who have regretted being open with their children in my 15 years of working in the field of fertility. Providing clarity promotes questions being asked of parents, rather than a child keeping things in, acting out in terms of behaviour, or seeking answers from others.” There is another benefit to being honest about assisted conception too – it allows children to comprehend the great lengths their parent/s went through in order to have them. Anya and her husband stressed this one crucial point when talking with their children about IVF: that they were “just very, very wanted.” There’s no doubt that this is a wonderful message for any child to hear.

Having a baby in Hong Kong? It is certainly an exciting time in your life whether it’s your first baby or your third. If...
Read more
Maternity

The Best Breast Pumps You Can Find in Hong Kong

Having the right breast pump can significantly impact your breastfeeding experience. Depending on your needs, choose a pump that works best for you. Whether...
Read more