Knowing me, knowing you 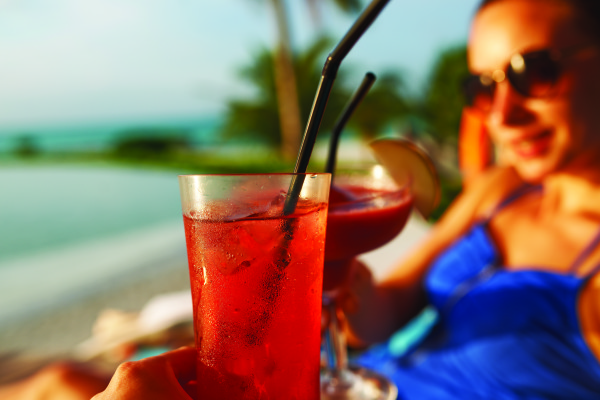 I was a bit naıve when I became a mum. And I don’t just mean about the HUGE amount of work involved in taking care of a baby. Everybody gets whacked around the face with that one. It was more to do with how the woman I thought I was before childbirth suddenly turned into someone altogether different, and how I’d be required to get to know her all over again, whilst also trying to get to know my newborn. And we all know how long that takes. The timing couldn’t have been worse.

In my case, the old Orla legged it out of the hospital just as soon as my baby entered the world. That self-assured, laid-back, emotionally stable version of me ran as fast as she could, bellowing, “Taxi!” I don’t blame her, although I do sometimes think she could have waited until they had finished stitching me up. That’s just manners, right? But, as she gleefully waved from the back of that speeding cab, she left behind a terrified newborn woman, desperately wishing I was in that car with her.

The thing is, I liked the old me. She had conquered her demons. Shouting was something she hadn’t even thought about for the vast majority of her gloriously self-involved 20s. Anger had no chance of ever overcoming her, what with all the personal time she had to contemplate her life lessons. And as for guilt? Well that was something she didn’t give even the tiniest of thought to. But Orla 2.0?  She was a whole new animal. She thought and felt things I didn’t even know were possible: Shouting as a new way of communication. Anger at creating herself anew as a 24/7 carer of a baby, who literally never stopped crying. I mean, who knew anyone could feel irritated by a beautiful baby boy? Guilt became a layer of new tight-fitting clothing that she had never intended to buy, let alone wear. But man, was it difficult to take off at the end of the day! Or at any time actually. “Should I have breastfed for longer?” “Should I have put him in his cot instead of letting him sleep in his stroller?” “I should be holding him more, shouldn’t I?” She spent most of her time “should-ing” all over herself.

Needless to say, I wasn’t very fond of the new me. And with the old version slowly becoming a distant memory, the idea of even trying to get to know her wasn’t the least bit appealing.

So I ignored her completely.

Until one day when the old me called me up out of the blue. She’d been sipping cocktails by the pool when she realised that something just didn’t feel right. A part of her was missing, she said. And that part was me. So, after a little conversation, we agreed to get together to see if we could come up with a new version of Orla that was acceptable to both of us – one that combined her fun, carefree attitude with my newfound understanding of life from that clearer perspective of parenthood.

Which is exactly what we did.

And although she never apologised for her total abandonment of me at a time when I really could have done with her support, I knew she was sorry. She simply couldn’t cope with the changes that were coming. But, the truth is, I’m grateful she ran away. If she hadn’t, I’d never have known how important her fun and laughter were to my happiness. And I’d never have known that my happiness would make such a HUGE difference to the happiness of my family. Turns out that getting to know the new me was just as important as getting to know my new baby – and definitely just as rewarding.

Orla Breeze
Orla was born in Dublin, one of several children in a large Irish family. Yes, it was chaotic at times, but there was always someone to play Monopoly with! At 23, she moved to the UK to live a glamorous life in media. (Well, if you call living in Manchester glamorous.) Three years later, she was transferred to Hong Kong, where the glamour really began. (Well, if you call living on Lamma glamorous.) Fast-forward three years and, after a brief stint back in Ireland, she triumphantly returned to Hong Kong, where she wasted no time getting engaged, married and pregnant. After deciding it was time for a career change, she launched an online parenting magazine whilst training in Emotional Freedom Techniques. Two more kids, a move to the UK, and yet another triumphant return to Hong Kong later, Orla now runs a variety of parenting workshops, which you can learn about at www.orlabreeze.com.

As much as we may want to, it's impossible to watch your baby round the clock. Here are the 5 best baby monitors of...
Read more
Interiors & Shopping

It’s a well-known fact that a quality sleep is essential for our overall well-being. But how to ensure you reap off the whole benefits...
Read more