Reading Time: 5 minutesWait a minute – what was that? Am I dreaming? Did my five-year-old just say “thank you”? Unprompted? A small miracle, although we still haven’t achieved this automatically with “please”, “excuse me”, looking at people during a conversation, putting others first or, of course, the more complex world of table manners. It’s a familiar, never-ending daily adventure for exhausted, busy parents who wildly underestimated how much of parenting involves drill sergeant-like tactics to train young children how to behave.

Child development and etiquette experts claim that today’s busy lifestyles are leaving manners behind. And that without manners, children will not have the road map to be able to interact thoughtfully, respectfully and empathetically with others in almost every situation they will encounter. We all have days where we wonder when they will “get it” and are tempted by the idea of relaxing our standards after nagging for the gazillionth time. And when we are all stretched and stressed with overscheduled children, who has the energy and time to keep instilling manners? Or wait – this being Hong Kong – it appears that teaching manners can be outsourced, too.

Six years ago, Kristine Stewart moved to Hong Kong from her native Canada as a teacher at a private primary school. She was impressed by how academically focused her students were but was struck by how much they lacked social interaction skills. When she offered summer “etiquette camps” at some of the international clubs, the response was so overwhelming that Kristine retrained as an etiquette consultant and now runs Society West – The Hong Kong Institute of Etiquette, which offers classes to children in everything from dining etiquette to interviewing skills.

“The most challenging aspect of teaching manners to children is making it fun,” she says. “When children are taught table manners at home, parents often make it a negative experience with ‘stop that’ or ‘don’t do this’. Helpers also can have a negative attitude because they don’t have as much invested in the child as parents do and can become frustrated more easily.” Kristine’s classes feature songs and games to teach table manners and role playing to teach children how to introduce themselves, answer the phone, address adults and show good sportsmanship.

Integrating manners into educational curricula has become a hot topic in educational circles over the past few years, with feisty arguments about whether parents or teachers are responsible.

The Australian Institute of Manners supports teachers and parents of pre-school and primary school children with a manners education programme. In the UK, there has been a recent debate over whether secondary schools should mandate lessons in good manners, punctuality and tidiness amid concerns that pupils are failing to develop “character”. Anita Kulick, president and CEO of Educating Communities for Parenting in the US, believes children should be learning manners alongside reading, writing, maths and all the other subjects required for living a productive lifestyle and satisfying life. Alice Kaushal, etiquette coach and managing director of Refine Consulting, has a truly global grasp of manners. Alice grew up in Uganda with parents originally from India and has lived and worked in the US, Canada, Germany, Malawi, Singapore, Australia, mainland China and Hong Kong.

Alice says the contrast between Western and Asian cultures means that parents must make an extra effort to ensure their values are reflected by everyone involved in raising their children. “It is customary in Asia to indulge and spoil small children, so it’s important to teach helpers [and any other caregivers] which manners you wish to instil in your children and the reasons why you are doing so,” Alice says. If children are often eating with people other than their parents, those caregivers might not use or encourage the same table manners that Western parents consider appropriate for their own home cultures.

Alice claims that if manners are not taught to children during their formative years, they may face challenges when they become university graduates who are applying for their first job. “Before the economic fallout a few years ago, ‘talented terrors’ were permitted. But today, even the most exceptional job-seekers need to be able to fit into a team, and you cannot do that unless you have the skills to make people like you,” Alice says. “Manners are an external expression of how we show consideration of other people. Situational awareness, or the ability to read and respond to other people, as well as respecting others, are essential qualities for the top jobs.”

The top three manners that Alice says children should learn by primary school are: 1) the ability to say thank you properly and with a spirit of gratitude, 2) the ability to greet and say goodbye to others with significance and 3) the art of conversation by displaying an interest in other people.

“The most difficult aspect of teaching basic manners to children for parents is to divorce themselves from their own technology so that they can demonstrate situational awareness to their children,” she says. “The only way parents can guarantee their child’s success is to help them develop the ability to form relationships, and they cannot do that if they are constantly checking gadgets in social situations.” 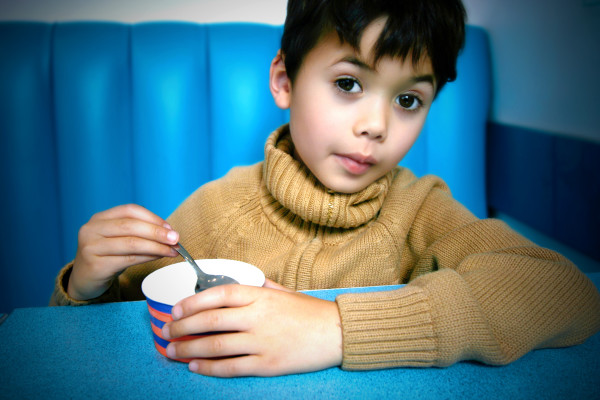 Jane is a mother of three children, aged seven, eight and ten. Originally from England, she and her family recently relocated to Hong Kong from France and were living in Australia before that. She believes that manners have been the key playground survival skill that allowed the children to more easily adjust to new schools and friends with each move.

“My advice to the children whenever we moved was to smile, look people in the eye and be polite,” says Jane. “That was all they had when we moved from Australia to France because they didn’t speak the language. People read their behaviour in the absence of an ability to converse, and this resulted in good reactions from their teachers and fellow students. I later learned that, when they heard that one of their old friends in Sydney was moving and nervous about making new friends, our children advised him not to worry because if he smiled and was polite, everything would be fine.”

“My advice to the children whenever we moved was to smile, look people in the eye and be polite.”

Sarah Shaw, a mother of two boys, aged three and five, hopes that treating her two helpers with the same respect as everyone else helps demonstrate to her children that manners should be consistently applied to everyone in any situation. “Hong Kong can be a bubble with such privileged lifestyles, so we try to focus on teaching the boys that whoever they are speaking with, they have to mind their manners, because if children think they can act differently with different people, that’s when the trouble starts,” Sarah says. “Having helpers in the house can provide teachable moments that allow children to observe how adults interact in different situations. It’s also important for helpers to enforce the disciplinary approach of parents; otherwise the children will not understand what is consistently acceptable.”

CBD, or cannabidiol, is a compound found primarily in the flowers and leaves of the hemp plant. Its benefits are numerous, with many using...
Read more
Trending Now

When Exercise is Too Much: CrossFit and Rhabdomyolysis

Whether you’re a regular CrossFitter or brand new to an exercise regimen, there’s a little known condition you might want to be aware of....
Read more